Can the dreams of a lonely teenager come true as she matches her child psychologist with her father to form the perfect family?

Imagination can be a source of comfort and of creativity.

"Kathleen" was the first film to showcase Shirley as a teenager.

Montague concludes that Kathleen is lonely. He favors:

He is concerned that Kathleen:

Kathleen appreciates Angela’s intelligent sensitivity. She confides to Schoner that the girl on the hill is feeling much happier. She convinces John to dine at home. She matches Angela and John.

John chats with Angela about imminent marriage. It disappoints Angela that John contemplates marriage with Lorraine, not herself. But per Montague’s advice, Angela encourages Kathleen to try to like Lorraine. Kathleen fantasizes about:

Moving men (Monte Collins, James Flavin) are at the antique shop. Schoner is relocating to Philadelphia, Pennsylvania. Kathleen reveals that she is the girl on the hill. Schoner suggests meeting Angela. Angela turns Kathleen and Schoner down.

John asks Angela to keep Kathleen company during his and Lorraine’s wedding and honeymoon. Angela chides John for marrying Lorraine and neglecting Kathleen. She gives notice. Kathleen leaves a note about feeling unwanted.

Another wonderful review and beautiful pictures :)

How does a character played by six-year-old Shirley Temple change horse racin... 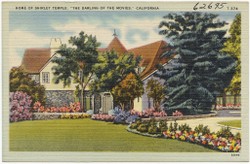 Shirley Temple as Corliss Archer worries her parents with teen-aged antics but also helps the USAF and USO in the 1945 film version of "Kiss and Tell."
34%  2   4 DerdriuMarriner
Drama 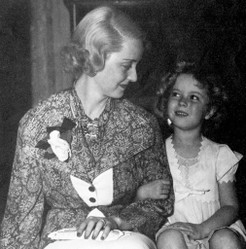 Film Review of Little Miss Marker: Shirley Temple in 1934 Drama as Marker for a Bet in Horse Racing

How does a character played by six-year-old Shirley Temple change horse racing in the 1934 film version of "Little Miss Marker"?
Loading ...
Error!