Film Review: The Devil's Own

The Devil's Own is an action thriller drama that follows actions and crimes from one side of the Atlantic to the other, from Belfast, Northern Ireland, to New York City, U.S.A.

Irishmen and Irishwomen associate with Irish Americans in unexpected ways in the action drama The Devil’s Own.
• The crime thriller brings audiences full circle from one rural family’s experience with assassination in an isolated Cookstown District home near Northern Ireland’s largest freshwater lake, Lough Neagh, in 1972 all the way to stand-offs in the waters around New York City 20+ years later, in winter/spring 1993.

It considers the impacts of English and Irish political disagreements upon Irish Americans who seek to forge sometimes different, sometimes similar experiences, identities, memories, and opportunities on the pond’s west side from Northern Irelanders on the pond’s northeastern configuration as:
• the Celtic and Irish Seas; and
• the North and St. George’s Channels.

In "The Devil's Own" Frankie's father is murdered in front of his family in their isolated home in Cookstown, County Tyrone, Northern Ireland.

During the Troubles, which lasted from the 1960s to 1998, Cookstown experienced outbreaks of violence despite history of cordial relations between Catholics and Protestants.

Francis Austin McGuire’s (Shane Dunne) father (Martin Dunne) dies -- saying grace (“Bless us, o Lord, for these Thy gifts which of Thy bounty we are about to receive . . .”) with daughter (Samantha Conroy), son, and wife (Gabrielle Reidy) -- from an anti-Republican, masked gunman's four bullets.

As Rory Devaney, Frankie goes through Newark on February 21, 1993.

He judges as less important helping Rory save Sean Phelan (Paul Ronan) from Billy’s ransom demands than turning Rory over to Harry.

It was the only film that he made with Brad Pitt. It was his second film with Harrison Ford, whom he had directed in Presumed Innocent (1990).

So The Devil’s Own nudges audiences through Ireland and the northeastern U.S.A., with:

Acknowledgment: For food and clothes and all that grows, for Irish/Irish-American families too, dear God, thank you!

"The Devil's Own" was the last film directed by Polish Jewish American film director, producer and writer Alan Jay Pakula (April 7, 1928-November 19, 1998).
It was the only film that he made with Brad Pitt. It was his second film with Harrison Ford, whom he had directed in Presumed Innocent (1990).
Alan Pakula promotes Presumed Innocent for its Friday, October 26, 1990, release: Towpilot, CC BY SA 3.0, via Wikimedia Commons @ https://commons.wikimedia.org/wiki/File:Alan_J._Pakula.jpg

Four days later Diana and her two sons, 12-year-old Harry and 15-year-old William, viewed "The Devil's Own" at Kensington Odeon in west London.

The Devil's Own ~ DVD ~ available via Amazon

The Devil's Own ~ Amazon Instant Video: Rent or Buy with 1-Click®

The Devil's Own ~ original poster ~ available via AllPosters

Film Review: Volver in Spanish, To Go Back in English, by Pedr...

Volver by Pedro Almodóvar mixes comedy, crime, romance, and tragedy in a dram... 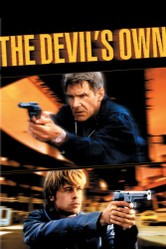 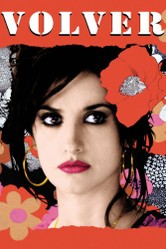 Film Review: Volver in Spanish, To Go Back in English, by Pedro Almodóvar

Volver by Pedro Almodóvar mixes comedy, crime, romance, and tragedy in a drama film about the opportunities linked to cemeteries, inheritances, and restaurants in central Spain.
21%  0   3 DerdriuMarriner
Drama

How does a knobby-kneed racehorse impact on characters played by Barry Fitzgerald and Shirley Temple in the 1949 film version of "The Story of Seabiscuit"?
Loading ...
Error!