Walt Disney wasn't the first to exploit Florida's way of life. Savvy businessmen gave the Indians the boot to build a health resort aimed at parting tourists from their money.

What's the first attraction that comes to your mind when I say Florida?

Well, beginning in the late 1830's, the answer would have been White Springs.

Florida's first tourist destination, surprisingly, was a health resort on the banks of the Suwannee River in White Springs, Florida.

We only think Disney is the authority on tourism.

It turns out, everything Disney employs to lure visitors to its parks and keep them happy was done before in the 1800's.

Thankfully White Springs no longer reeks of commercialism, and today's tourists can enjoy a vibrant community and experience the real Florida. 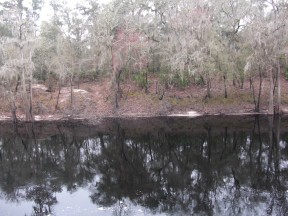 As a Floridian, I hate tourists. There, I've said it.

With their RV's, white legs, and weird accents, they just invade my space and ruin my solitude.

It's a problem native Floridians have had for over 500 years.

The Timucuan Indians had lived in the White Springs area for centuries, enjoying the sacred waters that bubbled from the earth.

Then in 1832, they experienced Florida's first invasion of northerners that arrived in a house on wheels, spoke an incomprehensible language, and didn't have a tan.

Unfortunately for the Timucuan people, these snowbirds didn't go back home to the north for the summer. Instead, they forced them out of their land and took it for themselves.

These invaders from the North weren't looking for a warm place to retire and play bingo, they were looking to find their fortune. These settlers found it in the mineral springs that flowed into the tea-colored Suwannee, and they quickly realized they could make a killing by selling its health benefits. To bring visitors in, they ran advertisements in cities as far away as Philidelphia.

Thus was the beginning of Florida's first tourist trap.

Build it and They will Come. With Money.

Businessmen from all over built nearly 20 hotels and boarding houses in White Springs to cash in from the tourists who were flocking here in droves.

But to build a good tourist trap, you've got to have amazing accommodations with first class amenities.

Two hotels here did just that: The Colonial and the Telford. Their owners knew what worked, and it's a formula Disney World still uses to attract visitors to Florida.

Pair luxuries tourists can't get at home with an experience they can't get anywhere else on Earth, throw in a great view, and you've got a winning hotel.

Sadly, the Telford is the lone surviving hotel. Like the people who built it over 100 years ago, the present owners still treat visitors to a comfortable bed and a great meal.

Though tourists irk me, I'm not above being one myself.

I first dined at the Telford Restaurant when I was 13. I was so impressed by the hotel, I vowed I'd spend my honeymoon there. My childhood dream, sadly, didn't come true. But now that I've heard rumors the hotel is haunted, it's renewed my interest in staying there a night or two.

The Telford Hotel as it Stands Today

Stop by for lunch, a long weekend, or a visit with dear departed guests.

The Spring House: The Happeist Place on Earth in 1903

Tourists could take in the waters, see a physician, have a snack, and socialize all in one amazing building.

State of the art architectural design that is functional, as well as entertaining?

Staff on call to serve refreshments and make sure visitors have an amazing experience?

Cater to those who have money to spend, and give those who don't a chance to dream?

Bathhouse owner Minnie Jackson made sure the only bathers that dipped in the springs were paying bathers, and like Disney, she had the vision to anticipate the paying public's every need.

Whether customers were in need of a doctor's service, modern medical treatment by way of the spring, or refreshments, the bathhouse supplied it all.

But, as with all major tourist draws, favor quickly fades and the crowds move on to the next "happiest place on Earth."

The next "happiest place on Earth" opened in the 1970's, and tourists were bypassing North Florida altogether to see a certain mouse that had taken up residence in Orlando.

Today only the top floor and coquina walls remain of the original bathhouse, but it is still open to visitors who want to see what is left of Florida's first real tourist attraction.

I've walked around the deck many times during my lifetime, and I have a love/hate relationship with the spring house. As a lover of history, it's a great feeling to be able to stand there and imagine early tourists taking in the waters.

However, the spring house also gives me a darker feeling. The view of the river is amazing, but the inside pool unnerves me. Something about the water swirling around below just makes me uncomfortable and I can never stand in one place very long.

A museum and park dedicated to the songwriter who wrote Florida's first jingle.

Walt Disney wasn't the first person to pair a catchy song that visitors can't get out of their head with an attraction.

It's cheesy, but it works. How many of us know the words to It's a Small World whether we want to or not?

The businessmen in White Springs did just that. They took a popular song about Florida that was written by Stephen Foster, who had never set foot in the Sunshine State, and built a museum and park in his honor.

In reality, Old Folks at Home was Florida's first commercial. When it was written in 1851, Florida was still a fledgling state. Most still considered the land here a frontier.

By writing a song whose sentiment was that of someone longing to go back home and be a kid again, Stephen Foster effectively spoke to the inner child of adults everywhere.

Knowing the impact Old Folks at Home had had on Florida and thinking it could improve waning tourism, the leaders of White Springs sought to build an attraction that could equal the popularity of the spring.

White Springs isn't a tacky attraction anymore, it's a place to see the untouristy side of Florida.

In 1950, the Stephen Foster Folk Culture Center opened its doors. The park entrance sits just feet from the bathhouse.

The Center has evolved to keep up with the times. Not only is it still home to the Stephen Foster museum, it now seeks to preserve Florida's natural and social history.

Artists displaying primitive skills, such as weaving, blacksmithing, etc., occupy cabins in Craft Square. Here visitors can learn skills that were common to early Floridians, and buy the artists' wares as well.

I bring my out-of-state visitors here often when I want to show them a bit of real Florida. To me, the park seems logical. But until my friends brought it up, I had never thought of it being odd that a whole park was dedicated to a man who had never even been to Florida.

I say how much weirder is a park that's centered around a talking mouse?

Inside the museum, moving dioramas, personal items, and videos effectively tell the story of Stephen Foster's life and his songs.

As a pianist, I find the rare and antique pianos the most interesting. A few were owned and/or played by Foster himself, a few were donated by philanthropic Floridians.

Like all good tourist attractions, weird and famous go hand in hand.

You'll never see a weirder piano than the von Janko, and the Steinway grand piano has the pleasure of once being owned by Andrew Carnegie.

Want to Visit White Springs for Yourself?

Maybe someday Disney will be this peaceful.

Nature lovers will love everything the Suwannee River Basin has to offer. From riding rapids, to horseback riding, no outdoorsperson will be bored here.

For a bit of Florida culture, a visit to the State park is entertaining, as well as informative.

In addition to the museum, visitors can enjoy the world's largest carillon tower, and see Craft Square where artists demonstrate various crafts. Blacksmithing, leatherworking, spinning and weaving, and pottery are just a few of the skills local artists demonstrate for the public.

The Center hosts monthly special events that are extremely popular. Each month features something different, and no event is repeated during the year.

How to be a Good Florida Tourist

Visit other attractions, like White Springs, in addition to the big theme parks, to get a sense of the real Florida. That and don't wear socks with sandals.

Florida has so much to offer tourists, but so many visitors assume the only thing to do here is go to the beach and visit the mega theme parks.

A meandering river, interesting history, and even Class III rapids are what visitors can experience just in White Springs alone.

There's many more towns and cities across Florida that have just as much, if not more, things to see and do.

So if you're headed to Florida to soak up rays or ride rides, at least be a good tourist and make time to visit the real Florida.

Where is White Springs, Florida?

There's much more to see and do in this part of Florida than can be contained in one article. To be a good tourist and include the White Springs area and places like it in your next vacation to Florida, contact the Nature and Heritage Tourism Center to plan your visit.

Wow, I'm surprised you know where it is! Howdy neighbor!

I'm also a native Floridian. 4th generation. I enjoy the pre-mouse tourist attractions too. I haven't been to White Springs since I was a young girl.

Thank you! Parts of Florida are very beautiful

Interesting, I would love to visit Florida sometimes, it is definitely in my wishlist :) Great pictures!

Interesting history and I love the images! I definitely don't have a tan, but when I wear sandals they're sockless!

Oh thank Heaven!
I'll let you in on a secret. I'm a Floridian and I don't have a tan either :)

Interesting history and I love the images! I definitely don't have a tan, but when I wear sandals they're sockless!

They might as well wear closed shoes :) I don't know why they wear them that way, but it looks strange

Thank you! Maybe one day you'll make it

So nice!! And that comment of "don't wear socks with sandals" made me laugh so hard. Maybe some people don't feel comfortable with exposing their feet or something. And some older folks also have cold feet. So I can understand them. But I surely prefer exposed feet in sandals :)

The city sprawl and asphalt can make visitors think Florida has been paved ov... 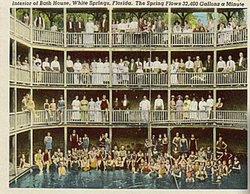 Before Walt Disney World and Seaworld there was Marineland. Learn the history of the park and why even after 75 years Marineland is a must-see attraction.
83%  15   6 AbbyFitz
Florida 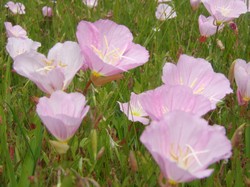 The city sprawl and asphalt can make visitors think Florida has been paved over. But Florida, particularly North Florida, is home to an abundance of colorful spring wildflowers.
Loading ...
Error!