Have you ever sat there and wondered whether French fries are really French? Wonder no longer!

How did the misnomer come about then? In the 19th century, Danish bakeries hired several Austrian bakers who made the pastry. The Danes later altered the recipe by adding more eggs, creating the so-called Danish pastry. This was then popularised in the 20th century when a Danish chef made the pastry for the wedding of President Woodrow Wilson in the USA. The name Danish pastry caught on.

French fries aren't really French. In fact, they are Belgian and have always been Belgian. Still, if you ask a Belgian for French fries they most likely will know what you are talking about.

It is not known for sure why they are called French fries, but one of the more popular ideas is that during WWI when American soldiers were in Belgium they were served Belgian fries, but due to the fact that at the time the Belgian Army spoke French the Americans called them French fries.

Again, not from the place that the name suggests. Hawaiian pizzas are actually from Canada!

The most likely reason for them being named Hawaiian pizza is because it sounds more exotic, and the pizza topping is ham and pineapples.

Ah, something that is, in many people's minds, solidly French. Well, I'm sorry for ruining it for you but they originate from Vienna. That said, they're still fairly French as they're a staple for French bakeries.

It's a very Scottish dish, but it did not originate in Scotland as far as we know! The first recipe was from England.

Many people associate curry with India, but the curry in India is very different. British curry was made in Britain to suit the British taste. So the curry that you most likely know is a British thing!

I've learned so much from this! As for curry, Balti was invented in Birmingham too. I had no idea that haggis was first seen in England! 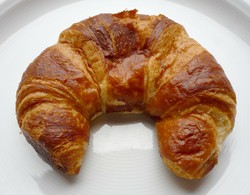 Save the buttons from discarded clothing and recycle them as fun, hands-on math manipulatives. What could you learn with a collection of old buttons?
100%  24   22 tandemonimom
Homeschoolers