Why France is called France?

Have you ever wondered what caused the change in language and people from Gaul to France?

When France was Gaul

During the ancient era, the area that makes up modern France was inhabited by the Celtic people, the Gauls and they spoke the Gallic language. The land then was called Gaul. Gaul, as was most of Europe, was taken over by the Roman Empire. However, what caused the change? It is, of course, linked to the Roman Empire, but it was not the Romans that changed the name.

In the waning years of the Empire, a Germanic tribe called the Franks (meaning free people) started to raid Gaul. Over time the raids turned to conquest, and they started to settle in the lands of Gaul. The language spoken at this time by the Gauls was a mix of both Vulgar Latin and Gallic, however with the Franks settling in Gaul they became the ruling elite and added some of their own, Frankish vocabulary and phonology to the language spoken at the time. As Francia (the kingdom of the Franks) developed into a kingdom, the Franks began to adopt the language that the majority of the people used. Over time what was spoken - as well as the people - came to be called after the ruling elite, the French.

However, French identity was not as it is nowadays. France - and the French - only existed in the east side of modern day France. Many duchies and counties were independent, even though they still spoke dialects of the language spoken at that time.

It was not until the late 15th century that the power changed from being feudal to a centralised state. It was around this time that the people started to call themselves French.

What of Brittany? The people of Brittany - the Bretons - were people that were pushed out of Britain by the Anglo-Saxons and settled on the peninsula. These people speak a language similar to Cornish and Welsh, and although they are politically French many of them do not consider themselves to be so due to their surviving language and culture. In fact, there is even a website petition for Brittany to be an independent state.

There is also Normandy. This land was given to Norse Vikings from Denmark after they pillaged along the River Seine and the French king had enough. Their land was a duchy and their leader, Rollo, was the first duke. These Scandinavian people became the Normans and introduced a great deal of Scandinavian words into the French language, and they even had their own Norman dialect. It was not until much later that they considered themselves to be French, however due to the fact that their language was similar to French they assimilated a lot more easily than the Bretons did.

This is incredibly interesting.

Never thought of this. Interesting.

Few men have attracted so many myths and legends to themselves as Maelgwn Gwy...

Occasionally a name leaps out of the annals of history with such force, that ... 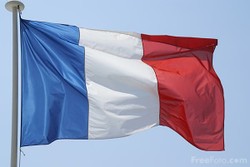 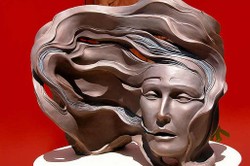 Few men have attracted so many myths and legends to themselves as Maelgwn Gwynedd. But perhaps there's a very good reason for that.
80%  13   6 JoHarrington
Dark Ages 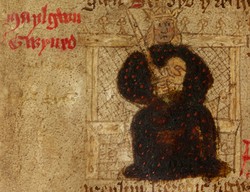 Occasionally a name leaps out of the annals of history with such force, that you just have to run with it. Maelgwn, ruler of Gwynedd, tested the patience of two saints.
Loading ...
Error!