"So put your rockstar jacket on. Everybody play along." ~ Just Like a Rockstar by the Fresh Beat Band.

If you are not familiar with this song than you probably have not been watching Nick Jr. for the past few weeks! This popular song by the Fresh Beat Band is aired continuously to promote their first Live Concert Tour.

In this music video, the Fresh Beat Band is in concert and they are all wearing their signature Rockstar Jackets. They even pull a kid up onto the stage and give him a rockstar jacket.

Now all Fresh Beat Band fans want their own rockstar jacket, especially if they are attending the concert this year. The problem? Nick Jr.is not offering this item for sale. So, you could say that Nick Jr. completely dropped the ball on this one. There are many disappointed kids and frustrated parents out there right now wondering how Nick Jr. could have missed the obvious. If Nick Jr. had marketed their own version of the Fresh Beat Band rockstar jacket, their fans would have been happier and they would have had a nice chunk of money in their pocket.

However, there is still hope! If you are a parent desparately searching for a Fresh Beat Band rockstar jacket, this page features places where you will be able to buy one. These jackets are in very high demand, so they may not last long! 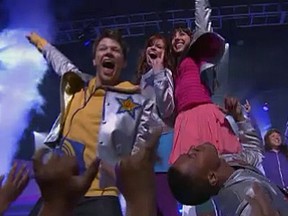 The good news is that K-Mart is selling a Route 66 silver, metallic jacket.  This jacket is very similar to the Fresh Beat Band rockstar jacket.   The bad news is that most of the stores are completely sold out especially in the smaller sizes.  If you have a K-Mart near you, it would not hurt to take a look to see if they still have some in stock.

If you are unable to find one at your local K-Mart, you may be able to purchase one online.

Once you have the jacket in hand, you can embellish it with the Fresh Band Band signature rockstars.   You could create your own rockstar iron on's or purchase them online.

Each Fresh Beat Band character has their own rockstar color;  Twist is Yellow, Shout is Orange, Kiki is Pink and Marina is Purple.  Stars should also be accented with glitter.

Silver, metallic jacket that will make your child look Just Like a Rockstar! 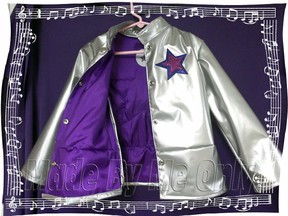 Seller Made By Me Only offers custom made Fresh Beat Band rockstar jackets.

These rockstar jackets are handmade from scratch with silver pleather.  They are also fully lined with the same color as the rockstar.

You can order the jacket in any color/character you would like and they are available in sizes 2T,3T,4T,5T,6 and 7.

They are currently working with a 3 week turnaround time, so get your order in early if you need your jacket soon.

Make your own rockstar jacket with this shiny, silver pleather fabric

Don't have tickets? It is not too late to catch the show! 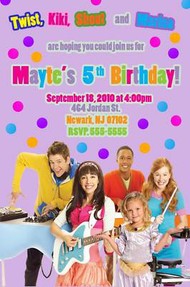 One of the links on this page will take you to Etsy, there you can purchase a custom made Rock Star Jacket in size 4T. Hope this helps!

HI DO YOU HAVE THE ROCKSTAR JACKET ON SIEZE 4T?

I am not familiar with the show. After watching the video I can say Fresh Beat Band offers good fun and now I want a jacket for myself too!
;)

My son is 7 and he really enjoys this show. It has fun plots and catchy songs. :)

What a fun band and jacket. I can imagine many a kid would love both the band and the jacket. Nice gift ideas, thanks :)

Get ready to sing and dance at your Wiggles birthday party celebration!

Have a Sew Cute and Sew Magical Lalaloopsy birthday party for your daughter! 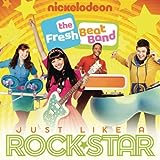 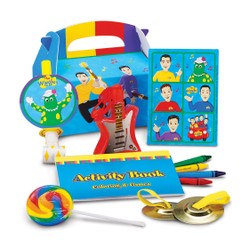 Get ready to sing and dance at your Wiggles birthday party celebration!
68%  6   5 Janet21
Birthdays 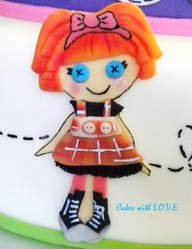 Have a Sew Cute and Sew Magical Lalaloopsy birthday party for your daughter!
Loading ...
Error!