It has long since been torn down but Honolulu Stadium was THE place for sports in Hawaii.

Opened on November 11, 1926 Honolulu Stadium has been the home to many sporting events and Stars of the day performed there. Elvis Presley performed 2 shows in one day. Baseball Great Babe Ruth played here for a benefit. Reverend Billy Graham had a Crusade one night.

But the big events were High School football during the Fall and baseball in Summer. During the 1960s and early '70s fierce rivalries would explode between the city schools that would draw sellouts or near sellouts every Friday and Saturday nights. But what I loved was going to the baseball games during the Summer School vacation.

In 1960 the Pacific Coast League awarded a Franchise to Honolulu replacing the Sacramento Solons.   After a contest to name the new team, the Hawaii Islanders debuted in 1961.  The team played here until 1987 when the owners moved the franchise to Colorado Springs.    In 1975 a new multi-purpose stadium aptly named Aloha Stadium opened it's doors and the Hawaii Islanders started playing at their new home in 1976.

Aloha Stadium was built outside the city limits and was about 15 miles from the old stadium so the Islanders failed to draw the city fans that always supported them in the past.  On top of that, the Stadium Authority did not want to share the parking and concessions money with the team and without that money the team struggled to survive.  After trying for 11 years to get a share of at least concession stand money, the owners packed it all in and moved the team.

Doubleheaders Were The Best---- Two Games For The Price Of One

Since I lived close to the stadium my Parents allowed me to go on the weekends.  The teams would normally play a 5 game or 6 game series usually ending on Sunday.  If a game was rained out during the weekday it was a good possibility that it would be made up on the weekend as part of a doubleheader.  In those days they played games back to back.  The second game would be played 30 minutes after the completion of the first game so in reality you paid one price to see two games, what a bargain, but of course the money that you saved would go directly into the concession stands.

The Concession stands had the normal fare, hot dogs, hamburgers, soda, candy, ice cream but the big seller was beer and boiled salted peanuts.  There would be guys roaming the stands hawking their wares, shouting, "ice cold beer, peanuts" "Peanuts, beer" and the strange part is most of them only sold those two items.  If you wanted something other than that you had to go to the concession stand.

For some unknown reason the hot dogs were fat and the burger patties were so thin.  Burgers were about 25 cents more than hot dogs so you know which sold more.  I swear you couldn't close the bun since the hot dogs were huge, almost jumbo size.  The Stadium also sold Saimin which I think was the S & S brand cause the company who made that brand of saimin was very popular back then.  The Saimin came in I think was about an 8 ounce cup which included a small slice of Kamaboko (Japanese fish cake) and a few chopped green onions.

I always sat in the stands on the 3rd base side close to left field.  The stadium was square in shape and because of this,  right field was not that far from Home plate.  If you ever saw Fenway Park in Boston and the left field wall they call the "Green Monster", that is how right field was.  Instead of a wall, a high fence was put in right field but it did not stop players from hitting the ball over it.

Finding Money Under The Stands

Unless you sat behind home plate, the stadium had no seats.  You sat on wooden bleachers and each had slits so you could actually see people walking under the stands.  Of course when people pulled money out of their pants pockets they had to be careful they don't drop it cause it  would undoubtedly end up under the bleachers.  I found a few coins that way.  It seemed some fans made it their profession to hang out under the bleachers just patiently waiting for someone to accidentally drop money.  Of course Security knew that too and many times they would order the fans to move on.

Every year the Islanders would host a Celebrity Softball game for charity and I think in 1972 the big headliner was Clint Eastwood.  He had just hit it real big in Hollywood the previous year with the movie "Dirty Harry" so I was surprised to hear he was appearing.  The only other person I remember was Peter Marshall who was the Host of "Hollywood Squares".

In 1970 the Hawaii Islanders led the Pacific Coast League in attendance drawing over 467,000 people.  That year they won the South Division but was beaten by the Spokane Indians 4 games to 0.  The manager that year was Chuck Tanner who would eventually manage in the Major Leagues and bring a World Championship to Pittsburgh in 1979.

Honolulu Stadium was a lot of fun to see sporting events.  The raucous crowds at high school football games and the passionate fans of baseball cheering on their hometown heroes.  After the games most people would head across the street to Chunky's Drive-In or go to the bowling alley right next door.  I would go there to play the amusement games before going home.

Honolulu Stadium was torn down in 1976 and to everyone's surprise a City Park took it's place, surprising because it's location was considered prime real estate.  Old Stadium Park now sits where different events were played for 49 years.  Those days are long gone but the memories will be forever.

I could not find free photos of the actual Stadium and I didn't want to take a screenshot of an image since it may be copyrighted. 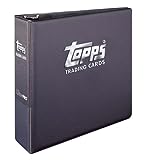 The Yankees vs Red Sox rivalry is the most well-known rivalry in sports history. You will find unique gifts featured here to show the world which team you are on.
39%  6   3 teddletonmr
Baseball