Games and Activities for Couples

If couples over 50 years ago may have considered their marriages successful if they raised children that had jobs, got married and had children themselves, this is just not enough for people today. That is only one axis on the satisfaction scale for today's couple, who are now expecting a happy sexual relationship and a close emotional tie where the partner is considered one's best friend with whom one shares secrets and dreams, failures and disappointments, as well as achievements and joy.

What better gift to get for your relationship than a classic game that has stood the test of time!

Games play a part in couples' satisfaction in their own relationship. Research into marital satisfaction over the past 50 years shows that there are changing patterns in the ways in which partners in a couple relate to one another, in their expectations, and, in fact, in the free time they invest in couples and family focused activities.

What is emerging - and this will probably not surprise anyone - is that couples today expect a greater degree of emotional intimacy than did previous generations.

Mastermind - A Challenging Game for Two

In 1970, an Israeli postmaster invented a board-and-peg version of a much older paper-and-pencil game that challenges one's logic as one tries to decipher the other person's code and he called it, Mastermind. The game became immensely popular and is now a classic.

Here are three versions of the game:

1. The original classic being sold as a vintage copy,

2. Super Mastermind, with 5 instead of 4 pegs, making it even more of a challenge,

3. A smaller traveling set that is easy to take in a purse to the beach or the park.

When buying a gift for the two of you, you want it to be the best. Most people reviewing this product on Amazon agreed it is superb. It proudly decorates many a table or shelf and its fine finish adds pleasure to the playing. You might want to invite another couple over and have a team challenge!

Cribbage - Another Classic Game for Two (or Three)

Cribbage was first developed in the 1600s in England and has grown to be a popular game in the English-speaking world.It is essentially a card game where points are kept by moving pegs along the wooden scoreboard, called a "crib".

Did You Play "Pickup Sticks" When You Were a Kid?

Have lighthearted fun playing a game that hearkens back to childhood. A glass of wine or beer would help UNsteady your hand to make it even more fun. Try not to cheat when your partner sips his or her drink and isn't paying attention!

What game do you like to play best? Any of these, or do you prefer something else?

Scrabble is a great game. I'll meet you for a scrabble challenge. Up for it?

I'm a Scabble aficionado. Unfortunately, my husband doesn't enjoy playing games at all, so I have to drum up games with my women friends or wait for my kids to come home.

You can learn a lot about a person when playing a game.
Good information about couples playing real board and card games. I have always liked UNO,The Game of Life and Scrabble.

I love the brain teaser games in fact play them a lot. This is a great idea for couples so glad you brought this to our attention. These are also fun for parents with kids, my two daughter love the brain games too. The other activities are great some I had not thought of.

One of the Greatest Love Stories Ever Told - Liu and Xu

One of the greatest love stories of all times talks about Liu, who spent 50 y...

How to be a Good Wife? 9 Qualities of an Ideal Wife

You want to be a wonderful wife to your husband, but what does it take to be ...

One of the Greatest Love Stories Ever Told - Liu and Xu

One of the greatest love stories of all times talks about Liu, who spent 50 years hand-carving 6000 steps up a mountain for his wife. Liu & Xu had to hide their love from society.
100%  16   9 Anamika
Have a Happy Marriage 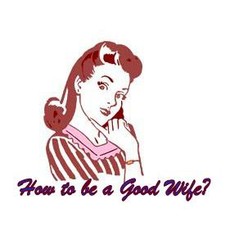 How to be a Good Wife? 9 Qualities of an Ideal Wife

You want to be a wonderful wife to your husband, but what does it take to be a good wife? What are the qualities of an ideal wife?
Loading ...
Error!