On the search for more games like Dark Souls that provide a real challenge? The difficulty in games has definitely dropped since gaming has grown in popularity.

On the search for more games like Dark Souls that provide a real challenge? The difficulty in games has definitely dropped since gaming has grown in popularity.

If you yearn for games that still provide a challenge to test even the most veteran gamers I've got a few games with a great level of difficulty that will push your skills to the limit. Now you can finally spend hours and hours trying to advance through games so difficult you'll be wondering what you got yourself into.

Like many long term gamers I welcomed what Dark Souls offered and it's received plenty of praise and attention for the level of difficulty it offered. It really took me back to the roots of being a gamer where you couldn't just look up a walkthrough for a solution.

If you know some other truly difficult games like Dark Souls then don't hesitate to recommend them in the comment section at the end of this page. 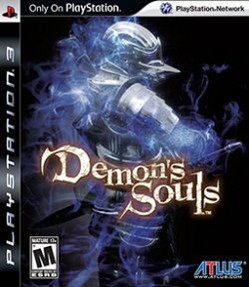 I'm still surprised at the number of people that don't know about the game that came before Dark Souls, Demon's Souls. The gameplay is very similar and just as difficult, it's not a true predecessor and more of a spiritual one but the worlds are still somewhat connected.

It's a PlayStation 3 exclusive title released in 2009, the dark fantasy and focus on loot are just as important in Demon's Souls and promises hours of gameplay as you hunt down the perfect pieces of equipment to keep you moving forward. Character creation is also really deep so recreating yourself in the game isn't too difficult and it's just as fun to create an alter ego if you want to truly role play.

Gameplay is a third person affair and offers nearly a dozen class types so you can play the style that works for you be it a large barbarian, a noble knight, an elemental mage or a nimble thief. Of course these characters have different stat and item growth potential so there is some replay opportunity if you want to play the game again as another class (I'm slowly making my way through them all).

Some people might think that Demon's Souls is an odd inclusion on a list of games like Demon's Souls but it's existence is still unknown to many so I hope that I can get out it there.

A Series Of Dark & Difficult Games Like Dark Souls 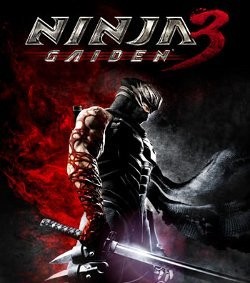 The Ninja Gaiden series is a really enjoyable series that has grown from a simple NES hit (1988) to newer editions that bring this series to more modern consoles.

These modern games (starting in 2004) act as a prequel to the original NES series so it's easy for everyone to get into the game regardless of whether or not they've experienced the games that came before it. I really like it when long running franchises do this because it means they can capture both audiences without too much difficultly.

Of all the modern games Ninja Gaiden 3 is probably the hardest and also the first with a new head developer behind the game.This definitely meant a few changes that you'll either love or hate but overall I liked the direction the game took, it tried a lot of fresh things to keep innovating on the franchise and I always find it hard to criticise on that fact.

The gore elements have definitely been turned up a notch with a new Steel on Bone cinematic option that lets you slice through an enemy with a single slow-motion swipe, it's brutal but at least you're not on the receiving end of it. You've also got more parkour style elements at your disable with the options to climb walls. You've also got some better sliding options so it feels like you're more of a ninja than ever before.

The most notable change of the third game that I loved was the lack of HUD while out of combat to encourage you to get lost in exploration.

While I've focused on Ninja Gaiden 3 here for much of this review I do encourage you to start from the first of the modern games for the best gameplay and story experience. 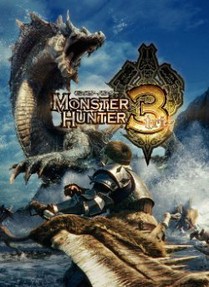 Monster Hunter is another of the long running series of games like Dark Souls that I've chosen to include here. Like Ninja Gaiden the series has developed from humble beginnings to more advanced gameplay over time. The games are all set in the same fantasy style world and focuses on questing and monster hunting.

The games have mostly focused on releases for the Playstation Portable and other PlayStation platforms but a few games have also made their way to the Nintendo Wii, Xbox 360, PC and even iOS so there is an option regardless of your gameplay. If you want to look past video games you'll also find some anime and even card games available.

Quests in the games come in all the usual sorts from gathering to hunting and capturing depending on the monster currently in the spotlight. From time to time you'll also be thrown a more important quest that prevents you from advancing into the next tier. Quests can't just be done quickly in a row though with often considerable build up required for success. This generally involves the collection of resources and items to boost your strength and chance of success which makes it a more interesting game than most. 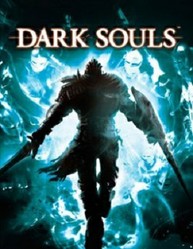