I love role playing games like Skyrim, it's a genre that I've followed from the very start of the Elder Scrolls series (1994) and I'm always looking for other great RPG adventures.

I love role playing games like Skyrim, it's a genre that I've followed from the very start of the Elder Scrolls series (1994) and I'm always looking for other great RPG adventures. On this page you'll find my top 3 games that Skyrim fans should be playing after they've explored everything that the land of Skyrim has to offer.

The role playing genre is fairly saturated, this saturation has led to many great games in this genre but also plenty of games that aren't really up to par. It's a mixed bag of goodies and I'm hoping this page will help gamers that fell in love with Skyrim explore some of the other gems in this space.

If you've got your own favourite games like Skyrim I would love to hear about them. While I've played a huge number of RPGs I still haven't played them all and always appreciate other opinions.

Which Of The Elder Scrolls Is Your Favourite? 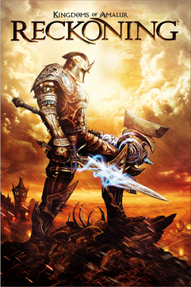 In the role playing genre I always found Kingdoms of Amalur: Reckoning to sit a close second behind Skyrim and the rest of the Elder Scrolls series. Available on all platforms it's accessible to all sorts of gamers and unlike some games it actually plays well on every platform, an unfortunate rarity in this genre and definitely something that plagues games like Skyrim in my opinion.

The game world is great in the game with some very distinct areas that have their own themes to explore. You've also got a decent level of depth in terms of character customisation, not on the same level as Skyrim but with four races and three different class trees it's the perfect balance of depth and simplicity. You don't even have to pick a class from the start with the option to turn your blank character into something you can call your own.

Combat is a little different with a more ARPG approach the blends in quick time sequences. You'll also get a powerful reckoning mode that slows down time. While I'm not usually a fan of this style of fighting the rest of the elements came together for a great RPG to me. 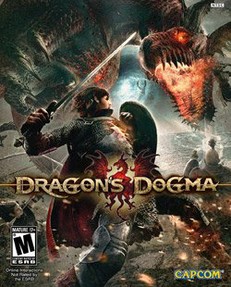 I like Dragon's Dogma because it's got dragons, which was obviously a big appeal to Skyrim for myself and other gamers. The game took combat against these beasts one step further though with the ability to jump onto the creatures to battle them. If I had to describe the game I would say a mixture of Skyrim, Devil May Cry and Shadow of Colossus, three games that I love and they all come together here.

There are also a good range of skill trees to pursue with a vocation system that lets you play all sorts of fun combinations including an archetype that I don't see enough of, the magic archer. On top of your own character you'll get to be joined by your pawn that gives the game a party atmosphere.

With open environments, impressive dragon fights and plenty of other features Dragon's Dogma definitely gets my vote as a role playing game worth trying. 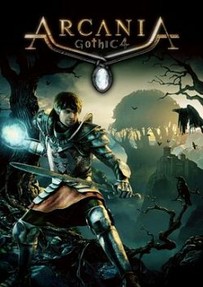 The Gothic series is a collection of games like Skyrim that I've always found very close to the Elder Scrolls experience. Starting in 2001 the series has produced four games over a decade that all take place in the same universe but aren't directly connected allowing you to jump into the game that you'd prefer to play first (just like the Elder Scrolls series).

You can play Gothic on all the major consoles but I definitely found the series is best kept to the PC platform. The series started off as a fairly hardcore style experience but has slowly been simplified as the series advanced to capture more of the casual audience.

One thing that has remained constant in this adventure though is the ability to connect with the environment on a deeper level. Most notably is the ability to hunt wild animals but also join in playing music in the local tavern and plenty of other activities to make you feel like you are within an immerse world.

Freedom is also at the heart with multiple factions to join and skill paths to pursue. At first glance you might notice that graphically the Gothic games have always just been behind the mark (making them look more dated then they actually are) but the gameplay behind it is great and I encourage fans of games like Skyrim to look past that when trying out the games.

Are These Games Like Skyrim Some Of Your Favourites As Well? 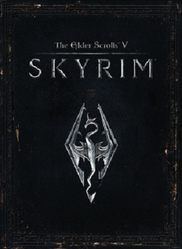