Are you looking for other games like Tribal Wars for iOS and Android? While there are plenty of online strategy games in this genre it's harder to find good quality games that you

Are you looking for other games like Tribal Wars for iOS and Android? While there are plenty of online strategy games in this genre it's harder to find good quality games that you can play on your smartphone. Of all the alternatives I've tried a few of stuck with me and I'm making this page to share these options with you.

My requirements for games to be featured here were simple, it had to have enough players in the community that the game was active enough to enjoy (a strategy game with only 100 other people doesn't create much gameplay) and it had to be available on either iOS or Android devices (preferably both). Some of these games do feature connected game worlds while others are separated depending on the device.

Please note that because these games are played over an internet connection that they will use your phone data when not connected to WiFi, don't get caught out!

Another Game By Inno Games 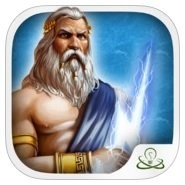 Your first stop on a search for games like Tribal Wars should definitely be the companies other popular game with a similar style, Grepolis (iOS and Android). Just like Inno Games other hit (Tribal Wars) the game started in the online world and now supports smartphone apps which can connect to the game servers to continue your adventure in your hand.

Since the game started online it already had a strong community and following which has only grown stronger since the release of the game apps in the respective stores. I had originally played the game when it was a browser game and got back into it when I was browsing the App store one day and it's come a long way since inception and I have no doubt it will continue to evolve and stay one of the top games in the genre.

So what's different to this game compared to Tribal Wars? Most notably is the game setting which instead of being medieval focuses on the mythological with all sorts of Gods and buildings that are reminiscent of ancient Greece. Not only do these buildings look and feel realistic you'll also find plenty of variety which continues in the huge variety of troops for your army.

The number of different units is over two dozen and with the 20 or so spells available the combat depth is one of the best I've seen in this sort of game. Inno Games really knows how to deliver a great experience in this space.

What I really like about Grepolis is the way that the game lets you create additional cities, I'm not a fan of the strategy games where you're stuck with a single location, I prefer to have multiple bases of operation at any time to give me more things to do every time I connect.

Everything else that you'd want in this sort of game is there with alliances and plenty of friendly trading opportunities.

One Of The iOS Exclusive Games Like Tribal Wars 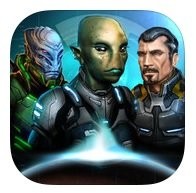 If you think that the Galaxy on Fire name sounds familiar then you'd be right, it's actually a series of space trading games that have attracted wide acclaim and plenty of praise from gamers (if you haven't played them then you definitely should).

Fish Labs the developer behind that popular series decided that they wanted to take the universe that they had created and change the game into a MMO strategy experience so they'd have a great freemium game in their portfolio. While some parts of the game are hit or miss for the most part it's a fairly fun space based strategy game and there is extra appeal if you're a fan of the original games.

Visually the game is extremely impressive with planets and battles all looking absolutely stunning, with so many games in this genre with mediocre graphics, UIs and animations it's a very nice change to have a game that's visually attractive.

Of course visuals should never make or break a game though and the gameplay also has to stand the test of time. While on release Galaxy on Fire Alliances did miss the mark on a few gameplay elements and mechanics (mostly bug related) the recent patches have taken the game to the level that it needs to be.

In the world you'll jump into the shoes of a commanding officer in one of the three main factions from the previous games (Terrans, Vossk and Nivelians). From here the universe is your oyster as you visit the hundreds of thousands of planets and battle thousands of other players in your quest for resources and fame.

If you are tired of all the medieval games in the genre and want a game like Tribal Wars that will take you across the galaxy then there isn't a better option than Galaxy on Fire Alliances.

One Of The Great Medieval Games Like Tribal Wars 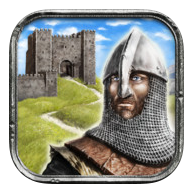 If you feel more comfortable sticking to medieval style settings then I'd have to recommend you check out Lords & Knights (iOS and Android). It ticks all the right boxes with a large community behind it (millions of installs), simple to understand gameplay and enough depth to keep you interested past the early game stages.

Of all the games I've tried for my phone Lords & Knights was the one I've had installed the longest. Based on screenshots alone I was kind of "meh" about the game but once I got my hands on it I was actually hooked, it balances simple gameplay with what is enjoyable quite well.

Part of the gameplay focuses on carefully building a castle with all the right components, an emphasis on careful planning that most games in this genre sometimes miss the mark on. With options to build or conquer more castles as you progress there is a good sense of progressions and advancement as you take your empire from a single castle to a dozen.

By combining this foundation of castle management with a large selection of units, alliances, a great trade system and a technology tree there is always strategy to consider in Lords & Knights and it's a great offering overall.

Any Of These iOS and Android Games Like Tribal Wars Suitable For You? 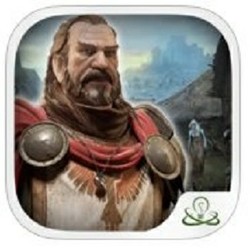