GeorgetteJohn is not My Legal Name

I never thought I would use a pseudonym. It just happened. I think my heart took control of the keyboard!

I have published my first piece on wizzley. It wasn't as easy as it should have been. I could have simplified matters by reading the instructions beforehand. I should have refrained from allowing myself to become frustrated each time I pushed the publish tab and received the same error message. Eventually, obviously, I figured it out and I breathed a huge sigh of relief. My relief was interrupted when I saw my face with an author name that wasn't mine above it! For a mere second or two panic was on the horizon. I had momentarily forgotten that I had registered for wizzley with a name that I was not born with. This wizzography will explain how it came about and hopefully prevent anyone that knows me from thinking I or someone else is engaging in plagiarism or stealing my facial identity!

When I was a child I had a speech impediment. I rarely spoke and resorted to writing as my favorite method of expression. As an adult, I have no problem speaking and sometimes I catch myself making up for the years I did not use my voice! In reality, there have been many times when I have wished I had spoken less, listened more, and never changed the tide of writing my thoughts and opinions on paper prior to vocalizing them! GeorgetteJohn is not my real name. It is the username I initially chose for one reason but stuck with for another. I believed it would provide a degree of anonymity that would provide me with a sense of true expression, without fear of criticism or ramification and then I realized that I was being rather foolish. What I write and how I write is a reflection of who I am and I am comfortable with that. Why would I want to hide behind myself?

With that said, why did I chose to keep a name other than my own? Simply because it is a variation of the names of two men I hold dear in my heart, my grandfathers: George and John. Two distinctively different men with one thing in common: they loved me, taught me, and even after their deaths, influenced my life. In part, I have been the daughter, wife, mother, grandmother and friend because they lived and shared their thoughts, their words, and were never afraid to speak them.

Individually they both demonstrated, in different ways in their lives that people can  “agree to disagree” and still show respect, that one should never judge another without “walking in their shoes”, and that a person is never too old to gain insight, have a change of perspective or to learn something new from another.

Whenever I took my children on a trip it seemed as though we would get lost.  Sometimes momentarily, sometimes a bit longer.  I would laugh and tell them it was an adventure. I also frequently encouraged them to look at their “learning experiences” as one. When they would indicate they were apprehensive about doing something or going somewhere, I would remind them it had the potential to be an adventure. It is a word commonly used in our family.  A word that has influenced another generation as my grandson frequently asks me when we are going on our next one!

I have decided it is fitting, actually an honor, to use the names of my grandfathers as I strike out alone to start writing on wizzley. I am sure it will be a learning experience, I will undoubtedly feel some apprehension, I might get a little lost at times, but I will approach it as an adventure!

I use my grandmother's name on another website I write for. I love your name.

That's lovely, Georgette. It's such a pretty name. You were very lucky to have two wonderful grandfathers! I enjoyed your article.

I like learning the story behind names and or user names, very nice read. :)K

Thank you 2uesday and humagaia for the "welcome" and the encouragement. I appreciate both!

I am willing to 'show you the way' if you get a little lost on any of your Wizzley adventures, as will be many others here at Wizzley. I am sure pretty much everyone here is on adventure of their own.[Try out the Wizzley forum to see what help can be provided, if I cannot be of service.
It is strange that you signed up under my referral as I often use the same 'adventure' idea with my grandson when we go out together. Unfortunately for my children I was not around so much for them for adventures to occur as much as I would have liked - the nature of working a long way away from where we lived (so often the case these days - so, if we can earn sufficiently by working from home, maybe family life can be more of an shared experience, with many adventures).
I hope I am a grandfather to my grandchildren like your grandfathers were to you. They sound enlightened and loving and you should be proud of them - it is fitting that you hold them in the esteem you do by perpetuating their memory in your pseudonym.
May it become well known and appreciated, as it deserves. 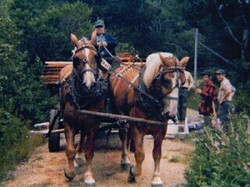