How to make and decorate a giant cupcake cake

How To Make A Giant Cupcake Cake

As if cupcakes weren't perfect enough there is also a new range of cupcake pans that allow you to make a giant cupcake cake.

These make a great cake for a birthday, baby shower or any kind of celebration.

Whether you are looking for a cupcake recipe, some cupcake icing, or just ideas to help you decide what to create it is all on this page.

Having first seen one of these at a child's birthday party, where the giant central cupcake was decorated the same as smaller cupcakes which were on a stand around the main cake I can tell you that all of the children were absolutely delighted with this cake!

On this page, not only will you find giant cupcake pans, but you will also find videos on how to decorate your cake as well as all of the baking supplies that you will need to make a giant cupcake cake.

If you are going to make a giant cupcake cake I have a few tips picked up during my own attempts at this.

Firstly, you need a giant cupcake pan, and also a product called cake release. These cupcake pans are large and have a reasonably intricate shape, so without the cake release it is very difficult to get them cleanly out of the pan.

Another tip I can share is that because of the size of the cake it tastes better if you sandwich it with some buttercream icing. If not there is an awful log of cake and not an awful lot of moisture to help to stop it seeming dry. I have also at times cut the bottom section of the cake in half horizontally and added another layer of buttercream in there too, which was delicious. .

Here is a great cupcake recipe

For full instructions to guide you through the process of using a giant cupcake pan, please watch the video below which is very helpful.

How To Make A Giant Cupcake Cake

Have a look at some of the pictures on this page for fantastic ideas on how to decorate your giant cupcake cake. As a rule you need to go BOLD with a cupcake this size and bright and colorful icing also seems to work really well. Below are just a few of my suggestions:

The taste of Blackberry Buttercream Frosting is just bursting with a sweet, j...

One of my favorite baking recipes for kids is mini chocolate donuts. Little b... 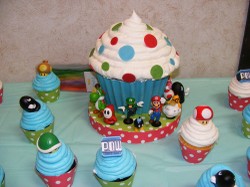 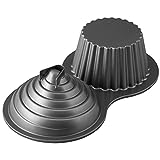 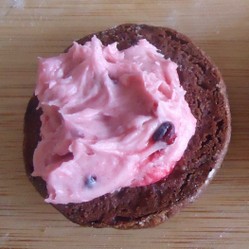 The taste of Blackberry Buttercream Frosting is just bursting with a sweet, juicy goodness that makes me crave it - always. Blackberries make the most delicious cupcake frosting.
77%  7   8 TerriRexson
Cupcakes 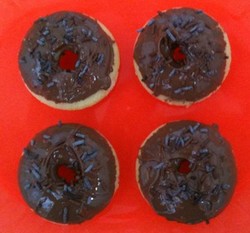 One of my favorite baking recipes for kids is mini chocolate donuts. Little baked ring donuts dipped in chocolate and sprinkles. Fun and easy.
Loading ...
Error!