The Giant Panda Bear has an uncertain future despite the conservation efforts to save this symbol of endangered species. What has been done over the last 50 years and what future awaits the panda bear.

With its black and white, almost human face, shambling gait and cuddly appearance, the giant panda is both instantly recognisable world wide and an iconic symbol of wildlife conservation. It was back in 1961 that the only giant panda in captivity outside of China, Chi Chi in London Zoo, was chosen as the representative wildlife symbol for the newly created World Wildlife Fund.

Fifty years from this date, the World Wildlife Fund has grown in strength and organisation to become one of the world’s leading defenders of endangered species, but the future for these distant relatives of the European brown bear remains uncertain.

The first attempts at conservation in China, their natural home, revolved around keeping animals in captivity and trying to increase the number of animals through breeding. At first, the conditions were appalling and every attempt to coax pandas to breed ended in failure.

Artificial insemination has been used with mixed results but the first cub was born in captivity using this method in China in 2009. More recently, research into keeping male panda semen viable, frozen in liquid nitrogen. offers the prospect that zoos in different parts of the world can cooperate in the attempt to boost panda numbers.

Recent research in the wild using DNA analysis of droppings seems to indicate that the numbers of wild pandas is greater than at first thought – possibly as many as 3,000 individuals. The difficulties in implementing a successful conservation programme are immense, but the Chinese government, aided by the WWF and other organisations, now seems to be doing all it can to boost the survival of the wild population.

Conservation strategy centres on expanding the amount of land reserved for panda habitat protection and the creation of “green” corridors which link panda territory, allowing individuals to roam freely between each of the remaining fragmented forest areas. Efforts also focus on the education of the people living close to panda habitat and the prevention of poaching.

The Chinese government’s Giant Panda National Conservation Programme has seen the amount of land now in reserve increased to 2 million hectares, with many of the reserves in the Sichuan Mountains listed as a World Heritage site in 2006.

The future for these much loved animals still remains uncertain, but brighter than at any time since selection as the symbol for all endangered creatures on this planet.

My Nature and Wildlife Blog 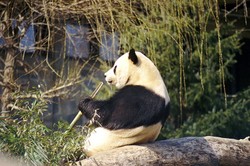 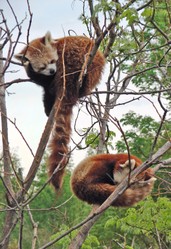 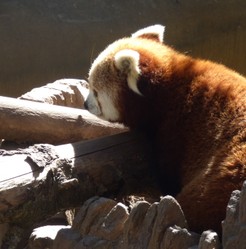