Gold Does Not Have to Be Expensive

Gold coins come in a multitude of sizes. Many are smaller than one Troy ounce, so they cost lass, much less.

Gold is one of the metals that act as a currency that works internationally in a sense. People can sell gold when they need money, and the amount of money the gold should bring in is close to what the item would cost if you were buying it. But, gold has soared to well over a thousand dollars an ounce. How can one buy gold with the price being so high?

Less than an Ounce

Gold can be found in coins, rounds, and bars with weights of far less than one Troy ounce.  These pieces are called fractional pieces.  If the piece was issued by a government or the European Union that is internationally recognized as having the authority to issue money the piece is called a coin provided it has a denomination on it, regardless of shape.  Otherwise it is a round or a bar, also called an ingot, depending on its shape.

Coins Are a Good Choice

Gold coins are a good choice.  The quantity of gold in a coin is known, and so is its purity.  Now, twenty-four karat gold is easy to find, with a guaranteed purity of 0.999, and even 0.9999.  Most bullion coins have both the purity and the amount of gold stamped on them.  Some refer to the metal as gold, others use the symbol for gold from the Periodic Table, Au.  Finding this information on the face of a coin, or on its edge, makes the metal content of the coin known.

The coin shown in the introduction is on Black Spaniel Gallery.

Gold bars and rounds are a little cheaper than gold coins.  You must trust the issuing company, and when you liquidate your gold the buyer must share that trust, or an assay will be needed.  Gold coins generally do not require an assay when they change hands.  So, you must balance a slight reduction in cost with a little more trust, and possibly an added expense later.  Companies like PAMP are highly regarded, if you choose gold bars.  And, some mints issue bullion bars.

Many countries issue gold bullion coins.  Of interest is the Gold Eagles of the United States, issued as small as one-tenth of an ounce of gold.  However, the purity is not 0.999, rather it is 0.9137.  This coin is popular in the United States of America.  The Canadian Maple Leaf is one of the purest, issued with a purity of 0.9999.  While the small amount of extra purity over a coin with a purity of 0.999 is insignificant, the Maple Leaf often commands a premium over many other gold coins, perhaps from a perspective that the extra nine means more than it really should.  The Maple Leaf is an excellent choice.  The Australians have several gold issues from the Perth Mint, including the Lunar Series, the Kangaroo, and the Koala.  In the past the Nugget was also issued.  These are also all excellent choices.  And, do not neglect the extremely popular Chinese Panda.  Many other countries also have gold bullion coins.

Some of the bullion will appreciate in value due to a demand by coin collectors.  Yes, coin collectors have found bullion to be attractive.  And, it is for the collectors that some mints issue multiple bullion coins.

The Advantages and Disadvantages of Fractional Coins

The advantages are that fractional coins are more affordable, and if you need to sell some gold you can select the coin of the right size.  Remember, if you need the value of a fourth of an ounce of gold, you cannot use an ounce coin and get the rest of gold in change.  You would have to buy, at a slight but real premium, the smaller coins that add up to the rest of the gold.

The disadvantage is that coins have a markup associated with the minting and handling process, as well as a dealer’s profit.  It cost about the same to make and handle a large coin as it does to make and handle a smaller coin.  So, the mint charges a premium.  One coin of the one ounce size has a smaller percentage markup than if you add ten premiums from one-tenth ounce coins.  So, the larger coins give you more gold for your money.  When you sell, the next owner should pay more for the smaller coins than for the larger one, but there is likely to be a greater loss with smaller coins. 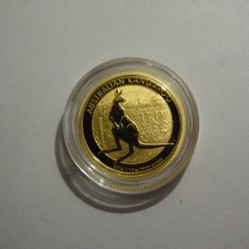 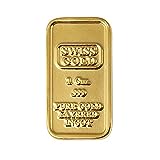 The State of Alaska has an interesting art contest annually. The winning design is placed on the Official Alaska State Medallion, which is highly collectible.
67%  16   4 blackspanielgallery
Coin Collecting