The pale face with the evil grin and the pointy beard have become a symbol of corporate greed and the mask is showing up on activists at protests and rallies all over the globe.

If you've ever seen any photos from or participated in the Occupy movement, you've likely noticed a recurring costume theme among the participants, -the plastic mask of a creepy, pale-faced man with pointy facial hair and a smile that clearly says that he is up to no good.

The mask has become a representation of powerful, greedy, faceless corporations, bankers and politicians, but also serves as way to conceal the identity of activists who may be putting themselves at risk with their involvement and their actions against authority and tyranny.

The officially licensed Guy Fawkes mask is readily available to buy if you're willing to spend a minimal amount of cash. Of course, you'll be giving a few pennies to Time Warner in the process because they own the rights to the image from the film adaption of the mask that the main character wore in the V for Vendetta movie that was released in 2006.

"There is no week nor day nor hour when tyranny may not enter upon this country, if the people lose their roughness and spirit of defiance."

The Mask in Protests & Pop-Culture

How did Anonymous Guy become the symbol of the anti-establishment movement?

The image that is officially (commercially) known as the Guy Fawkes or V for Vendetta mask gained popularity among activists after it was used by the hacktivist group Anyonymous in a protest against the Church of Scientology in 2008. In 2011 the mask become the face of rebellion during Occupy Wall Street and Julian Assange, Wikileaks founder, wore one on his arrival to Occupy London. The mask became the symbol of the genetically engineered evil empire in the worldwide event March Against Monsanto in May of 2013. It has been seen most recently at the protests in Istanbul, Turkey.

The face with the devilish smile is also widely used on resistance and Occupy themed memes on blogs and social networking sites.

Available to buy as a single item and sold in lots for theater or activist groups.

Interview: Author of V for Vendetta

The self proclaimed anarchist talks about the anti-establishment use of the mask.

Written by Alan Moore and Illustrated by David Lloyd

Who Is Guy Fawkes?

Guy Fawkes is historically known for the failed Gunpowder Plot of 1605 in which he helped plan a failed assassination attempt against King James I. He was sentenced to death for the act of treason and was hung. In celebration of the King's escape Hawke's effigy is traditionally burned on a bonfire accompanied by a fireworks display on the 5th of November in Britain. "Remember, remember, the 5th of November. The Gunpowder Treason and plot; I see of no reason why Gunpowder Treason should ever be forgot."

In the 1900's the heroes in children's books became loosely based on a fictional version of Guy Fawkes and his face later became the image of the mask in the V is for Vendetta comic books. A movie based on Alan Moore's graphic novels was released in 2006.

Though many are still undecided about whether Guy Fawkes was a hero, a freedom fighter or a terrorist, now, 400 years later, his image has become a symbol of resistance and people power.

Dark and mysterious in black with bronze features.

My mother would never let us burn a guy on bonfire night, as she believed that it was inherently wrong to rejoice in an execution.

I think we are looking at a few issues here. The wearing of a mask, Guy Fawkes and anti -establishment. Which aren't necessarily all related.

The wearing of a mask only makes us anti-establishment if we proclaim it to be whilst doing so, indeed using it as a propaganda tool or to preserve anonymity. My two year old grandson could wear the same mask and have a good time playing, "scaring me his granny" and have no knowledge of the establishment. Thus wearing a mask can be anti-establishment but not necessarily. I wear masks as part of my work, wearing a mask to portray persona that I have no alliance to. The mask is inanimate and only takes on the significance of the wearer whoever that may be.

Officially The Gunpowder Plot was a failed plot to blow up Parliament when King James came for the official opening after Summer in 1605. But was it a plot at all or an elaborate anti-Catholic propaganda coup with Guy Fawkes, an unwitting pawn ?

King James had become the Scottish king of England which was an anti-Catholic nation. But his mother had been Catholic and he had to prove to the government how anti Catholic he was. The barrels of gun powder were placed under the Parliament and just that very night when Catholic Guy Fawkes, a soldier-mercenary home and looking or work, was guarding the stash, that was the night the cellars were searched. Nowadays, we would "smell a rat or a set up". But at this time it was used as anti Catholic propaganda issue. Just as King James had wanted.

I think it is unfortunate that this poor man, Guy Fawkes, who was used as an easily dispensable pawn is the subject of an anti-establishment symbol and people although not so often now, burn his effigy every year when in actual fact, he was merely being paid to protect some gunpowder. I never wear a Guy Fawkes mask and never burnt a Guy on a bonfire,

I have never worn a Guy Fawkes mask, so I have no ax to grind here. But I am critical of the previous comment.

What's so obvious about the author's knowledge or lack of it? I think that she has some idea of the establishment, who doesn't, but whether she, you or I are fully aware of the extent of its tentacles I am unsure. We don't need perfect knowledge before we act and express, and we gain understanding as we progress in our endeavours.

My fear is that while I am no lover of the establishment, some who oppose it would set up an alternative establishment that would ultimately prove unjust

If you think wearing a Guy Fawkes mask in this day and age is anti-establishment you obviously have no clue as to the true nature of the establishment.

Great article! We've been selling these masks since 2011, shipping thousands of them around the world. We love to see the continued enthusiasm and perspective of what these masks mean to people on a personal level.

Great article! Enjoyed the history of Guy Fawkes and the videos were really interesting.

Redditors Rise Up Against Holocaust Deniers

The Holocaust subreddit was being run by neo-Nazis and Zionist Conspiracy the... 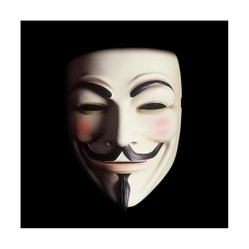 Help save the bees by creating a BUZZ about how GMO crops and pesticides are killing bee colonies across the globe.
100%  38   8 JoHarrington
Activism

The Rolling Jubilee initiative buys up bad debts from banks. Instead of hounding poverty-stricken individuals, the debt is automatically forgiven. End of story.
94%  26   7 JoHarrington
Activism 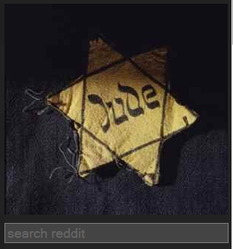 Redditors Rise Up Against Holocaust Deniers

The Holocaust subreddit was being run by neo-Nazis and Zionist Conspiracy theorists. Some on Reddit were desperate to take action, but how?
Loading ...
Error!