The Rolling Jubilee initiative buys up bad debts from banks. Instead of hounding poverty-stricken individuals, the debt is automatically forgiven. End of story.

Every day, people go bankrupt trying to pay off health care bills. Students leave college and university with crippling loans, in an economy with no jobs. Families are made homeless, when a worsening recession brings the banks with their foreclosure forms.

But what if all of that could go away? What if, instead of sinking on or below the poverty line, those individuals had the disposable income to kick-start the economy again?

From November 15th 2012, Occupy Wall Street are looking to make this a reality.

Let the People's Bailout begin! Here is the link to contribute to the Strike Debt cause: Rolling Jubilee. And thank you!

Kiss goodbye to the poverty line. Occupy Wall Street is going out to fight on behalf of the 99%. 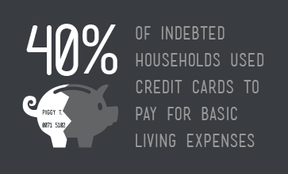 It sounds too good to be true, but it's happening.  Occupy Wall Street have put their money where their mouths are, and they're attempting to revolutionize the debt crisis.

Their tactic is nothing new.  It's employed every single time the government bails out a bank. Taxpayers' money goes to alleviate the bad credit run up by the bankers and the whole system starts again.

What is new is the recipient.  Occupy Wall Street's Rolling Jubilee will be bailing out the people, not the banks.  Thousands of households across America will see the albatross of their debts just disappear.

Staggering out of further education with a load of loans on your shoulders?  It's gone.  Terrified that the bailiffs are about to knock the door?  They won't legally be able to come.  Expecting at any moment to lose the roof over your head?  Start planning the decor.  It's your home to stay.

It might seem like the stuff of pipe dreams, but the sums add up.  How Occupy Wall Street plan to pull this off is pure genius.

What is the Rolling Jubilee?

Books About the Occupy Movement

Learn more about the struggle for fairness in the current economic climate by reading these stories and histories.

Money Makes the World Go Round

Those burdened by debt cannot keep the economy moving by spending. When such numbers reach a critical mass, the economy stagnates. 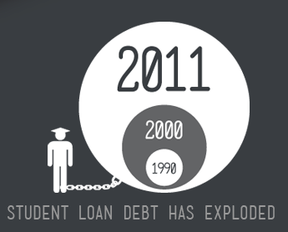 Not everyone can pay the money that they owe.  Student loans are taken out on the understanding that a graduate can earn a higher wage.  Escalating unemployment rates and double dip recessions make a mockery of such implicit promises.

Great health insurance and dual incomes are great, until someone gets cancer and has to drop out of work. Or is laid off in the latest round of redundancies. Or is suddenly diagnosed with diabetes.

Then the household bills mount up, while the life-saving funds are gathered.  That mortgage is no longer within your grasp. The foreclosure lawyers loom like vultures.

It's not all about spending too much on gadgets.  Not every person in debt ran it up by buying drugs and alcohol. (In fact, very few are in that latter category, despite media hysterics and social scares.)  The sad truth is that any one of us could easily get into trouble with the banks.

So what next?  Legitimate loans are closed down out of grasp.  Your personal credit rating smears a black mark right across your future.  The loan sharks offer solvency, but at extortionate interest rates. The reality of losing everything is remarkably close.

At this point, it's highly unlikely that you will be paying back your debt to the bank.  They will traditionally give you nine months, before your debt is sold on.  There's a whole industry devoted to buying those!

This is the sort of thing from which Occupy Wall Street seeks to save the indebted. They will gazump the collection agencies in the auctions.

When a loan is defaulted, then it's sold by the banks to the highest bidder. That could be a debt collection agency or Occupy Wall Street. 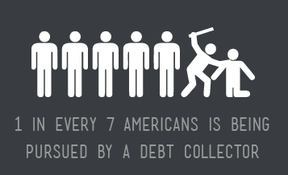 Though an off-shoot of Occupy Wall Street, the basic premise of Rolling Jubilee is part of the activist group Strike Debt.

It works like this.  When the bank writes off your debt and places it into auction, those offering the most money will be able to buy it. That's good business, as it allows bankers to get the highest possible return for their investors.

Rolling Jubilee need to ensure that they are the bidders offering the most capital.  They take the debt from under the noses of debt collection companies, then make it go away.

Meanwhile, the individual or family that have been struggling with their debt repayments get a new start. On the other side of that line being drawn, they can be assumed to have disposable income of their own now.

There's no compulsion, but a moral one for what happens next.  Fair play pretty much demands that those unencumbered after this intervention will make their own donations to the cause.  Thus the next people on the list are freed too.

Supporters of Occupy Wall Street are also contributing funds. At the time of writing (on November 13th 2012), they have raised over $128k.  In the time it's taken to write this Wizzle, more than $13,000 has entered the kitty.  This IS the people's bail out in action.

And just to kick things off, a live concert is being held on November 15th 2012 (the official launch date of Rolling Jubilee).  The proceeds will be funneled back into the activist cause and begin the process of buying up debts to forgive.

It will be interesting to see how this one pans out; and how long it takes the banks to refuse to sell to them. After all, the fat cat executives don't want a scheme which makes them look greedy. Even if that's what everyone is thinking anyway.

Where Can You Donate to the Rolling Jubilee?

Let the People's Bailout begin! Here is the link to contribute to the Strike Debt cause: Rolling Jubilee. And thank you!

This will be up-dated as more questions start being frequently asked.

The Rolling Jubilee is currently the hot topic on the internet.  Therefore many professional and armchair economists are having their say about the People's Bailout campaign.  I'm merely seeking to collect those questions and answers in one place.

The sale of outstanding debts has been going for years, hence debt collection agencies buying them in the first place. Those agencies have always been within their rights to wipe out that debt. They just chose to make money instead.

Who will be the first beneficiaries of the Rolling Jubilee?

The Occupy Movement is first going to focus upon those encumbered by medical debt.  This is the most heart-breaking of all situations, as the alternative would have been to let a loved one suffer.  Or potentially die.

Can I Get my Own Debt Written Off by Rolling Jubilee?

Unfortunately not.  It would be too difficult to find a single individual's case in the avalanche of other cases.  Plus it's not a great idea to make this too personal.

Ensuring that it acts more like a lottery is one way to silence those nay-sayers, who maintain their fantasy world view that people will simply default on payments to take advantage of this campaign.

Won't Those Helped Out Be Slapped by a Massive Tax Bill Afterwards?

This has been one of the most prevalent myths about the People's Bailout, namely that there is a sting in the tail that would do more harm than good.  The idea is that wiping away debt would transform that figure into actual earnings, in the eyes of the law.  Come the end of the financial year, that amount would be taxed and the bill sent to the original debtor.

It's not going to happen.  As Rolling Jubilee is a charity, which has taken steps to ensure that there will be no profit made, then it does not have to file a 1099-C Cancellation of Debt Form. They are legally allowed to do this under the Internal Revenue Code Section 6050P.

Will the People Know that Their Debt has been Wiped Away?

Yes.  Rolling Jubilee will send them an official letter telling them precisely what just happened.

More Books about the Occupy Movement

I love the pun! Beautiful! Whoever came up with that must have giggled with smug glee for ages. Genius.

Ok, so I donated my Facebook account, my Twitter account (you really should highlight that possibility in your article as it helps to get the word out!) and some $$. Thanks for posting about this!

I really hope so!

Sounds good, will be interesting to see if there will be any documentation about the people and their reactions that received said letter.

Sam - Yes they do. It's a certificate which officially clears them of all debt. :)

The Occupy Movement and Homelessness

Protest camps like Occupy Wall Street hit the headlines for their political a...

This Changes Everything: Occupy Wall Street and the 99% Movement
71%  8   7 JoHarrington
Homelessness 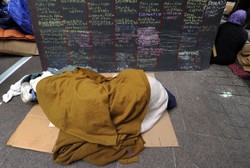 The Occupy Movement and Homelessness