The mental and physical health consequences of the Syrian civil war and Iraq War have been extensive.

In the 21st century, the Syrian civil war and the Iraq War provided many examples of the devastation to servicemen and their families from the standpoint of health. There was a collapse of the healthcare infrastructure, and millions of people became internally displaced or refugees. For example, more than 1.7 million people fled Syria during the spring of 2013 and became refugees [1].

Prior to the war, Syria was a middle-income country. The situation has led to non-communicable diseases or exacerbations of those medical conditions as medication and health care are not always available. These patients have chronic obstructive lung disease, bronchial asthma, cancer, diarrheal infectious disease in children, and other illnesses [1].

As of January of 2013, the Iraq War cost the United States $810 billion.  During the first four years of it, more than 2.2 million people left that country and became refugees, and approximately 2.7 million individuals became internally displaced [2].  Many of the refugees went to either Jordan or Syria.

The United States Department of Defense reported that more than 4,000 U.S. military personnel died as a result of the Iraq War from March, 2003 to January, 2013.  Most of these deaths took place while the servicemen were in action, and others succumbed to diseases and self-inflicted wounds.  Coalition military fatalities exceeded 4,000 as well [2].

There may have been more than 100,000 non-combatant civilian deaths from the Iraq War.  Some of these were the result of suicide bombings, coalition aerial bombings, and terrorist attacks from anti-coalition insurgents.  Additionally, many Iraqi deaths occurred from small-arms gunfire, extrajudicial execution, vehicle bombs, roadside bombs, and mortar fire [2].

Thousands of United States military have suffered injury such as traumatic brain injury from the Iraq War.  The result was post-traumatic stress disorder and other neuropsychological disorders.  Many of these servicemen still suffer from flashbacks and nightmares, and their spouses and children have developed mental disorders as well [2].

Those military personnel who encounter combat and witness injury or death are at especial risk for post-traumatic stress disorder.  Moreover, if they experience serious injury there is risk for the occurrence of this psychological condition.  When the serviceman is responsible for killing, the same is true.  Those with adverse childhood experiences and mental or physical health issues prior to entry into the military will also be at risk for serious mental problems upon return home [2].

Women in the service who become victims of sexual assault or harassment may subsequently experience mental disorders [2].

In general, military personnel who serve in a war commonly develop mental health disorders.  In addition to post-traumatic stress disorder, there may be major depression or generalized anxiety.  They may abuse alcohol and other substances when they return home, and there tends to be a disturbance in their social skills.  Many of them after discharge have suicidal thoughts [2].

The Iraq War and Syrian civil war, like other military endeavors, have brought much morbidity and mortality to military personnel and civilians.

Smoking and The Sugar Connection

Learn how the use of sugar impacts your ability to stop smoking and what to d... 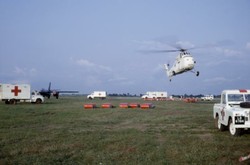 Use these non toxic bed bug traps that allow you to detect and trap bed bugs before infestation occurs. Learn how to avoid getting bed bugs in your home now, the safe and easy way
81%  15   6 katiem2
Public Health 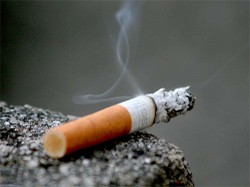 Smoking and The Sugar Connection

Learn how the use of sugar impacts your ability to stop smoking and what to do about. Make it easier to quit smoking.
Loading ...
Error!