Home school is a growing trend in the United States and around the world. Learn more about how to home school. 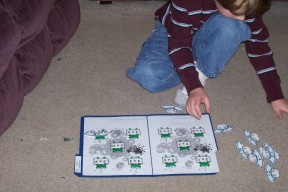 Home school is a way that many families are now choosing to educate their children.  Home school is not really new, since that is how many children were education in the last thousands of years, but it is a fairly new trend in modern history since dawn of the compulsory education era.

Today, people home school for many reasons.  Religious reasons are still among the top reasons, but so are failing schools, the violence and the negative social atmosphere in many schools are among the top reasons families decide to home school.  Most families have a variety of reasons that they home school and would have a hard time pinpointing only one reason.  Back when home schooling started, it was hard to find resources for home school children.  Many textbook companies would not sell to parents.  Today there are hundreds of thousands home school resources if not millions.  Sometimes it is hard to choose, since there are so many.

I started getting interested in home schooling when my oldest child was about 3 years old, but at the time I was a single mom going to college, so it didn’t seem possible for me to home school.  The reason that I became interested in the first place, was because of the failing schools.  Then right before my child turned 5 years old, I got remarried.  My new husband made enough money that I could stay home with my child and he supported me being a stay at home mom.  I went ahead and sent my child to kindergarten, but before he was in first grade, we decided to home school.  By then, I was also expecting another child.  Now I home school for many reasons.  For me religious reasons are probably my number one reason, but I am still concerned about the environment in the public schools and in addition, both of my children are special needs and I am concerned they would be left behind in public school.

I am very glad that we home school.  Some parents are concerned about the amount of time it takes to homeschool and don’t feel like they can do it.  It does take time, but you get use to the lifestyle.  I cherish the freedom of not having to get up at the crack of dawn to get my children on the bus.  Many home school families take advantage of the fact that you can take your vacation at any time of the year and they enjoy their vacations on the off season when prices are lower.  I have grown to love having my children around and the house feels empty when they are gone.  One of the biggest advantages, in my opinion, is I am the one that is shaping my children’s values, not some stranger.  I can choose who I wish to teach my children and who they are going to be around.  For me, home school is the only way I want to live.

Do You Home School?

Homeschooling or homeschool is the education of children at home, typically by parents but sometimes by tutors, rather than in other formal settings of public or private school. Although prior to the introduction of compulsory school attendance laws, most childhood education occurred within the family or community, homeschooling in the modern sense is an alternative in developed countries to private schools outside the home or educational institutions operated by civil ...

Are you considering Home schooling? Or do you already home school? Please Leave a Comment!

Love my homeschool! So glad to see you on Wizzley writing about homeschooling too!

Nope. Too late for me...my child graduated 11 years ago, and at that time I don't recall Home Schooling, although it certainly is popular now! Wonderful information for those considering the option :)

Many people worry that the supposed lack of homeschooling socialization oppor... 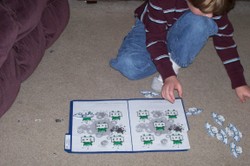 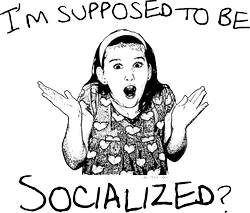 Many people worry that the supposed lack of homeschooling socialization opportunities will create shy kids. In fact, the opposite is true.
Loading ...
Error!