HOW DO PEOPLE WHO WIN MILLIONS ON THE LOTTERY, MANAGE TO SPEND IT ALL?

Ever wonder how people manage to spend all their lottery winnings? Often in a short space of just a few years? Well so did I, this is my conclusion, it might just surprise you.

The lottery; A chance for a quick financial fix, a ticket to the dream lifestyle of the rich, a 1 in 14 million chance to finally have every material whim you could ever hope for. No more 9 to 5, no more scrimping and saving, just the hope that you will be the lucky one this time, that it's the golden moment for your numbers to appear on the screen. You can laugh all the way to the bank and never have any money troubles ever again....or at least thats what we all hope for isn't it?

Because if that really is the case, then why do some people who have won big on the lottery, end up back to where they began in the first place? Why did they end up going back to work in their dead end jobs, with little or no money left? How did they manage to dwindle all that cash away? Well, as surprising as this might seem, it's not actually that difficult at all, as after some research and logical thinking I came to discover.

Money management or mismanagement works in the same way for great accumulations of cash as it does for the very small amounts of money.

If you have never had millions of pounds before, it can be hard to understand how people can manage to spend such a vast amount of cash in a relatively short period of time. I would find myself pondering the same issue myself, I would envision great piles of money, that you could easily live off for the rest of your life. I thought you would effortlessly be able to live a life of great luxury too, that the interest alone would give you a constant and generous income stream. I assumed that there would just be so much of it, that you would have to spend pretty much constantly, buying expensive and grand items everyday, to run out of that kind of fortune.

Yet there would occasionally crop up the story of the lottery millionaire winner who had lost it all, or had spent almost all of it, and as time went on the more of these stories I would come across. What on earth did they buy? A castle? A theme park? A mansion with an Olympic sized pool on every continent? An entire country? I would come up with all manor of wild ideas about the crazy shopping sprees these people must have indulged in. But of course, these were often far from the reality of their typical purchases. (Although I do remember one couple who did actually buy a castle).

Many of the worlds richest people, didn't suddenly become wealthy, they worked very hard for many years before they received the generous financial payoffs that we have come to associate with them today. The majority of people who manage to keep hold of their money and even have the ability to accumulate even larger sums to their bank account, appreciate the true value of it. They know that if they were to suddenly go out and spend a lot of it, they are conscious of just how much work is involved in getting it back. By adopting this conscious spending mindset, it enables them to find it easier to save, because they have an incredible incentive not to spend. Where as for lottery winners, their wealth came quickly and easily, so it seems only natural that many have an easy come, easy go, feeling to the money that they have.

What makes the difference?

When successful individuals build up their fortunes they do it gradually, stage by stage, step by step, little by little.

They make themselves comfortable with the prospect of having more money. They make themselves familiar with every change, every step up the economic ladder and they feel like they deserve their newly acquired income, after all they have worked for it. This principle in itself is important as it explains why some people who unexpectedly come into money, subconsciously want to get rid of it just as quickly, they simply don't feel like they really deserve to have it. They are aware that they have not earned it and at some level, most of them have probably been scared by it.

There are a lot of negative connotations associated with being very wealthy, as well as the obvious benefits. We've all heard the old adage 'more money, more problems' and in some respects this is of course true. Rich people are not always popular and their fortune can attract envy from others. By and large people like to be liked, and there is an awareness that a sudden surge in fortune can lead to a shift in peoples opinion, and not always in a positive way. Having more money does not make you happy, there have been enough examples of such cases to know this to be true, however what more money does give you is more choices and options. This is an attractive prospect, but on the flip side it also means greater responsibility. When we think about the people that have built up their wealth over time, this responsibility has been built up with it, so they are better able to cope with it. When it is suddenly thrust upon you, the feeling of more responsibility is just too much for some people to feel capable of managing, and they want to abdicate it.

The perception of how far the money will actually go also becomes distorted, they regard it as such an unfathomable amount that they couldn't possibly run out. However it soon becomes apparent that it's not quite as much as they anticipated it to be. As income increases so does the standard of living. The restrictions of a previous lifestyle get replaced with a new way of life that matches the greater amount of money available. Each time wealth increases new ways of spending it begin to present themselves, what would have been dismissed before as out of their price range becomes easily affordable. This is fine at first, there is plenty of money to play with, however when spending consistently outweighs income, savings will inevitably run dry. The win (although substantial), was a one off cash injection, interest is all well and good, but will decrease along with the savings if spending sanctions are not put into place. It is just as important to keep an eye on your spending, when it comes to the millions of pounds as it does with the few.

Learning to live without.

When there is less money around people learn to live without, also if you have never had the opportunity to live a lavish lifestyle before you don't know what you are missing out on, so you don't have to stop buying anything because you never started buying it in the first place. It can be hard to reign back spending once it has began. The luxury and ease that the money has bought is easy to become accustomed too. Cutting back on more lavish expenses can be as difficult a task as cutting back on little treats, simply because you are used to having them.

Practicing deferred gratification plays a huge part in the human psychology of accumulating wealth, whether or not you can hold out on some things now, for better things in the future, can be the difference between having lots of money, or not. Practicing restraint and awareness is crucial when keeping hold of the cash you have and wanting to make more of it later on. Rather curiously many people don't use the services of a financial advisor, even if the lottery organization provides one for free. This is a wasted opportunity for good, professional advice, which could cost them money in the long run if they execute poor financial decision making themselves later on down the line.

I mentioned earlier responsibility, along this vein there is also expectation. As soon as anyone knows you have access to large amounts of money, you can bet that they will want some of it. People don't want to be seen as greedy, so they share there new found wealth with their friends and family. This is all well and good, generosity is on the whole, a good thing. However some people have taken for granted peoples good nature and if the lottery winner doesn't know how to say no, they can expect to be bled dry, quick sharp. Often the spending of a lottery win is not down to a single person, dig deeper and you will find that many people happily helped it disappear.

If you are ever lucky enough to win the lottery, my advise would be to save most of it, what you do spend, spend wisely and don't announce it to the world.

Chemical Elements Of Nicotine And Why They Are Bad For Our Health.

Tips On Dealing With Serial Complainers. 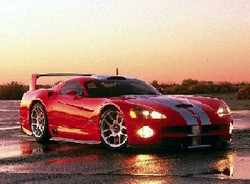