How Does The Annual Flu Vaccine Get Made?

Flu causes hundreds of thousands of deaths each year. How is it determined which vaccine is the right one and how is it made.

I just returned from my doctor’s office for a regular check up and to get my annual flue shot – something I neglected to do last year and paid dearly for the omission. My bout with the flu was severe and the only benefit was losing a lot of weight, which I’ve managed to keep off. But, that’s not a benefit I’d like to have repeated again.
So, I know to get my shot (for some people anti-flu nasal sprays are available) even though it’s not a 100 percent guarantee that I won’t get the flu again. But, as the nurse was giving me my shot I wondered how experts know which strain of flu will be coming our way? After all, every year there are different strains of flu and different types of flu shots that have to be prepared in order to have the necessary supply of vaccine for everyone worldwide. It’s actually, I found out, a long and complex process.

During each year, health agencies such as the U.S. Centers for Disease Control and Prevention (CDC) – similar agencies do the same thing in other countries – gather information about various strains of flu viruses. This information is gathered by 130 national influenza centers in 101 countries. This data is analyzed by five World Health Organization (WHO) centers in the U.S., England, Australia, Beijing, China and Japan. This is the information used to determine which flu strains are likely to show up next year and to set the vaccine-making process in motion.  In the U.S., a Food and Drug Administration advisory committee makes the final decision about which vaccine strains should be manufactured and issued in the U.S.

There are other factors that help determine which viruses go into the vaccine.  This includes finding out which vaccine (there could be several) will offer the best protection for the particular strain due in any given year.  The critical decision is whether or not there is a good “reference vaccine” available.  A reference vaccine is one that is close to other flu viruses and can be grown from a specimen cultured in eggs, for example.

Next, twice a year, the WHO organizes a consultation with the directors of the WHO Collaborating Centers and representatives of key national laboratories. They review the results of surveillance, laboratory and clinical studies, and the availability of vaccine virus strains and make recommendations on the composition of the influenza vaccine. These meetings take place in February for making recommendations about the composition of the vaccine for the upcoming Northern Hemisphere’s seasonal influenza vaccine and in September for the Southern Hemisphere’s vaccine. WHO recommends specific vaccine viruses for inclusion in influenza vaccines, but then each individual country makes their own decision for which strains should be included in influenza vaccines licensed in their country.

After a specific annual virus is determined and a particular vaccine chosen, the pharmaceutical industry begins making the vaccine. In many cases the manufacturers start growing the flu virus even earlier so they can better meet deadlines for having sufficient quantities read to go as needed. It usually takes about six months to make the quantities of influenza vaccine that will be needed in a given year.

Until the actual flu strain starts appearing in any given year, experts don’t know if the flu vaccine they’ve chosen and manufactured will actually work. There are also a number of variables that will affect the vaccine’s preventative ability – for example, will an individual who is vaccinated start to produce the specific antibody needed to ward off the flu?

If the particular flu virus and the vaccine is shown to be a good match it means the antibodies produced by the vaccine actually protect people from the flu. For example, in years when there is a good match, the vaccine might reduce the chances of getting the flu by as much as 70 to 90 percent. It’s not always perfect, however and it is a continuing effort to get it right – most years that happens, sometimes it does not.

What Happens If the Vaccine Doesn’t Work?

Some years the flu virus may not show up until late in the flu season. It can even transform itself during the course of a single flu season, in effect morphing into some kind of flu that the vaccine won’t be able to effectively combat. That often leads to difficulties in forecasting the particular flu strain for any given year and preparing a vaccine to counter the annual virus. That leaves experts and manufacturers to scramble late into the flu season to come up with something that will work.

The process for figuring out which flu strain will show up each year isn’t precise.  That’s why experts advise to get flu shots early and keep current on any new strains that may show up by discussing it with your health professional.  This is especially true for the elderly, children and those with autoimmune problems.

But, there are other precautions people should take to minimize their chances of getting the flu such as covering your mouth if you have to cough; washing your hands frequently and washing down surfaces in your home like in the kitchen and bathroom and not smoking. The latter bit of advice is based on fairly new research studies that show an increase in influenza infections among smokers compared to nonsmokers.

There are many other risk factors when it comes to the flu. The CDC points out a number of these:

And, some people are more at risk than others:

Although the exact number of deaths caused by flu each year is difficult to determine, some estimates say they reange from 250,000 to 500,000 globally. That’s reason enough to take the necessary precautions.

Revisiting your wizzley made me think of parallels and non-parallels with COVID and its vaccines.

Were there expected and non-expected reactions and side-effects to the yearly vaccines? And what would happen if someone got the flu from, let's say, the previous year. Would that vaccine still be readily available!

TheWritingCowboy, More soldiers died from the flu pandemic than from military action in World War I.

Fitness apps and games are a multi-billion dollar industry, but will they wor... 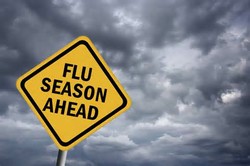 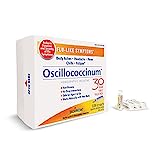 Boiron Oscillococcinum for Relief from Flu-Like Symptoms of Bo...
82%  4   15 TheWritingCowboy
Other Diet & Nutrition 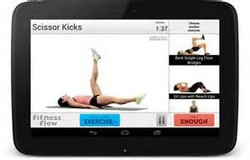 Fitness apps and games are a multi-billion dollar industry, but will they work for you?
83%  4   20 TheWritingCowboy
Charities