How the American Revolution Began

No one act started the American Revolution. Several events, a major war, the need for freedom, and a King's determination all created the atmosphere for insurrection.

The Beginning of the War for Independence

In 1763, England increased its national debt to help the American colonies fight against the intrusion on their land by the French, culminating in the Seven Years' War. After the victory, England needed income to pay its debts. The British government believed the 13 American colonies should help pay down the financial obligation. After all, it was the settlers who received the bulk of the advantage from the war.

Believing they were not immigrants, but part of Britain, the British Parliament considered the solution was to impose new taxes directly to the colonies. The Stamp Act of 1765 required that all of their subjects, including the colonies, purchase all paper goods produced by London. Every piece would be embossed and stamped, and paid for in British currency.

The American colonies in particular were strongly opposed to this tax. They were self-governed and self-taxed for at least 150 years. They had no representation in England during that time. They hadn’t sought to create or influence the policies of Britain. After a long protest, the Stamp Act was abolished in 1766. However, the economic problems of England remained. The repeal of the Act did not resolve the question of who controlled the colonies.

Over time, England continued to tax the colonies over one thing or another to improve its poor financial situation. Boston, Massachusetts had been particularly hard hit and proactively protested each and every tax. To protect their interests, Britain sent troops to Boston. This did not sit well with the colonies. One by one over the years, Parliament removed its various taxes, except the tax on tea.

In March 1770, a mob of Boston settlers harassed and heckled some of the British forces. Shots were fired, and five colonists were killed, including the first, Crispus Attucks. Black and Native American, he is considered the first martyr for the cause of freedom in America. Silversmith Paul Revere immortalized the Boston Massacre, indicating the British shot the five in cold blood.

England continued to tax the colonies against their will without being represented in the British Parliament. The Boston Tea Party in 1773 increased tensions in England and the Colonies. The dumping of 90,000 pounds of taxed tea in Boston was a direct action against the British Tea Act.

In September 1774, representatives of 12 of the 13 colonies gathered in colonial Philadelphia, Pennsylvania (the first Continental Congress). The goal was to organize and direct opposition to what they considered the invasion of England on American soil by Marshall Law.

King George III of England targeted the province of Boston in Massachusetts Bay. He believed the city was the leader of the rebellion. King George authorized a state police through the British General Thomas Gage. The king made him the military governor, and charged him with the mission to punish the colonists over the Boston Tea Party.

In Lexington, the settlers arrange to intercept the British. Among them are the Minute Men, a select team of soldiers trained to respond to a fight on short notice. Upon meeting, someone fires a shot, and both sides fire at will. Two minutes and eight dead colonists later, the encounter signifies the beginning of the American Revolution.

Today in History: Death of Peter Francisco, Hercules of the Co... 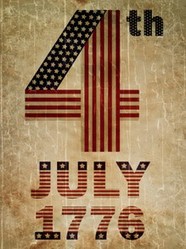 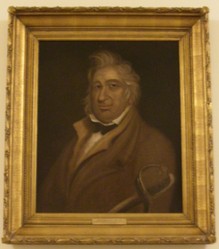 Today in History: Death of Peter Francisco, Hercules of the Colonial Revolution of 1776