How to Deal With Sibling Rivalry

Sibling Rivalry is inevitable in families with two or more children. It is doubtful that you will completely eliminate it. There are ways to reduce it and manage it.

Sibling Rivalry is inevitable in families with two or more children. It is doubtful that you will completely eliminate it. There are ways to reduce it and manage it. I have four children ages 12, 9, 5, and 3. If anyone knows about sibling rivalry it is me! There is always something going on in my home between the children on a daily basis. It had gotten really bad and to the point it was driving me absolutely crazy. I was spending all of my time breaking up arguments and trying to figure out who was right and who was wrong. That is until I started researching the subject and finally found and tested a few ways to help prevent and reduce some of the arguments in our home.

What is Sibling Rivalry? 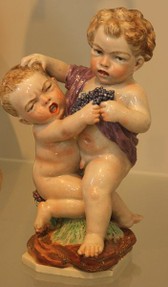 Common issues that arise with two or more children in the home usually have to do with competitiveness, teasing, bossing each other around, fighting (physical), and ignoring each other. A lot of this is natural and inevitable. Many children compete for parents' attention and time. Older children will try to boss the younger children around. Many times one will ignore the other and it causes problems. It has gone too far when it gets to fighting or physically acting out. Hungry, bored, and tired children usually end up in arguments and disagreements with siblings. Many times how parents act toward each other will affect how children act toward their siblings as well. If you are always angry at your children then you also have to expect your children to be angry toward each other. Sibling rivalry is challenging for parents and the children involved.

The Negative Side of Sibling Rivalry

The Positive Side of Sibling Rivalry

Though challenging, sibling rivalry can be a good thing. It teaches children about compassion, conflict resolution, compromise, and patience. It helps them practice survival skills. Arguments and disagreements are natural and inevitable among children living in the same house. The key is to help them handle their anger and emotions in a positive way so that they can learn from it. They can take these lessons learned and apply them to their friendships outside of the home.

I don't think it is always a good thing for parents to intervene. I think giving the children a chance to work things out among themselves can help them learn from their experience. It is necessary for parents to intervene when things become physical or to keep things from becoming physical. Do not take sides, blame, or participate in arguments. This is where I was going wrong. Nothing positive came out of it. I would try to figure out who was right and who was wrong. I would never get the whole story and it did not help things when I would determine the winner so to speak. It just caused more arguments and disagreements. It reinforced the behavior that I did not like. I finally found ways to help the situation and have been using those methods successfully ever since.

Come up with a plan or way of handling situations consistently each time they happen. The biggest improvement I have made is to designate a room as an “Argument Room”. Whenever there is a hint of an argument coming I send them to the “Argument Room” to work it out. This way they get to work out their issue among themselves and the rest of the house does not have to hear every detail of it. They have a right to argue. I don't have to hear it. There are rules or guidelines that we have gone over with them that are active in the “Argument Room”.

Another great way to reduce the arguments in our home is to have a weekly family meeting. We implemented this about a year ago and it has helped our family tremendously. Set a day of the week that you will have your meeting and stick to it. The meeting only needs to be 30 minutes to an hour depending on the number of children and it needs to include all members in the household. No exceptions. Everyone needs to be involved to be effective. It is good to have an agenda for every meeting. Discuss events that are happening in the coming week. Discuss disagreements that have taken place and the outcomes. Take this time to explain why some things happened the way they did during the week or during certain disagreements. Give the children a chance to voice their opinions on things and especially on things that they may disagree with. This gives you a chance to discuss them as a family. It gives you a chance to explain why certain decisions were made or will be made. It is great family time that does nothing but benefit everyone involved. It has helped us with reducing the number of disagreements in the home. Try and see if it helps your family.

Tools for Your Family Meeting

Resources for Help With Sibling Rivalry

Make the Best of Sibling Rivalry 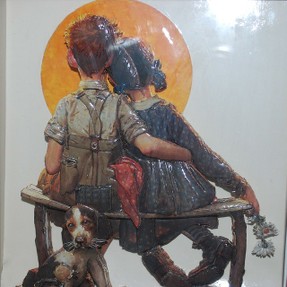 Sibling rivalry is normal and inevitable when there is more than one child in the family. There are advantages and disadvantages to your children arguing. Don't always intervene in their arguments. Give them a chance to work things out among themselves and the advantages will outweigh the disadvantages. Try some of the methods I have noted and see if they help your family as much as they have helped ours. You will get through it and so will your children. They will always have disagreements. Even into adulthood. They need your guidance to handle them properly now so they will know how to handle them when they do become adults.

It is so hard to focus on getting them to learn anything from it at times. There seems to be so much of it in my home (with 4 children) that I sometimes get caught up in the drama of it and have to catch myself before I go too far. I would much rather them to work it out between themselves with some ground rules. Thanks for reading!

Brenda - my brother and I were the same way. My grandmother would not keep us at the same time. We would fight way too much for her. She would tell us to go ahead and fight and whoever won would get their butts smacked. Heck of a situation. Thanks for reading and commenting.

Katie - I have the same problem with my oldest kids thinking they are in charge of the younger ones. Now my 4 year old thinks she is in charge of everyone! She also says she gets tired of being the oldest kids slave. They get her to do everything for them. I am always faced with sending them to the argument room. It really helps too. thanks for stopping in and commenting.

I think my brother and I fought more than any siblings on earth. My grandfather always said when we were grown, one of us should go 3,000 miles one way and the other should go 3,000 miles the other way. If he had lived long enough he would have seen my brother and I become best friends as adults. We both have friends who say all the time that they envy our relationship. We put our mother through hell with our fighting though. Great article.

I have two children and they can really go at it much as you described, with the oldest trying to tell the youngest what to do and the youngest lashing out in an attempt to assert her independence and good judgement. I found this useful and affirming. Let them work it out themselves!

Thanks Mladen - I had gone through so many different things to end up with what we have today. It seems to work very well and everyone has gotten the hang of knowing what to do. Thanks for reading and commenting.

I never had brother or sister, but I grew up with my two cousins, and we fought a lot. I try to think about it as about something quite possitive in one's life. I guess that is why children that grew up alone (single children) are considered strange, spoiled, selfish...
RIvalry between siblings is good for the reasons you pointed out. But sometimes it can be very intense rivalry, it can lead to pathology in adulthood. In psychiatry it is defined as reactive formation (brother and sister that were involved in intense rivalry, can become too close in the later life). I guess, like it is in all other cases- limits are needed in everything in life.
I totaly agree with you measures of dealing with this.

@sheilamarie - you are so right. My four children were driving me and themselves crazy with the fussing and picking at each other until I started trying these methods and put a positive spin on them. Things are different now and I hope it helps them as much as it has helped me and my sanity. It seems to have. Thanks so much for reading and commenting.

Good points, Angel. Sibling rivalry, when worked through in a positive way, can give you some strategies and coping skills that last for a lifetime. And as much as they may fight now, siblings often have a bond that lasts through life, too.

Hansel and Gretel: Hard Facts Behind the Fairy Tale

Hansel and Gretel is a classic fairy tale with several characteristics which ...

Rise of the Onlies is an upcoming documentary about only children. 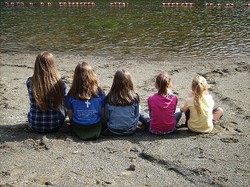 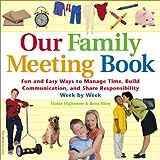 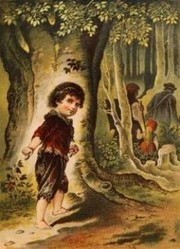 Hansel and Gretel: Hard Facts Behind the Fairy Tale

Hansel and Gretel is a classic fairy tale with several characteristics which make it different from other well known stories. Let's check 10 most interesting facts about it!
53%  4   6 Christene
Only Children

Rise of the Onlies is an upcoming documentary about only children.
Loading ...
Error!