Shiseido Skin Care has been around over 140 years. A little history and overview of Shiseido skin care products.

Shiseido has been ahead of the curve on skin care since the late 1800's. This Japanese based company has proved themselves over and over again when it comes to producing anti-aging skin care products and more. They offer multiple skin care lines with each either targeting certain age groups or utilizing different ingredients to work its magic on skin. It is really unbelievable what this company has done for the beauty industry and skin care alone. I have personally used multiple items from their Benefiance skin care line. Their products are not the cheapest out there so it does take me a little saving up before I can purchase the things I want. It is well worth the money. I would like to show you why Shiseido is one of my top skin care choices.

The Oldest Cosmetic Company in the World!

Arinobu Fukuhara, the son of a Eastern Herbal Medicine Doctor, was born in 1848 in Japan. He was educated in Western Medicine and trained as a pharmacist. Due to his successful military career he became the Chief Pharmacist of the Japanese Navy. He was a true visionary. He came up with the idea to start Japan's first Western Style Pharmacy. This pharmacy was very successful at bringing Eastern and Western ideas together.  This was the very beginning of what would be Shiseido.

Shinzo Fukuhara took over the pharmacy as President in 1915 and transformed it into Japan's leading cosmetic company. Shiseido was born. Shinzo studied pharmacology in Japan and studied at Columbia University in the US. He learned about cosmetics and manufacturing of cosmetics as well as marketing techniques. He used his knowledge to transform the successful pharmacy into a successful cosmetic company that is still producing top of the line product today.

Norboru Matsumato was the first President of Shiseido that did not have the Fukuhara name. He was recruited by Shinzo Fukuhara to take over the sales side of things while Shinzo continued to concentrate on the research and development of the product. Norboru studied abroad and spent a lot of his time working in department stores, managing department stores and studying the same. He was perfect to drive the sales side of the business.

These three men shaped the company into what it is today.

Shiseido is a pioneer in the research of the relationship between scents and skin care effects. For example, Tea Rose has a sedative effect on the mind and body. It promotes the recovery of the skin's barrier function. Star Anise Element is a stimulant. It promotes blood circulation in the skin and raises the skin's surface temperature.

Shiseido's Body Creator Aromatic Sculpting Gel was developed in 2003. It is an anti-cellulite treatment. Shiseido discovered that when we smell grapefruit, fennel, pepper, and tarragon it speeds up the bodies ability to burn fat. Noradrenalin (NA) is released due to the sympathetic nervous system being stimulated. When combined with caffeine and applied to areas of the skin the NA and caffeine speeds up the burning of fat. It works through scent stimulation along with exercise.

Shiseido has several skin care lines that either target a specific age group and what their skin needs or uses different ingredients to achieve anti-aging effects.

In addition to their skin care lines they also carry hair care products, body products, makeup, and men's products. They are a one stop shop in the world of Beauty. All of their products can be purchased at Amazon at much better prices than the cosmetic counters.

Sample From Each Skin Care Line

Have You Ever Used Shiseido Skin Care?

I've heard of them but didn't know anything about them. Thanks for an interesting article!

Katie - I love Shiseido... unfortunately it is expensive. I have to save up to get the things I really want. I am using the body contouring gel right now and it really does minimize the appearance of cellulite! I have never had much luck with any of those to claim to. This one leaves my skin so smooth looking and feeling. Thanks for stopping in and checking out this skin care line.

@kajohu - I have used Shiseido many times over the years without knowing any of their history. I knew their product was very good but that was about it. I was also very impressed at their accomplishments and how they seemed to be so ahead of the game with so much. Makes me want to use their product even more now. Thanks for reading and commenting.

I've never heard of Shiseido Skin Care before this. It was fascinating to read about the history of this company!

Learn time honored and tested methods of getting the best, deepest, darkest m... 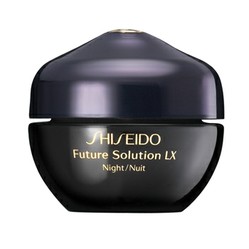 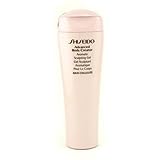 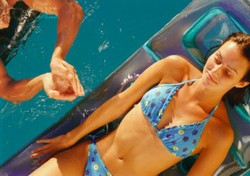 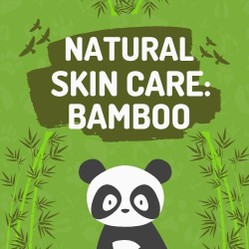