How to Dry and Preserve Chilies for Later Use

Directions for drying chilies in the oven, sun drying and how to freeze them successfully.

The onset of fall brings cooler evenings in many regions, and if you have been growing your own chilies you might notice that quite a few will be ripening together. The drop in night time temperature is one of the factors leading to ripening, however, when one of the chilies turns red it releases a gas known as ethylene, which accelerates the speed of the ripening of surrounding chilies.

Although the fruits will keep for some weeks without rotting, drying chilies can become a priority, if of course, you want to save and use all of your crop.

Separate each variety before drying.

Thankfully, every variety of chilli can be dried and the speediest, most reliable way to do so is in the oven. However, certain varieties will take longer than others, therefore, you should ensure that if you have grown several varieties, you should separate them when it comes to drying. As a general guide, fleshy varieties, such as Haberneros, will require longer time in the oven, compared to the finer stalks of Tabasco and Cayenne.

Drying chilies in the oven.

Line a baking tray with a sheet of grease proof paper and remove the calyx (the green stem) Some people prefer to slice into halves and remove the seeds, however, there is no hard and fast rule in this respect. Bake in the oven, which should be on its lowest setting, for approximately one to two hours. Keep checking the chillies to ensure that they don't burn, and remember of course that the time it takes for the chillies to dry can vary, depending on their variety and the size. The fruits will be fully dried when they start to crumble between your fingers. Once the chilies have cooled, store them in airtight jars. Your harvest will last for several years when dried and stored in this way.

Chilies drying in the sun.

If you live in a hot, sunny environment, you can thread your chilies and leave them in the sun. Alternatively if the weather where you live is unpredictable, you can leave them to hang in your kitchen window.

Long, fine varieties of chilies can be sun dried in the greenhouse or kitchen windows. You must ensure, however, that the chilies are in perfect condition prior to drying as they might begin to rot during the drying process.

During harvesting you will need to retain the stalk and calyx. Thread the stalks through loops of fishing or gardening wire, and hang in the greenhouse windows to dry. Within a few weeks the flesh of the fruits will have shriveled and it's at this point that you can either store in jars or leave them in the windows.

The moisture in the air will prevent the fruits from keeping for as long as they would've done had they been dried in the oven, however, they will keep for several months.

How to freeze chilies.

Should you decide to freeze some of your crop, you will discover that there are a number of ways that this can be done, ranging from using dry ice to par boiling prior to freezing. Having tried many of the techniques available, I now have two ways of freezing chillies depending on how I will later use them.

A great way to freeze chillies that will later be included in dishes such as curries, is to first blend them to a puree. After they have been blended, simply scoop the mixture into the compartments of an ice-cube tray and freeze. When you need to use them, just add one of the cubes to the dish you are cooking, you do not need to defrost as they will melt during the cooking process.

If, on the other hand, you like to add whole or chopped fruits to a dish such as salads, you can simply cut off the stalk and calyx and freeze them whole.There's no need to put them in bags, as the air that's retained in the bags often leads to the chillies becoming mushy after they've been defrosted. If freezing chillies in this way, however, it is better to chop or slice them while they are still frozen.

How to dry, freeze or pickle chilies and peppers

You're welcome- Freezing them in ice cube compartments is also really handy! :)

We love peppers, now I know how to dry them. Great guide and thank you. :)K

I agree Cazort, there's nothing like have your own crop of chilies at hand whenever you need them. Generally speaking, I stick to cayenne and Haberneros. At the moment though, I have to admit that freezing chillies works well for me- it's really easy and then you can just throw a frozen chilli cube into whatever you're cooking.

I love chili peppers; they're so easy to dry and dried chilis are so incredibly flavorful and useful in cooking. I sun-dry chilis in a warm, dry, sunny spot near my kitchen's baseboard heater. I love how there are so many types of chilis, and they all have such different levels of heat and different flavors. Dried, I like the dark red varieties best. When cooking with fresh chilis, I prefer green ones. I use countless varieties, but the ones I'm most likely to dry are cayenne, Thai chilis, and purple chilis (a variety that I see grown locally here in PA a lot, they're about as hot as Thai chilis, but dark purple-red when ripe, and having a different flavor). I've also dried Bulgarian carrot chilis--devilishly hot, and with a really unique flavor.

Thank you. My favourite method is to freeze them in small quantities purely for convenience. No chopping or de-seeding it's already been done and you can just drop them in your favourite dish. Have fun growing them, I take great pleasure out of eating food I've grown myself. :)

The Rise of Food Cooperatives and Food Buying Groups; Consumer... 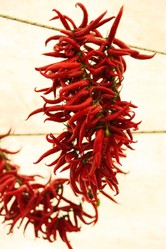 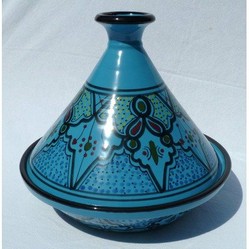