She wasn’t my grandmother but I loved her like one. I spent every Saturday helping her bake, or more accurately, taste testing for her! I was too young to remember her recipe.

How often do we indulge in a truly delicious dish, ask for the recipe, only to misplace it? I know I have personally done this many times. Usually the recipe can easily be retrieved by making a simple phone call. But what if the recipe is part of an old, cherished memory and the person it belonged to has been long since gone? With a determined willingness to search, you just might stumble upon it.

It is only logical to begin by asking a family member since recipes are often handed down through the generations. If not on paper, then by way of preparation.  For example, if I asked my mother for my grandmother’s recipe for scalloped potato’s she would probably say she doesn’t know it.  However, from watching my grandmother and my mother make them over the years, I know they use the same ingredients and you can’t tell their dishes apart.

Ask a Friend or a Friend's Family Member

Years ago it was common for women to exchange recipes.  While my grandmother may not have given her daughter a specific recipe, she may have shared it with a friend.  That friend may have in turn passed it on to her own daughter or other family member. Understand where I am going with this?  The granddaughter of the neighbor of your Grandmother may have the recipe you are looking for.

Check with Civic Organizations or Churches in the Community

Many civic organizations and churches used to (and some still do) publish an annual cookbook. Members would contribute recipes to be included. Heritage Societies are another place to check along with College Sororities. Both  frequently compiled cookbooks using member submissions as a form of fundraising. If you know of a relative that attended a particular school it might be worthwhile to research if a cookbook was published during their years of attendance. Try to acquire a copy. They might have contributed a “borrowed recipe”.

A trip to the Library or a Used Book Store might bring about a happy ending to your search.  The recipe you are looking for might be older then you originally thought.  It could have been handed down numerous times and may not have been “original”. It might have come from an old cookbook, like my mother’s “secret” recipe for mincemeat cookies!

If you know the name of the recipe, the search should be very easy.  The results will be numerous and it will be a matter of simply finding the one that looks like it might be right.  Of course you won’t know for sure until you actually try it.

If you don’t know the exact name, type in as many ingredients as you can recall, starting with the uncommon. The number of results may be overwhelming at first but you can eliminate many by adding or deleting some of the search terms.

When I was a little girl, my neighbor was Mrs. Reid.  I calculate she was born in the late 1880’s. I would trot across the street every Saturday morning because it was her day to bake and I had the honor of being her official “helper“. I would watch her for hours. Her hands flew around the kitchen with expertise as she chatted with me. She never showed any signs of hesitation when mixing the ingredients, relying solely on memory. Looking back I am amazed at how successfully she multi-tasked.  I can still recall the large, round, plump, sour cream cookies and how incredibly good they tasted straight out of the oven.

I have tried repeatedly to track down her recipe. I have baked many that seemed similar only to be disappointed when the end result was lacking a certain something.  Recently, I recalled there were teaspoons of something brown that went into the mix. I looked online using the search terms Sour Cream and Nutmeg/Cinnamon/Cloves.  I quickly found a few recipes that called for Nutmeg. After a few attempts, I used the one that called for baking at a lower temperature for a longer period of time.  I  believe I have finally found what I have been searching for.  If only I could remember to set the oven timer so they don’t burn!

Do you have a favorite recipe? Was it handed down or did you have to locate it? Please feel free to post it or comment on how you acquired it.

Taking your advice on finding a recipe that brings back memories was very beneficial.. I never would have thought of asking a family friend...I'm on the way to finding out how the cheesecake my great-grandmother provided at all special occassions, (and at the begging request of family members:) was so perfectly made... One taste and the whole world disappeared... hopefully I can match the intensity by following the recipe... However, I don't know if she left anything out when she gave it to a friend... It's not like my Granny to want anyone to be able to match her wonders in the kitchen... I guess we will see=) If not... I will absolutely come back to this article to find more tips to find the REAL recipe=) Thanks for all the wonderful ideas!!!

What a lovely bit of information. I've wished I could get my hands on family recipes from my Grandmother, great tips, Thanks :)K

Our local House of History has some old cookbooks buried among the others. I noticed quite a few Heritage Society cookbooks online as well. I was actually rather surprised by how many. Thanks for your input!

Oh man, finding a recipe on the Internet is like looking for a needle in the haystack. I like what you say about Heritage Societies though. I wish we had some here. I once looked through the records of one in the US and they had great things there. Can't remember what i was researching and what else I found, but there were all kinds of memoirs and family histories and stuff about the development of the city, with its buildings and its occupants seen through family histories-- very interesting stuff.

This is a quick 30-minute dinner with very few ingredients. The trick is to u...

Guacamole Dip: Avocado with a Kick

After looking at various recipes for guacamole and trying various combination... 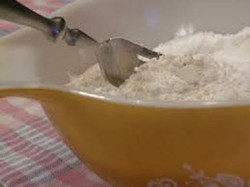 This is a quick 30-minute dinner with very few ingredients. The trick is to use flavorful foodstuffs which go well together and make the bland zucchini appetizing.
100%  19   11 Mira
Finger Foods 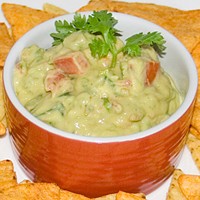 Guacamole Dip: Avocado with a Kick

After looking at various recipes for guacamole and trying various combinations, I found a mix of ingredients and ingredient amounts that work to make a tasty, zesty avocado dip.
Loading ...
Error!