How to Study For and Pass the RPR Skills Exam

The words "RPR test" strike fear in the hearts of seasoned and newbie court reporters alike. Here are some great tips to help you pass the RPR skills exam on your first attempt.

I worked as a court reporter for ten years before I finally broke down and took the Registered Professional Reporter exam. I was lucky to live in Florida, one of only about 20 states that don't require the certificate to be a stenographer, so I hadn't needed to take the test before I started reporting.

I wanted to become an RPR because I believe in being the best in my career. But the thought of speed tests freaked me out. How could I ever pass, let alone pass on my first try?

Well, pass on my first try I did, and I learned that my ability to pass or fail the RPR began long before test day.

It's All in Your Head

It sounds cliche, but it's true.

I was waffling back and forth when I was thinking of signing up to take the RPR. Could I pass it? Was it too hard? I don't want to waste all that money!

Then one day it was like a light bulb went off in my head. I thought, "I do this everyday for a living. If I can't hang on for five minutes, I shouldn't be doing this job."

The same reasoning can be applied to brand new court reporting graduates. You've passed all of your 225 Q&A's to get your diploma. What's the difference between a speed test at your school, and a speed test at the RPR testing site?

The answer is not a thing. The difference is what you make the RPR out to be in your mind.

It's nerves, not ability that keeps most reporters from obtaining their RPR.

Don't Freak Out! It's Just a Test!

Control your nerves and the RPR will be yours.

Five minutes writing 225 Q&A? That's no big deal to most graduates and working reporters. But as soon as you slap the word test on that five minute take, suddenly everyone's eyes glaze over and they freeze like a deer that's caught in the headlights.

So what's a wannabe RPR to do?

In a word, relax. Yes, taking tests can be scary, but remember, you've written 225 wpm takes before and aced them. This is just another take.

Don't dwell on the fact that you're taking a test. In fact, don't even think about test day in the days and months leading up to your exam date. Hopefully you've been spending your time practicing your lit, JC, and Q&A instead of wasting your time worrying about whether you'll pass.

Other RPR's I've talked to and swapped war stories with used hypnosis CD's to help calm their nerves. After taking the test and failing it multiple times, they tried hypnosis and they were finally able to pass.

Practice Will Get You the Results You Want

Yeah, practicing is a bummer, but you won't get anywhere without it. 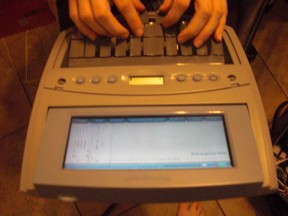 But the reality is, if you don't consistently practice, you won't pass the RPR.

There is a right and wrong way to practice though. 30 minutes of effective practice is better than a whole hour of a bad practice session.

So how can you effectively practice? Set aside a specific amount of time a day to practice. Get rid of any distractions. This means turn off your cell phone, tell everyone to not bother you, and close your door.

When I was speedbuilding, I left my machine set up at home. It gave me no excuse not to sit down and catch a quick 10 to 15 minute practice session. On most days I didn't have an hour or more stretch of time to devote to practicing. Breaking it up into smaller segments helped me get in much-needed practice time.

Although using briefs does make your writing shorter, learning them right before the test is disastrous. Briefs help you write faster only if they come automatically, and for them to come automatically takes time.

Briefs can be a lifesaver, but learn them after you've taken your test.

It's important to practice at speeds higher than what is required by the test. That way when it's test day, everything will feel slow and gettable.

A good number is about 20 wpm faster that the RPR speeds. Some people think practicing at insanely high speeds, such as 300 wpm, is the key to building speed. I tried that method, but my accuracy suffered, even when I wrote at slower speeds. 240 was the sweet spot for me.

Also, don't use RPR practice tests for practice material. For one, they're too slow and you won't build speed. Instead, use them as a guide to judge where you are. Take a practice test once a week. You'll be surprised at how much better you're getting from week to week.

Yeah, practicing isn't fun and nobody likes to do it, but it's a necessary evil when it comes to taking the RPR and passing it.

Great Personalized Gifts for Those Who Pass the RPR

What Do I Need to Bring to the RPR Exam?

Be sure to bring your own equipment and supplies because the exam site will not provide anything.

How Many Errors are Allowed on the RPR?

Okay. It's exam day. It's time to freak out, right? Nope! You've practiced for weeks and your nerves are pretty much under control. It's all good!

It's finally over! Now comes the hard part: waiting 4-6 weeks to receive your results in the mail. Congratulations, you passed!

Thanks for your tips! This was pretty helpful.

This is really good information, so I'm pinning it to my Things You Really Need to Know board.

I'm glad for you. They can be tough. Thanks for reading!

Reminds me of the days I used to sit for shorthand exams. Thankfully for me no longer required!

Thank you! And thanks for reading my article even though you're not familiar with reporting :)

I think you've covered just about anything you'd need to know about passing the exam. Great article.

Signed up for the RPR WKT exam but not sure what to study? This guide to prep... 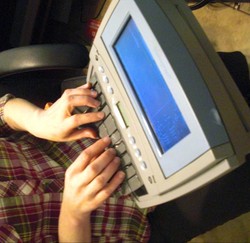 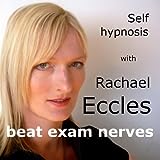 Signed up for the RPR WKT exam but not sure what to study? This guide to preparing for the written knowledge portion of the RPR will show you what areas you should focus on.
59%  7   5 AbbyFitz
Career Information

Not all stenographers are in the courtroom. Learn what other career opportunities are available to court reporting graduates.
Loading ...
Error!