If you want to know how to write a letter of recommendation for a student, you should first understand it's importance in terms of conveying qualities, capabilities and so on.

A letter of recommendation is a very powerful letter if written by a person of high authority. Basically, these letters are written in order to assess the characteristics of a student such as - his or her general qualities, capabilities with respect to a specific job, internship or something else of importance.

These letters are usually written by a person of higher authority/post than the person they’re recommending and they’re focused on a particular person and directed to a single person or a whole management.

If you’re wondering why students need a letter of recommendation, then you’ll be up for a surprise; because, everything right from admission into kindergarten these days works better if you have a recommendation letter backing your child.

When is a letter of recommendation required?

Some of the main branches and events wherein a student would need a letter of recommendation include;

What does a letter of Recommendation signify?

This is why you need one of them

A letter of recommendation is worth a thousand words - Yes, you can call it a picture. Here's a list of what your employer or selector gets out of your recommendation letters: (The points in bold are applicable to students)

Writing a recommendation letter for students made easy

Students aren't going to be the ones writing the letters - Make sure of that :) By for students I mean FOR students

The first thing I must say - If you can't write something positive for a student, then don't write at all! There have been many people who were useless - At least this was the tag pasted across their forehead; but it was these very people that changed the way we live. Let's consider 2 examples (this is a really important point and I do need to stress on it, you could always skip this part if you wish)

Walt Disney - I wonder if anyone coming across this article doesn't know about this great personality. "He lacked imagination and had no good ideas!" Well, that's what the newspaper editor said to him. But, we very well know what he turned out to be - don't we?

Albert Einstein - Didn't speak until the age of four and it took him three more years to read. What a mentally handicapped child right? He wasn't even granted admission into the Zurich Polytechnic School, could it be because a recommendation letter wasn't in his favor? - i.e. if that University used recommendation letters those days.

Well, I've read the PDFs not the hard copies and the Kindle format

Everyone knows how to write a letter, a recommendation letter is pretty much the same. However, you need to know what you're writing it for:

There's a huge difference between Recommendation and Reference letters - you ... 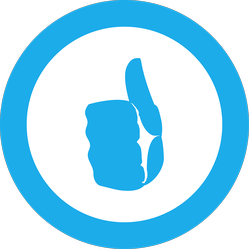 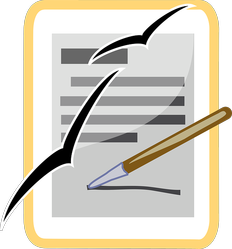 There's a huge difference between Recommendation and Reference letters - you can compare them to chalk and cheese actually. Also, you should know what you need - Read on to know.
100%  6   6 Sheri_Oz
Career Development

How to search for the best academic institution re your professional goals and interests, how to verify whether or not it is the place for you, and how to plan for the experience.
Loading ...
Error!