How to Write a Thesis: Book Review of Umberto Eco in Translation

The book How to Write a Thesis is a 2015-released translation of Come si fa una tesi di laurea, a classic Italian 1975-published review by Umberto Eco.

Writing a thesis takes 6 to 36 months

The content, form, and style manual begins with the worst case scenario of students who are clueless and desperate about choosing a topic, cinching research, and completing writing. The 1975-published review classic therefore considers a range of writing schedule deadlines, from a rigorous six-month minimum to a super-relaxed three-year maximum.

The seven chapters, preceded by forewords and introductions and succeeded by notes, disappoint no one, writing-blocked or not, since task completion depends upon:
• narrow thesis focus;
• retrievable research-worthy resources;
• vigilant pre-submission protocols.

Professor Eco's conclusions on the multi-applicability of a thesis completed by a passionate competitor emerges logically from task-specific chapters. Individual chapters furnish specifics on:

Everything gets covered, even academic humility and collective projects.

Umberto Eco is emeritus professor and president of Scuola Superiore di Studi Umanistici (Graduate School for the Study of the Humanities) at Università di Bologna, founded in 1088 with centuries of tradition as center of learning.

The 223-page text holds succinct guarantees to realizing unfaltering progressions through the above-mentioned six hurdles within six months. Prescriptions and proscriptions indicate successful thesis-writing by students in the humanities even though the information is adjustable to non-humanities disciplines. They join to identify such personally comfortable and professionally practical guideposts as:

In his Foreword to How to Write a Thesis, Francesco Erspamer, Harvard University Romance Languages and Literatures Department, noted prior translation of Eco's Italian original into 17 languages, including Persian (1996), Russian (2001), Chinese (2003).

How to Write a Thesis numbers among the modern household's indispensable guides to educational accomplishment and professional achievement.

Umberto Eco is a member of Accademia dei Lincei (literally "Academy of the Lynx-Eyed"), an Italian science academy founded in Rome in 1603.

The Academy's offices are housed in Palazzo Corsini, a 1730-1740 late baroque palace built for florentine princely family of Corsini.

How to Write a Thesis, first written for Umberto Eco's students, offers practical advice in an absorbing style.

The Name of the Rose by Umberto Eco

The Name of the Rose: starring Sean Connery and Christian Slater ~ Available via Amazon Instant Video: Buy with 1-Click® ~ Also available in Blu-Ray and DVD formats

The book Gardens of Italy by Ann Laras gives a review of 500-year-old sustain... 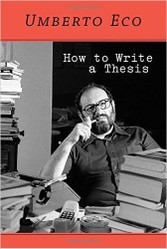 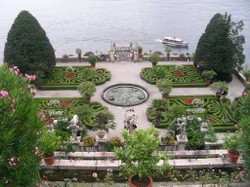 The book Gardens of Italy by Ann Laras gives a review of 500-year-old sustainable green treasures in the central, northern, and southern Italian peninsula.
100%  7   28 DerdriuMarriner
Mystery