Hurricane Sandy is known as the storm of the century and causing more damage than Hurricane Katrina. Residents on the East Coast of the United States will be rebuilding for years.

Hurricane Sandy made history with its unique turn as it slammed into the Atlantic Coast. Normally a tropical storm will hit east and then turn northeast back out to the Atlantic Ocean. What made this storm different than the rest is that instead of moving out towards the ocean, it took a western turn more inland prior to moving north.

Global warming and climate change could have played a role in this super storm.

Famous landmarks like Coney Island destroyed to where the future of ever rebuilding and opening it up again looks bleak.

Below are ten of many unique fact of Hurricane Sandy

1. Super storm Sandy has been labeled by meteorologist as the worse storm of the 21st Century. The largest tropical storm in the Atlantic and early 1000 miles wide across. The winds gusting up to 90 mph as it hit the Atlantic Coast.

2. Hurricane Sandy is the tenth hurricane of the 2012 season.

5. Thousands left homeless in the United States on the East Coast. Millions of residents are without power late October to the early week of November 2012.

7. Total storm damage is in the billions of dollars. It is estimated to be as much as $30 billion in lost businesses and $20 billion in residential property damage.

8. The damage to the East Coast far exceeds the damage cost wise compared to Hurricane Katrina.

9. For the first time in 108-year-history of the New York subway system, the transit system had to shut down due to flooding.

10. The New York Stock Exchange closed their doors for two straight days with no trading. The last time this happened was 1888 for weather related reasons.

Was Sandy the Worst Hurricane to Hit the United States?

Though known as the worst hurricane of the 21st Century, it is not the worst to have hit the United States.

The death toll is minimal compared to all the hurricanes that hit the states. The hurricane that breaks this record among all others is a hurricane that hit Galveston, Texas in 1900. With 145 mph winds, this hurricane killed 8,000 people. The cost of the damage would equal to over $113 million in today's dollars.

The most costly hurricane in U.S, history is Hurricane Katrina in 2005. Up to $108 billion in damage in Alabama, Florida Panhandle, Louisiana, Mississippi and Alabama, The Greater New Orleans was hit the worst.

The ten deadliest storms listed below with the death toll of those who lost their lives.  The Great Labor Day Storm of 1935 provided the setting for the movie Key Largo, staring Humphrey Bogart and Lauren Bacall.

Where were you when Hurricane Sandy happened?

sandyspider, Thank you for the practical information and product lines that always encourage revisits! How did you fare with Hurricane Florence?

DerdriuMarriner, it was a serious Hurricane. Changed many lives.

sandyspider, I was inland but not far enough to escape the extensive East coast effects. The stock exchange closing tells the seriousness of Hurricane Sandy.

LadyGuinevere I am sure that there will be worse storms to come.

Yes it was a pretty bad storm but not the worst by far and it might not be in the future.

I see. Thank you, Sandy!

Mira, Hurricane Sandy went all the way up to Canada. Though it was more of a storm by time it hit there. New Jersey and New York were the worst hit.

So I understand New Jersey was hit the worst. How far up to East Coast was Sandy felt? Probably all the way, if it was felt in Ohio and Wisconsin . . .

katiem2, We even felt it in Wisconsin with a strong winds and colder weather right afterwards.

WOW very humbling images, video and facts about the most recent hurricane Sandy. I'm in Ohio and we felt the effects of this devastating storm. My most positive thoughts are with everyone touched by this tragic event. Good story coverage. :)K

The price of well-being....

Jerry Lee Miller was on my radio show this week. We discussed his anti-fracki... 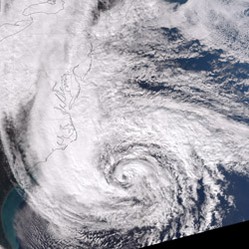 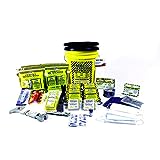 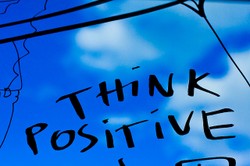 To be 'green' today is something more than an attitude. It is an urgent need. Deforestation threatens the ecosystem, hopefully some people want to do something about it...
100%  33   36 Prospero
Environmental Ethics 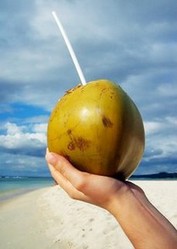 Jerry Lee Miller was on my radio show this week. We discussed his anti-fracking activism. Fracking is discussed in the following article.
Loading ...
Error!