I am Jamaican and my Black is Beautiful

We have created different "shades" of black. The racism struggle in Jamaica is VERY REAL!

“The dark girl is uglier because she’s black”, from the voice a 2 year old American black girl in a documentary I watched the other day entitled “Dark Skin Girls”. I cried through the whole 60 minutes because it will never be any less painful to see hurt that we as black women have been plagued with and we probably will always be going through this. We have been belittled for years, often times at the hand of our fellow black brothers who would much rather marry a “light skinned” girl than a Nubian princess. It is a battle that cannot be won but must always be fought.

We in Jamaica may not think that we go through the racism struggles that Americans go through because we have “equality” of all races here, I mean our motto is “Out of many, One people” right? Quite the contrary actually; in our little country we were also raised with the mindset that black is dirt and in order to be beautiful, we must scrub this “dirt” off our skins. We straighten our hair, we bleach our skin; we want to be “beautiful” too. We want our babies to have curly hair because “knotty” is too “negro” for us.

What is fascinating is that Jamaicans take racism to a whole new level because now we have perpetuated the absurd façade that there are different shades of black, so to speak. We no longer want to be Jamaican black, we strive to be American black because apparently Jamaican black is far too “ghetto” and it says to the world that we are nothing more than tiny islanders. Yes it is true that the world has a tainted perception of us because of violence and corruption or whatever else you can find to speak ill of this blessed island, but how can we change that perception if all we do is put all our energy in trying to be something we are not?

I have had a few encounters with people who thought I had an “accent” because I speak Standard English. It is pitiful that we now think that if someone sounds even the least bit educated then they must not be Jamaican, they must be American or English because Jamaicans cannot be that smart. We have boxed ourselves in and have started to look in the mirror and see ourselves exactly how majority of the world still sees us.

I know someone who was born, raised and still lives in Jamaica but speaks with an American “accent”, why? Because in her mind, others treat you with more “respect” when you sound like you’re not from here and she believes that so much, she has convinced herself that she’s not even Jamaican, she has convinced herself that she belongs in the U.S.A. but claims to love her island dearly. She’s obsessed with looking American, sounding American and even going to school in America, she refuses to apply to UWI or UTech (top performing colleges in Jamaica) because they aren't good enough for her. Unfortunately, we are so socialized that society has caused us to think that if we aren’t “a different black” then we simply aren’t good enough. Personally, in as many ways as I have been mistaken for an American, I have also been treated much differently because of it and that is disappointing.

It is time we realize that all black is BLACK, whether you are caramel coloured or dark chocolate, we are of the same race. We have the whole world against us, we don’t need to be against ourselves as well. We are only united as a nation when someone else is out representing us but why can’t we represent ourselves? Why can’t we stop for a second and stop blaming the government for the state of our country. The government cannot change the country if we don’t help them to do it. All we do is complain about their changes but settle for them anyway and don’t suggest better. All we do is drag each other down if one of us gets too high; just because I prefer to express myself in English rather than patois doesn’t mean I’m selling out my country, I have been called a “fake Jamaican”.

It is time we realize that we are not the melanin in our skin, we are much deeper than our epidermis. If anything, our colour is a symbol of where we’re coming from. Our skin burnt a deep purple hue because of the sun we were forced to slave in for years but when our scars heal, they are hardly visible. Our black is strength, our colour is freedom, and they never had to fight to be accepted so they cannot appreciate the power of unity. So the next time someone calls you “tar baby” tell them, they would not have roads to travel safely on if it wasn’t for tar. They should be thanking us for carrying them on our backs while bearing shame between our legs. 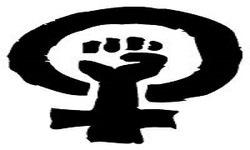 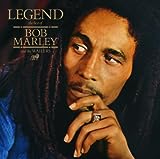 Have you been discriminated against due to your looks? Are some people out right mean to you because you're thin, pretty or handsome? Do some treat good looking people badly?
Loading ...
Error!