I Statements - Examples and Exercises in Communication

I statements, or I messages, are a form of communicating with many benefits, such as conveying respect, reducing conflict, and being more persuasive.

This page is about the use of "I statements", also called "I-messages".

Here I will show you how to use I statements to convey respect to people with differing opinions, to minimize conflict, to be more assertive, and to be more persuasive. Below you will find concrete examples and exercises that you can use to challenge yourself to communicate in more effective ways.

The way of communicating expressed here can both help you and help others you are interacting with.

This page communicates my personal ideas, which are heavily influenced by Why This Way, as well as being influenced by Nonviolent Communication; and Cognitive Behavioral Therapy.

Examples of Why I Statements are Important

I statements help to respect others' boundaries and perspectives.

Just as invading someone's personal space without their consent is likely to make them uncomfortable, your use of language can overstep boundaries, making people uncomfortable and defensive.

Here are some examples of statements that could be likely to overstep boundaries and make people defensive:

Do you like being told you're wrong, when you feel very certain that what you said is correct or true?

Do you like being told that you didn't mean something that you said?

Work with the ideas above to learn them thoroughly.

1. Think of and write down some statements that people have made to you that offended you, or that you feel overstepped a boundary.

2. Now write down some things that you have said which have offended other people.

So, how can you reword these statements using I statements, to become both more respectful and more persuasive? Read on!

Learn better by watching and listening?

Here is a video I made about I statements, particularly in the context of discussions where people have differing viewpoints.

Turning the negative comments above into more positive ones!

These are a few examples of how you can use I statements to respect people's viewpoints when they differ from your own. With effort, you can think up some of your own examples.

If you experiment with communicating in these ways, you will be likely to find that you are able to discuss controversial and emotionally-charged topics without upsetting people as much, and you may also find that you become much more persuasive when interacting with people who have differing views.

Take the statements you wrote down above, and try rewording them as explained here.

Beware: How NOT To Use I Statements

Using I statements effectively involves more than just including "I".

I statements, like many things in life, are something that can be used effectively or poorly. It is important to not just reword your statements using the word &amp;quot;I&amp;#039;, but rather, to make sure to embrace the spirit of respectfulness and positivity when using them.

These are unlikely to have the desired effect of making people comfortable or being more persuasive. Do these sound ridiculous? It might seem that way now, when you're thinking straight, but when people get into a heated discussion, or when they are angry or take offence at something that people said, they can fall into patterns of making statements like this more easily.

If you want I statements to be effective, make sure to embrace the spirit behind them, like in the examples explained above, rather than just including the word "I"; in your sentences.  Keep it positive!

A simple and powerful way to use I statements to be assertive!

Asking for what you want is a key aspect of assertiveness, but I personally also find it to be a key aspect of respectful communication as well. If you are indirect about what you want, it can inconvenience others as they try to guess what you are looking for (often unsuccessfully). Asking directly eliminates ambiguity, which is considerate to the listener.

Asking directly for what you want is useful in close relationships, in the workplace, in school, and when dealing with businesses, stores, and corporations. It is useful anywhere other people are involved. You won't always get exactly what you want, but it usually doesn't hurt to ask.

You can also ask a direct question. For example, in the third case above:

"Can you refer me to someone who can help solve this problem?" - People dont like to say no, and will be more likely to either solve your problem or refer you to someone who can, if you ask directly like this.

1. Think of and write down at least three situations that have upset you some time recently in your life.

2. Reflect on what you want from other people in these situations.

4. Go out into the world and ask people for something that you want!

Did you find this page helpful, gaining new insights into communication?

Like this page? Explore some of my pages relating to respectful communication.

Avoiding Hurting Peoples' Feelings - A Dangerous Idea To Teach Children?
The idea of hurting someone's feelings is often emphasized to kids, but it can be problematic and leave people open to emotional manipulation

Respect in Religion
How to converse respectfully about religion, how to share your religious beliefs in a respectful way that will help others to feel comfortable.
Updated: 07/07/2017, cazort
Thank you! Would you like to post a comment now?
5

Yes! I definitely find it helpful to remind myself about these things. I understand the ideas and am familiar with all these methods of communication, and have for years now, but that doesn't mean I always focus on them or carry them out.

I generally think it's good for me to be reminded continually of these things, especially when I'm surrounded by people who may not be communicating in ways I consider to be as respectful.

Although I am familiar with much of what you share here I still find it useful and informative. As with many familiar things, gentle reminders are always welcome, and a refresher course in respectful communication skills doesn't hurt me a bit.

Thank you! I think it's interesting that you say the suggestions are self-explanatory.

I've noticed that people tend to naturally have a wide range of communication styles, and there are some people who naturally tend to communicate in ways that use I statements more naturally, but there are also those who do not.

I even think there are some ways in which people can be taught to write in ways that state assertions as fact, rather than as opinion, because it's presented as a "stronger" way of writing...and I wonder if this can influence people's communication habits negatively.

I know, in my case, communicating respectfully did not come naturally to me; it was something I had to learn, and I think this may have been due to having a lot of examples in my life of people who talked about certain topics (especially political ones, but sometimes personal ones too) with great certainty. When I learned this stuff, it was somewhat of a breakthrough to me.

This is a good lesson in using words that do not sound correct especially in a fit of rage.The suggestions are self explanatory.

"We can welcome a trial and use it for better understanding. Or, we can becom...

What Is Intimacy Anorexia And How It Tears Marriages Apart

Signs of Intimacy Anorexia and how it affects marriages from my personal jour... 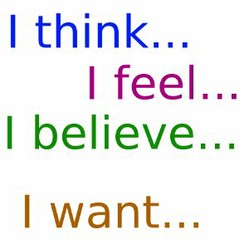 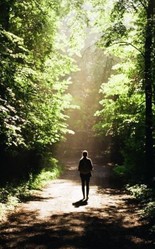 "We can welcome a trial and use it for better understanding. Or, we can become resentful of the trial and turn bitter. Which way do you handle the trials that cross your path?"
83%  42   4 LadyGuinevere
Repairing Relationships 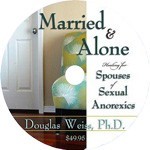 What Is Intimacy Anorexia And How It Tears Marriages Apart

Signs of Intimacy Anorexia and how it affects marriages from my personal journey.
Loading ...
Error!