Immortalists seek immortality, to live forever, here on Earth or elsewhere because death is not good.

No single way will achieve immortality. It will take hundreds of simultaneous approaches.

Since humans first learned to think and since the dawn of history, people have dreamed of immortality.  At first, people could do very little to act on that dream.

Besides Methuselah of the Bible who lived nearly a millennium, the ancients repeated legends of kings who lived for thousands of years.  And then there were the gods of old who lived for millions of years.

But myths of others will not help us.  What good is a story of Ponce de Leon's failure to find a fountain of youth?  An elixir of eternal youth or eternal life might be nice but the ancients mislaid the formula and so we arrive at the present day when we have the choice between life or death, peace or war, biotechnology or Ray Kurzweil's sick twisted dream of turning humans into gadgets with no emotions, no bodies, no souls, no spirits, and no reason to live -- if such an existence could be called life.

Like the beginning of each episode of the Six Million Dollar Man, we have the technology and we can rebuild ourselves but will we turn ourselves into a better version of ourselves or will we crash like bad software and be lost in the cloud of cloud computing?  The problem with the trans-humanist approach to achieving immortality is that they have apparently never read a history book.  They are ready to leap before they look.  Ready to throw away ten million years of evolution as if Mother Nature had learned nothing.  Ready to embrace machines that dehumanize rather than touch.  Ready to become "superhuman" despite the dismal record of Nazis, eugenics, the Ku Klux Klan and other purveyors of racial superiority.  Ready to become sub-humanoid.

No.  There has to be a better way.

Immortality is a good thing.  Every intelligent person desires it.  Many or most give up the youthful dream by the time the wrinkles and gray hair arrive.  The dream is again deferred to the future.  Consigned to the dust bin of fairy tales and fantasies considered not suitable for aging adults.  But even adults talk about flying cars and star ships and . . . .

, , , and life extension.  And a few join the life extension societies and sign up to have themselves frozen upon death.  And the dream is again deferred to the Twenty-Second Century.  Wasn't the Twenty-First Century supposed to be the fulfillment of all those Twentieth Century dreams?

A dream deferred is a dream denied.  No one will thaw you out except for Soyulent Green.  Either the dream of immortality has to achieved now -- today -- or it will not be achieved at all.  You disagree?  It is easy enough to prove my assertion.  What do all the projections of global warming and nuclear proliferation and population explosion say?  Temperature up.  Number of countries with nuclear weapons up.  Population up from six billion to seven billion on the way to eight billion.  And this is not even considering the hundred other serious problem mismanaged by our so-called "leaders."  This is a recipe not only for death but megadeath.  If you listen closely, you will even hear some people criticize the quest for immortality as "irresponsible" because you need to die so that someone else can have where you are standing.  Since we are heading for environmental and societal collapse, I suppose others will use your alloted space as a place to die since everyone from newborn to senior is dying anyway.  Born to die as they say..

Well, they may couch the necessity for you to die in terms like euthanasia, the supposed "right to die", and dignity.  What is so dignified about death?  It is as messy as birth.  Messier actually because rotting sets in faster.

We need to get it through our heads that everyone is dying.  Yes, even "healthy babies" because those babies are getting older and (fast forward 72 years) will die -- unless we radically change direction as a people.

What sort of change?  A moratorium on conventional war for starters.  The only war we should be fighting is against death.  Toss out "leaders" who refuse to reverse climate change.  Insist upon universal literacy.  Insist upon universal health care.  Get the government labs and universities and biotechnology companies busy working on immortality.

Don't drag us into stupid Tea Party fears that health care costs might be reduced.  And don't pretend like we don't know that the Tea Party members are shills for hospital chains and insurance companies.  The marching morons have ruled this planet long enough.  It is time for the adults to take over.

No one is going to die in this revolution.  At least not at our hands.  But quite a few fools will kill themselves because they will refuse to live in a world without war, without pollution, and without crowding.

Once we achieve immortality, what will happen next?   How will we live in a post-immortality world?  Will we all sit around on clouds playing harps?  (No, that's death you're thinking of.)  Will we walk around naked in a Garden of Eden paradise plucking apples from a forbidden tree of life? (Actually nudists in Florida do that now.)  What will happen next?

It is easier to imagine such a world than you might guess.  It will simply be a cleaner version of the nicer cities you have seen.  Not some plastic Disney World but a world where you hold down a job but a job that you enjoy.  There will be holidays and vacations (whether you like it or not) because automation is taking away the boring and hazardous jobs.  There will be danger and adventure for those who don't value their immortality.  And the crowding will end as most people head out into space to seek jobs on terraformed worlds.  Terraforming asteroids, moons and planets means to engineer them to be indistinguishable form Earth or, at least, close to Earth in terms of atmosphere, oceans, trees, and perhaps even gravity.

Excitement for those who want it and safety for those who don't.  This is our bright future.  But to get there we have to change almost everything.  To get a foretaste of this future, on your next vacation:

2. exercise and get your body in shape (or start getting into shape to prepare for your vacation so that you don't look fat in a bikini or scrawny in your swim trunks)

4. surround yourself with things you want to see more of in the future by picking a destination that looks like your vision of a better future

5. change your career if that is what you want to do

7. start a company that will build some aspect of this better world

8. talk about this better world on your vacation

9. go see a positive movie about a better world (believe it or not, such movies exist but are not shown at the local multiplex)

11. stay at a futuristic resort or bed & breakfast inn  (shop around, they are cheaper than you might think)

12. attend an inspirational lecture (Rev. Joel Osteen, Dr. Peter H. Diamandis,  or whoever makes you optimistic about the future)

Most importantly come back from your vacation changed and determined to make positive changes in your personal life as well as the world around you.  It is in this milieu that it will be easier to make immortality a reality.  More safety, less crime, and common action to prevent the disasters that our scientists have been warning us to avert.

Guide to Immortality 2
An intermediate level resource for immortalists.

Rose,
Another view is the satisfaction of out-living the people who said that we would never amount to anything and the doctors who said we were going to die soon. However, I agree that it would be nice to have most of our own generation around because most people relate well to their own age cohort, speaking demographically. For example, Gen X'ers and Gen Y'ers have somewhat different attitudes about life. However, immortalists themselves will form a growing group and that group will eventually out-number ephemerals and then wipe them out of existence.

Relax, ephemerals will be wiped out of existence by the simple process of them either deciding to become immortalists or, more likely, dying of old age.

"Produce some lasting work . . . which remains after you've gone." Good luck with that. Of all those millions of novels, only a few novelists (Dickens for example) are remembered. Even the Library of Congress throws away brand new books and worn-out old books because they have a finite amount of shelf space. Google and Amazon could erase a digital book in a micro-second. It happens. If you do not know that, then you do not know how e-readers work. They can reach into your machine and censor a book or delete it. Go to a book store if you can find one and ask the manager what happens to books that do not sell. They are returned for credit to the publisher where they are ground up and recycled.

When foolish people try to upload their minds to the "cloud" or the internet, likewise, they can be deleted, erased and purged. What lasts when crazy people love to fight wars in the Middle East where some of the oldest antiquities are found? What lasts where IS blows up archaeological sites because they worship ignorance? Do you know much about the lives of your great-great grandparents? I rest my case. Will your great-great grandchildren know anything about you that is worth knowing?

The best way to take on infinity and eternity is to live forever. And to make friends among other immortalists. If your paths cross enough times during the coming trillions of years, I guarantee much more rewarding friendships than those jerks in high school who called you names or bullied you. When society makes the adjustment from ephemeral to immortal and safety engineering becomes a way of life in the universe, we may well have marriages that last for spans of time longer than quadrillions of years. Like the Q Continuum in Star Trek.

I think it would be very lonely to live too long and have lost most of our generation. A better way to immortality is to produce some lasting work - a novel or something, which remains after you've gone

Up until me, no one really took immortality seriously. Immortality was always a metaphor and people did not really mean it. What they meant was being remembered (but people forget you). Or they meant spiritual immortality (but your soul is supposed to be immortal anyway while your body turns to dust). I tend to use words in literal fashion. If immortality means living forever and if one has an instinct for self-preservation (instead of letting yourself get killed), then it seems to me prudent to take a few wise steps. Take care of your health and take safety seriously and encourage researchers to develop the means of achieving an age-old dream.

Three Years On: how retirement is now

After a few years you can reflect on your retirement and what it has meant fo...

The Book Baby Boomer Health by Donna Gates has been getting a lot of attentio... 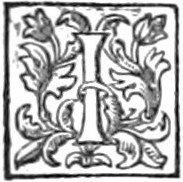 Three Years On: how retirement is now 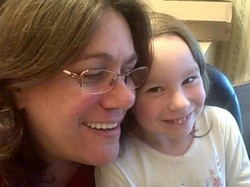 The Book Baby Boomer Health by Donna Gates has been getting a lot of attention. But is it worth money spent to study what we know is coming....getting older?
100%  13   7 Nelda_Hoxie
Retirement Communities

Enjoy breathtaking Autumn landscapes, easy treks to Boston, Worcester or Providence and the tranquility of living in a luxurious over-55 retirement coummunity.
Loading ...
Error!