In Dependent State (The Growing Cycle of Dependency)

Independence is an idea that has confound societies great and large over many decades. Yet today many are accepting a worse slavery than our founders ever faced. The Welfare State.

The state of depending on a department of welfare, rather than employing the tools at our disposal to affect change around us. Americans Europeans African Asian even Latin countries and some "breakaway" republics fight and conspire to attain a level of independence from some oppression or another.
Declaring their freedom from a supposed tyranny or bondage, or a proposed hindrance; they establish laws and documentation to state their case and ideology of FREEDOM. And incepting these words they speak and express a belief they have freed themselves from all hindrance or any co dependency issues. Yet still today,
MOST OF THE WORLD IS STILL SUBJECT TO OUTRIGHT SLAVERY.

A system of welfare dependency and pure class subjegation. 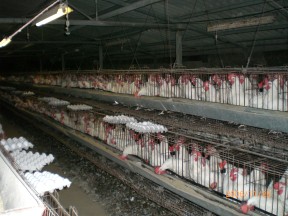 Addiction is fueled by hunger.  Quote, “your wants your needs you feed.” What you desire determines what you’re willing to put to your mouth and what you’ve decided to seek out.

How far you’re willing to go to feed the hunger, and your tolerance acceptance level goes furthest in determining what actually appears on your plate. Simply because, we can’t feed our addictions everything and anything, without actually risking creating a new dependency.

Most of us however aren’t trying to replace dependencies. If you’re reading still you’re trying to actually break the dependency.   And what I have learned is our dependency issues begin with what we eat, our food. Which, today regrettably, is provable are controlled by complex corporations and specialist marketing interests.

I don’t state this to imply all corporations are bad or evil. Nor do I advocate a liberal or conservative policy point. The measurement though exists and others offer the numeric’s of the general populous’ food distribution ownership.

What I state is itself a frightening enough issue. This being, the State of man is determined and tied to his food supply. And today our food sources and supply is increasingly or predominately controlled by corporate interests and “partnerships”. Partnerships, which aren’t limited to our friends and neighborhood associates but are woven into our governing and regulatory bodies. The selected or electable officials whose oaths declare them friends to the cause of liberty and independence; But whose actions lean more so toward corporate projections and idealized strategies.

It was these officials we thought to elect to protect our declarations of independence; but now many are realizing have made us subject  to varying addictions and an almost wanton slavery, which we fought (ancestrally in some cases) to free ourselves of. Though perhaps slavery is too provocative a word (true but nonetheless). What we have now reflects more of a permanent servitude. Indentured or indebted the servitude is the same. Because what we gain is less than fractional towards freedom and even less so healthy. It has actually become so near to slavery as to say, we the addicts instead of people. Less than a man, than three fifths… accept whatever edict is handed down as just as long as we don’t suffer beatings incarceration or any hint of withdrawal.

It’s difficult to contemplate until you see no longer do individuals grow anything. We don’t produce any tangible thing corporately (familially). Nearly everything we receive we accept, is handed down and managed for us.   So much so until political interests even feel comfortable delegating to “independent” people they can’t grow or produce their own without governing oversight.

So we the addicted can’t supply ourselves equip ourselves; free ourselves of our known dependency. We have to be managed measured chemically and genetically enhanced or modified to pacify a hunger we didn’t have generations ago. Or more specifically to quash any desire to ask is there something more we’re missing. Is this it?

The state of bought and paid for; sold everyday on the exchanges for pennies on a devalued dollar. All while believing your needs are being supplied or afforded you by the government and it’s friends.

The Politics of “People quit Trying”:

Enabling the Co Dependency of Others 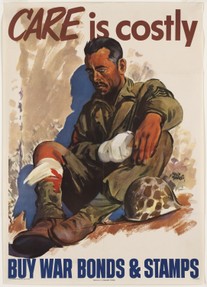 The government i.e. politicians, consider themselves as creations of the people by the people, yet somehow and somewhere along the line the definition of PEOPLE changed.

Ideally, people as God made them (Genesis 1:27) became people as they see themselves (Genesis 3:7). These became people as we decided we’d like to be (Preamble). Expressly men, Man endowed with certain thoughts; inalienable rights warranted by our creator. The evolution closing with what we have today. “Corporations are people too my friend”, Thank you Mr. Romney.

However I don’t attribute this alone to politicians or corporate interests. In fact I actually don’t assess too much toward the addicts either. The enabling of this codependency began with an abdication by the religiously compelled.

The inclined and perceptually “enlightened” have quieted themselves with study or some other compulsive behavior that allows them to ignore the state of man and the growing dependency. Not considering that even as “ambassadors” for Christ the land you currently reside has needs to be addressed. Needs that there was never instruction left to ignore. The instruction was do not be or become dependent or addicted to worries (Matthew 6:25-34). Instructions that were further amended (Luke 22:35-38); be prepared and handle situations the way you were taught and instructed.  Or in my abject paraphrase - Voice Up People.

Because you can’t blame corporate interests when the people sit back quietly and don’t vote. Nor do they make their voices heard. And this is not limited to voting or protesting.

For Christians in particular, America and throughout, what are we vocalizing for? What are WE praying for? And what are we faithfully expressing in our daily walk? (Matthew 18:19,20)

I understand peace on earth and God’s Kingdom Come. Yet there is also the verse, “ The effectual fervent prayer of the righteous availeth much. (James 5:16,17)KJV

Your voice has the power to change the world. The question is; what are you using it for?

Confession is Stage One of the Recovery:

Our voice has many capabilities but only one is needed to end bad habits or help break our dependency. That being confession. Taking the opportunity to say, “ I made a mistake.” I misunderstood. And at this point this is what I’m doing to stop enabling the addiction. 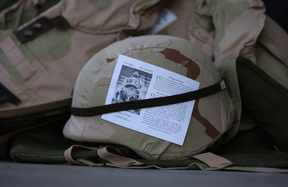 After recognizing the issue, will you confess the issue? And having made confession, how are you going about addressing the issue?

Or simply quoted, “See It, Speak It, Treat it”

The treatment seems like the most difficult part however many are not willing to believe - let alone speak about dependency issues.  This despite general acknowledging, “ Confession is good for the soul” or James 5:16- confess your sins one to another and Pray one for another…

Which means, We The People; can foster an environment for change if WE are willing to recognize our dependencies.  Then take an opportunity to Speak of our dependencies “Confess” (civilly of course). And then proceed to, Changing the behaviors that created the addictions in the beginning.  Or as James put it (Jam 4:7) ESV;

Submit yourselves to God. Resist the devil and he will flee from you.

It’s Not working if you keep doing it but nothing ever changes.

Recognizing The Addictions We Face:

Some of the problems and issues facing citizens today at a general glance.

These are some of the things, which affect us individually and corporately. Yet these addictions are not too much for these words (James 5:16). The effectual FERVENT PRAYER of a righteous man Availeth much.

Dependency is defined: relying on someone or something else for aid, support,

All the things mentioned above many governments now subsidize proposing to do the greatest good. Supposing as they say creating accessibility to the “little man” the impoverished.  In reality what they have most efficiently done is create a dependent state. Not only have we allowed them to create the addictions we face. The selected politicians have been on some levels celebrated as we have become more and more dependent on the governing and corporate partnerships.  Sad to think we the assumed to be free; have been sold a bag of goods.

Goods that only work for a little while until their broken again; And of course we go back and feed the addiction until sated again without questioning.  In some states I think the lemon law would apply here. That is to say if we visualize the addiction as an automobile.

Then again though the political interests would just contrive to convince us it’ll work next time. Let us keep trying. When clearly, if you keep doing the same thing and nothing ever changes; IT’S NOT WORKING. The problem, the addiction is only getting worse. To the point that today…

An entire nation believes it has right to get high and be high all the time regardless of the consequence. At what point then will WE say,

What do you Think Is Humanity's Greatest Dependency Issue?

How does where you live deal with dependency issues?

What Can be Done To Break The Habit You See?

If you've lost a job or have other issues that have contributed to a difficul...

I get so annoyed with the articles on “how to live well on half your income.”... 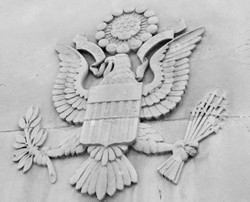 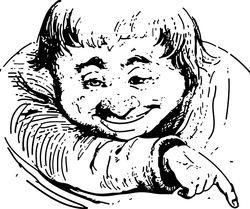 If you've lost a job or have other issues that have contributed to a difficult situation, you might find a way here to make things a little better.
100%  45   21 Ragtimelil
Poverty 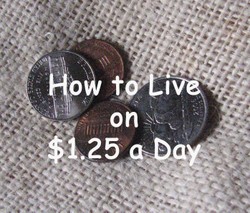 I get so annoyed with the articles on “how to live well on half your income.” They obviously haven’t tried living on my FULL income. Here’s how I do it.
Loading ...
Error!