Irish Myths and Legends ( 2 ) - The Children of Lir

Swans were brought to Ireland by the Normans in 12th C and even today swans are strictly and rigorously protected there. Is this because of one of Ireland's most famous myths?

The myth of the Children of Lir is one of the best known Irish tales. Despite the many variations in events, names and places the basis of the story is always the same: A King's children being turned into swans by their witch step mother. It is sadly interesting that the concept of a jealous, nasty step mother persisted over centuries.

It is stated that this myth has been developed around various countries and indeed it is believed to be the basis of the famous ballet Swan Lake.

Given that swans arrived in 12th century Ireland. It is most likely that this myth is an adaptation and development of an even older myth with swans as an addition. A statue of the Children of Lir stands in Dublin (pictured below).

A myth is tale of long ago which is impossible and couldn't have happened but developed to explain a natural event or to entertain people.

Names in the tale

The Lough in the Myth ?

The tale supposedly took place long ago before even the Gaels arrived in Ireland, which predates the Norman invasion by over a thousand years and more.

The Da Dannan were considered to be early supernatural beings in Ancient Ireland and when Bodh Derg was elected as the high king, King Lir was very angry.  Bodb married off one of his daughters, Aoibh, to Lir and they were very happy together .having four beautiful, soft skinned children called Fionnuala, Aodh and Fiachra and Conn, who were twins.

The family were heart broken when Aoibh died and so Bodb sent another daughter, Aoife, to marry Lir.  Aoife cared for the four beautiful at first but soon became jealous of the love their father had for them especially as she had no children with Lir of her own.

When Lir discovered what had happened to his beloved children, he took Aoife to Bodh the High King who in his fury turned Aoife into a demon of the air.

900 years passed and the swans were swimming in the water when they heard the Christian bell brought by Patrick. Patrick wanted to bless them but the children knew that they would be 900 years old when the curse was lifted. They asked Patrick to baptise them first and so Patrick baptised the swans. The spell was lifted and the children regained human form but died immediately of old age.

This is such a moving and popular story in Ireland and around the world. Swans are fiercely protected in Ireland and Britain where they are considered to be the property of The Queen.

Was the old myth referring to the children being turned into a flock of birds and this developed into swans?  Is there an element of truth in this old tale?

Regardless, this is a beautiful tale of love and loss.

Yes, as with all mythology there is probably an element of truth there, ...the Christian bell sounding and bringing change, the cruel step mother …..

What a sad story! Thank you for the article.

Yes . I smile to myself when people say that they are " Celts " . The Gaels and the Britons adopted incoming Celtic culture as opposed to being Celts themselves. The word comes from Keltoi which means barbarian.

Veronica is quite right on the origin of the British Celts. The Britons told Julius Caesar that the tribes of the coast had come in as incomers, but those of the interior had been in Britain since the beginning, and they believed that the original Britons were the Picts, who had retained the older pre-Celtic culture of Britain. This is consistent with what Veronica was saying about the Britons adopting Celtic culture.

Good point Derdriu
Indeed, the Ancient Britons are believed to have adopted the "Celtic culture" as opposed to being originally Celtic themselves.
The actual term Celtic only became used in approx. the 18th C .

Veronica, Isn't it interesting that Aoife became a demon of the air and that the children were restricted to swimming, not flying, as swans? It always looks to me like there's truth behind Celtic tales. Perhaps this story offers something on the original homeland of the Celts since swans are revered in Indian and Iranian culture and the light-eyed, light-haired, light-skinned Tarim Basin mummies in what is not westernmost China spoke Tokharian, related only to Celtic.

Yes this is how myths and legends change and adapt over time.

As tou say, swans arrived in the 12th century, so the earlier versions probably had geese, which migrate to Ireland anyway.

I am fascinated by myths and legends and I hope to start doing some Irish myt...

The new Titanic Hotel stands next door to the magnificent "Titanic, Belfast".... 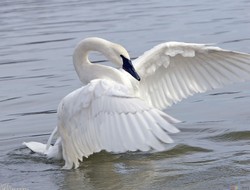 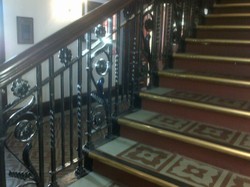 The new Titanic Hotel stands next door to the magnificent "Titanic, Belfast". I popped in for coffee yesterday during my visit. It is a gem and there are Titanic artefacts to see.
Loading ...
Error!