Is HIV on the Rise Again?

Recent reports reveal HIV infections are on the rise again in an entirely different group than we might think. Find out who's learning they are HIV positive.

The youngest members of our society have become those experiencing a new outbreak of HIV. Could it be we've grown comfortable with the decline of the disease, its treatment and life expectancy? While medical advancements have gained in positive treatment. when diagnosed early. it’s vital to detect the disease before symptoms occur. The lack of awareness may be the reason for the new outbreak of HIV cases. It’s important to open a dialogue with young people between the ages of 13 into their early twenties, the group most affected by this disease.

A new HIV outbreak is affecting our youth.

The recent reports of positive HIV diagnoses are on the rise. The group this outbreak is affecting is our youth. The positive cases reported in those as young as 13 years of age to those in the early 20's.

It's hard to say how this may play out. As the news is released parents will become aware and yet most often doubt their child may be affected.

The thought of such young teenagers becoming infected with HIV is difficult to consider. Most parents believe their teenagers, especially those just becoming teens, are sexually active much less HIV positive.

The new outbreak of HIV cases affecting our nations youth could go unnoticed if public awareness is not properly handled.

While most parents won't consider their children could possibly be among this group reality may dictate other. While it’s hard to imagine your child is involved in any activities that spread the HIV infection it could be possible. It’s vital that those infected be diagnosed early. While this disease does not bring with it the rapid death sentence it once did it is crucial to begin treatment early in the onset of the disease. The early treatment has the greatest most positive impact on the HIV virus.

The most effective tool in the spread of any disease is awareness and knowledge.

First and foremost we've all feel HIV is a disease in check and control. This new outbreak is the tragic result of a society no longer spreading the word of this disease, its means of spreading and the reality that anyone engaging in unprotected sex or drug use can contract the disease.

The methods of protection form HIV and other STD’s should be discussed openly giving our youth the vital stats and the protection they need to stay safe and healthy.

Raising awareness of this new outbreak and the disease as a whole is a crucial public awareness message.

Become a pro-active adult and spread the word among other parents and youth. Knowledge is the best defense. Parents may not be talking about HIV or Aids as they don’t feel it’s a real threat to their children. While the disease is alive and well every child should be made aware of it, the effects of such a disease and most importantly prevention.

The Danger of HIV

The biggest concern is the age group most greatly effected by the recent HIV outbreak may be the most reluctant to come forward or be tested.

It's unheard of for most any thirteen year old to admit to their parents they are sexually active or have used recreational drugs in any form.

It is for this reason this outbreak could develop into a full blown out break. It's important for parents to give this careful thought, spread the word sharing the news of this outbreak with their children and getting others talking about it spreading the word.

Finally parents should practice great patience and understanding when discussing this topic as judgement will cause a teen or young adult to withdraw and remain silent about their potential exposure.

Is HIV still a Problem?

Were you aware of this new group of people struggling with positive HIV diagnosis?

No, I had all but forgotten about HIV as I thought is was under control due to;

I must admit I thought AIDS and HIV disease were a thing in the past something we've learned to avoid with the exception of them countries. however it does make sense that the young people in our society are not mentally capable to focus the roller bility to AIDS and HIV.

Yes, I've heard of it and not at all surprised because:

It seems that something gets managed but pockets persist or problems surface, such as bubonic plague in the southwestern United States of America and polio.

In my work I've hung out with a lot of younger people and they have a strange sense of invincibility and, with all the info out there that is available, it's rather frustrating and scary at times that they're so unconcerned about their futures! :(

Sure, with educational systems and other problems of our society we have, I would be surprised if this group wouldn't be in big trouble.

What do you think about this news of HIV?

DerdriuMarriner, A new show recently aired about the struggle for aids patients to get proper care, legislation and support to find treatment, and possibly a cure. We have come a long way since the issue first came to our attention in the 80's

katiem2, Thank you for this informative but sobering article. In the first read, I was hoping that the article would conclude that the rise is due to improved reporting of the disease. But alas no!

cmoneyspinner, So true, thanks for spreading the word.

Shared this to my health page on Facebook. When something can kill people there's no such thing as talking about it too much!

Thanks for addressing something no one wants to talk about but we really need to--I fear I know so many people who hope that if you just don't acknowledge something it doesn't exist. Yikes! :(

We have to talk about real problems and we have to find time to talk. Education starts in family (conventional family is falling apart for decades) and HIV is all about education and responsibility. I am not an expert in history but can hardly imagine if any generation could be less responsible than our.

Brenda, It is I was sad to learn about this and knew I had to spread the word because the group at risk is the one most likely to keep it secret.

Kristy, Awareness is vital to change the path of this disease. Young people need to be reminded it is alive and well, spreading and can infect them if they participate in risky behavior.

This is tragic and yet what you write makes perfect sense. I'm going to share this with everyone I know. I have two teenagers (young) and know all to well what goes on with those as young as 13, my kids tell me stories all the time.

Worried your teen is falling in love or has a crush and how it will effect th...

Public Display of Affection in School

Learn the significance of hugging, saying I love you and public displays of a... 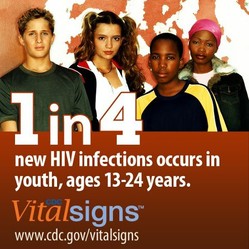 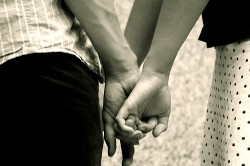 Worried your teen is falling in love or has a crush and how it will effect them? Learn the best steps to take when your teen falls in love, or is crushing on another.
55%  2   7 katiem2
People 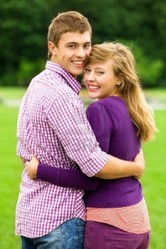 Public Display of Affection in School

Learn the significance of hugging, saying I love you and public displays of affection in an on the schools where your child learns.
Loading ...
Error!