The universe is so vast there is always a speculation that other planets may harbor intelligent life, but the things need for complex life forms is quite restrictive.

With the discovery of a planet orbiting Proxima Cenuri, our nearest neighbor in the Universe, questions arose again regarding the possibility of life on another world. Several things helped bring this about. The planet is close to the size of Earth, just slightly larger which means it is not a gas giant. And, it appears to be in the Goldilocks Zone of its star, the region where water can exist in the liquid state. But, is that enough?

Yes, planets orbiting other stars have been discovered on a regular basis since the early 90s. The early finds were gas giants, which can cause a noticeable wobble of a planet’s star. Smaller planets require more elaborate technology, such as monitoring stars for a slight, and I do mean slight, dimming as the planet transits the face of the star. Or, use of Doppler shifts to determine when a star is moving towards, then away, from Earth as a planet orbits it. Direct observation is not practical.

Consider the number of stars, and that a large percentage probably have planets.  The claim is the odds favor a well placed rocky planet that can support life exists.  But there is often a caution the life, if it exists, is probably microscopic.  So, why not be even more optimistic and claim there is probably complex life forms, possibly intelligent life forms?

The Things Human Life Depends On

The obvious requirements are temperatures in the range so liquid water can exist, a solid surface, and oxygen to breathe.  A planet close to a star has a better chance of being rocky, and temperature depends on the energy output of the star and the distance away from the star the planet orbits.

Earth is on an elliptical orbit, but it is close to circular.  An elongated orbit can bring about temperature extremes not conducive to higher life forms.  Yes, life can adapt to environmental change, but within limits, and annual swings are not easily adapted to.

We Owe Our Existence to an Ancient Star

Years ago a star much larger than our sun exploded in a supernova.  Our sun builds elements into more complex elements through fission, but any element heavier than iron requires an addition of enormous amounts of energy to be made by the fission process.  This is possible in a supernova, not a smaller star such as the sun.  So, we came from another star which exploded.  Our sun has about eleven billion years in its life cycle, but large stars can go through their fuel and explode in as little as ten thousand years.  This comes from and is well discussed in The Universe series first year in a segment on the Sun.

The abundance of carbon and oxygen indicate an origin in a supernova, but there is no other way to get the heavy, radioactive elements like uranium.   This is important because radioactivity adds internal heat to the Earth and keeps our core with a molten layer.  And the molten iron in the core helps generate a magnetic field, which deflects high energy particles from the sun.

Our moon is theorized as having come from a collision with the Earth and another planet size object.  The Earth increased its iron, and hence its magnetic field, as a result of partially capturing the other planet.  What was not captured formed the moon.  Our moon is also necessary for life, since it stabilizes our axis and gives repeated seasons, a condition helpful for plant life.  And the collision is probably the cause of our twenty-four hour day.  This comes from the segment of the video of the first season of The Universe series titled Moon with details William Hartman’s work.

What Are the Odds?

The first thing we need is a star that is orbited by a rocky planet at just the right distance to have a year of reasonable length.  The planet needs a near circular orbit.  There must not be too much activity on the star or the magnetic field will be inadequate to stop high energy particles.  Stopping high energy particles requires heavy elements from a supernova to keep the core molten and generate a magnetic field.  There must be enough radioactive material to keep a molten layer of iron which must be in abundance.  Water must also be in abundance.  Oxygen, including oxygen for ozone to stop ultraviolet rays, is also needed.  So, the Goldilocks Zone is a mere beginning.  There is so much more that must be present.

So, the planet would be best if orbiting a star about the size of the sun at the distance the Earth orbits the sun, and have had its origin in a much larger star that went supernova.

There are many stars, but the odds of finding intelligent life depends on so much more.

Could God create two or more intelligent life forms?  Well, if you believe in angels you realize that He has.  That is the simple answer.  But, it should suffice.

The introduction image, and the image used on the Zazzle products, is from NASA and is in public domain.

Thinking of the vast number of stars and those planets that are no doubt out there is is very thought provoking to imagine all that truly lives beyond our planet.

I have been actively adding environmental articles as well. This particular article was just a response to a recent discovery, and what that might really imply. Some people do not realize how much is involved in having a planet suitable for complex life, and get very exceite over such discoveries as recently occurred. we must temper the enthusiasm with what exactly can we hope to find.

blackspanielgallery, Thank you for the lovely suite of Blue Marble- and exoplanet-related products. The discussion here about the fragility of life here on Earth is prescient since Blue Marble-like photos are showing more and more of a blue green Earth, striking in its own way but sadly indicative of ecosystem pollution and of globally warmed climate change.

I have just added another Wizzley article that discusses why complex life would not likely be found close by. The answer was too lengthy to just place here. I wrote about what we know about our own solar system.

This is a point worth thinking about.

Perhaps unreachable distances, just like stars, are a precondition for life to exist.

We will never be certain, but the best guess theory is after the core solidified the solar wind brought high speed charged particles into the atmosphere which ionized the atmospheric molecules, and they then repelled each other with many being lost to space from the push of the charges on each other. The earth has a molten core that creates a magnetic field. Charged particles tend to deflect by magnetic fields into circles, which in the case of the earth becomes a spiral down the field lines to the magnetic poles, where the interaction with the atmosphere occurs resulting in the aurora displays. Venus has volcanic activity, so it must still have a molten core. Mercury has gone the way of Mars, with the added heat and low fravity its atmosphere is lost to space for awhile.

Thanks for this information. I did not know why Mars had lost its atmosphere. Why did the Martian atmosphere charge like this, while ours and the Venusian atmosphere did not?

The colors of NASA shuttle suits were principally orange, blue, and white. What color space suit the astronauts wore for each of three special purposes
59%  13   3 blackspanielgallery
Astronomy and Space 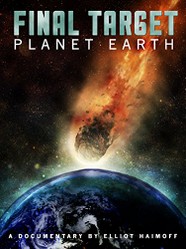