IT Infrastructure expensive? Try these 3 tips for massive savings

IT is one of the biggest expenses for a small business. If you're costs are running wild, then this article is for you.

Overspending on hardware is far too common in many businesses. It it usually easy to justify the extra spending by pointing out the predicted improvements in reliability, speed and resiliency. The reality is often quite different. Here are some ways to save money on server infrastructure that you can take and implement immediately.

The major problem with presuming more money equates with better reliability, speed and resiliency is the data that supports those assumptions often lacks precision. Like the old saying goes "Half of all money spent on advertising is wasted. The problem is nobody knows which half." The same can be true of buying speed in a server, for example. How much speed does a dollar buy? How about two dollars? Does it buy twice as much? If not, then there is an implied trade-off which might cause some to think that second dollar was wasted.

Thinking Outside the Box

Although most IT professionals are well aware how important temperature control can be in a server room or IT facility, some might be surprised at how much stress temperature changes put on electronic components. An oscillating increase and decrease of even a single degree at intervals of a few seconds or minutes can damage precision electronics due to the expansion and contraction of the surrounding metal frame and circuit boards.

This is especially true if there is a source of water vapor anywhere in the circulation pattern for the facility. Placing a bowl of water on the ground in a room where the ventilation system is working at maximum efficiency can cause condensation even if the system is set up to prevent it. This can be disastrous, especially if nobody notices for an extended period of time.

Hardware made by a company with extensive experience in the server industry is often the best choice. The reason is because such companies have invested decades in cultivating a knowledgeable culture around their products and are in a position to explain all the relevant options. HPE Server Bundles are a perfect example.

It is much easier to focus on precise estimates and to optimize a server room based on manufacturer's recommendations. This is the reason most companies interested in maximum value select world-class manufacturers. It is not necessary to look for the answer when both the sales and the service teams have the same data and are able to apply their recommendations to the common problems faced by both small and large-scale enterprises.

Ultimately, making a good decision requires a balance between price and performance and between statistics and wishful thinking. Overspending in order to chase a slight increase in reliability or even an increase that may not exist is rarely the best approach. Making sure you get the best value for your money, on the other hand, can never go wrong. 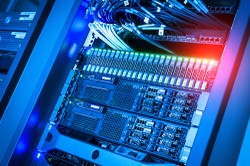