Jeanne d'Arc, or Joan of Arc, was born in France in 1412 and died in 1431, burned at the stake as a heretic. Her crime? Listening to voices which she claimed were from heaven, and successfully fulfilling what they asked her to do - drive the English out of France and have the Dauphin crowned as King of France.

She was only 19 when she died, but her life has had great impact, and not just on the people of her country who were liberated. Although she died condemned as a heretic, she was finally canonized as a saint in 1920. Her Feast Day is May 30th, chosen because it was the day she was burned at the stake.Today she continues to be honored as an example of courage, piety, and patriotism.

Image of Joan of Arc from Wikimedia Commons.

The Story of Jeanne d'Arc

Jeanne d'Arc, or Joan of Arc, was born in 1412 in the village of Domremy in the province of Lorraine in France. Her name is a matter of some confusion. Her surviving signatures are all spelled "Jehanne," without any family name. "Jeanne" became the accepted French version. Clearly "Joan" is the English approximation.

She did not come from a place called "Arc," so the "d'Arc" likely is an approximation of her father's name. She often referred to herself as la Pucelle, "the Maiden," and was known as "the Maid of Orleans" or "the Maid of Lorraine." Her native village was renamed Domremy-la-Pucelle in her honor.

Her family were poor peasants. Jeanne tended the animals, and had little education. The 100 Years War was in full swing and much of France was under English control. The French monarchy was in a bad state. At age 14, Charles VII had assumed the title of "Dauphin" as heir to the throne of his insane father.

Jeanne first heard voices around 1424. She reported that the archangel Michael, Saint Catherine, and Saint Margaret told her to drive the English out of France. She was also instructed to bring the Dauphin to Rheims to be crowned King of France. Jeanne was convinced that these voices and visions were from God.

At first things went well. Jeanne d'Arc gained an audience with the Dauphin, and convinced him to put her in charge of an army. She rode to victory relieving the siege of Orlans and swept on to free Rheims. There, the Dauphin was crowned as King Charles VII.

At this point she was quite the heroine of the people. She was seen as fulfilling prophecies about a "Maiden" who would free France.

However, things were not so simple and soon problems arose. Political issues threatened her position. A young woman riding around leading an army and doing better than veteran military leaders could not be popular for long!

And, despite her feminine appearance in some artwork, Jeanne d'Arc had her hair cut short and wore a man's clothes. This also led to criticism.

Unfortunately, during one of her campaigns, Jeanne d'Arc was captured by the Burgundians who gave her to the English. If Charles VII had been a really good guy he could have rescued her. But, he didn't.

So, Jeanne d'Arc was at the mercy of the political machinations. The Church was quickly involved - well, she did say she heard voices of angels and saints giving her messages from God! Naturally, a heresy trial was initiated.

It seems to make sense, except that the trial was politically motivated and Bishop Cauchon had no legal jurisdiction. Small wonder they succeeded in convicting her of heresy despite her brilliant and pious answers. It seems they tricked her into signing a confession (she was illiterate) and agreeing to wear women's clothing, and then leaving her no choice but to wear her soldier's outfit again, either to protect herself against rape or because the dress was taken from her.

The End of Jeanne d'Arc's Life - Burned at the Stake

Convicted of heresy, the punishment for Jeanne d'Arc was death by burning at the stake.

It is said that she asked for a cross to be held high so that she could fix her eyes on it when they lit the wood under her.

It is also said that she cried out to Jesus in a clear voice as the flames rose.

Canonized as a Saint

For five hundred years since her death people have sought to portray Jeanne d'Arc in every way imaginable. Some have said she was possessed by demons, defending the conviction of heresy. Many have suggested she was a puppet in the hands of the political leaders. But for the people, she has been an adored heroine, a martyr, and finally a saint.

Even when tortured and condemned to death by burning at the stake, she maintained her faith that she was guided by voices from God. Her beatification finally came in 1909; her canonization as a saint in 1920.

Why Does Jeanne d'Arc Inspire Me?

A French heroine who united France driving out the English, and a Catholic saint - that really doesn't sound much like me!

OK, well maybe because I was born and raised in Scotland I sympathize with driving out the English. And then she certainly had a lot of trouble with the Catholic Church, and at lot of the Protestants in my community had a pretty bad opinion of the Catholic Church. So she did have some things that I could relate to; being burned at the stake not so much though!

But still, why would this 15th century young French woman inspire me? Well, there's a few reasons.

Others were Inspired by Joan of Arc too

George Bernard Shaw wrote a play entitled Saint Joan based on the trial records. Portions of his dialogue are taken directly from the transcripts. For example, he found Joan's answer to the question of whether she knew herself to be in God's grace to be quite brilliant:

The significance of her answer lies in the fact that to claim to be in God's grace was heresy since Church doctrine held that no-one can be certain of being in God's grace. Of course, had she answered that she were not it would have been an acknowledgement of her guilt.

Leonard Cohen wrote a song called Joan of Arc that I often listened to when I was in college. I loved his music then! And the combination of his song-writing and singing and the story of Joan of Arc was just a winner for me.

How Do I See Jeanne d'Arc Today?

I'm no longer a teenage girl excited to ride off into battle waving a sword, a banner, or anything else! Perhaps it's just that I'm older (and hopefully wiser) but perhaps it's also that times have changed. Today, I see the solution to problems as less amenable to physical confrontation and more in need of solutions based on mutual respect, a desire for harmony, and an understanding that we are all God's children.

Joan was inspired by God to lead the French army against the English. I have no doubt of that. She was very brave, and smart too. She persuaded the Dauphin to let her lead the army, she rallied the soldiers, and she led them to victory. Good going for anyone, let alone a young teenage girl!

She was famously captured, tried, tortured, and eventually burned at the stake. Quite a sacrifice for doing God's will. But, more than all that physical pain, she had to abandon her family, her life, and any hope of marrying and having her own children. To me, now, I understand that that was a very great sacrifice.

Being canonized as a saint is good. And no doubt it's a good thing for the Church to have reversed its judgement on her as a heretic, and to have given her the highest status of sainthood. But for Jeanne herself, does she spend eternity riding that horse into battle with her sword held high? Or worse, tied to a stake with the flames approaching? I hope not. I hope and pray that she was taken by her angels and saints and Jesus, to whom she cried out at the end, to a place in God's kingdom where there is no more of that kind of pain.

But still, it seems to me, her true happiness can only be attained by the experience of love, not just of God, but of people. She still inspires me to bravely take action guided by God. But I also think of what she could not have in her life, and to bravely seek that too, for surely God wants us to love each other as one family.

More about Jeanne d'Arc/Joan of Arc

What do you think - Is Jeanne d'Arc your heroine? Is she a saint?

Absolutely! We could do with more like her to be role models today.

She was badly used by everyone around her. She was young and good and full of zeal and is a superb role model to the young women of today. I wish she was used as more of a role model than some of the ridiculous celebrities that young girls are presented with these days.

Well done Jeanne. I am sure you soon reaped your reward.

Yes, I am still moved by her story.

I think she is a saint. Like you, as a young girl, I was fascinated by her story. I remember choosing her famous speech from Shaw's play as my entry in a dramatic reading contest. There was something magical about it.

Every society has had clergy, representatives of their faith who carry out va... 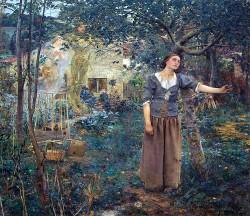 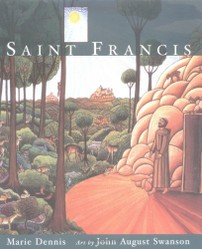 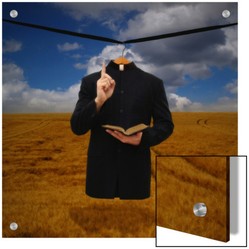 Every society has had clergy, representatives of their faith who carry out various rituals and teach their religion. Are such people necessary these days?
Loading ...
Error!