Jessie Willcox Smith: Her Life Through Art and Paintings

Jessie Willcox Smith was one of the most successful illustrators of all times. Although without her kids, she created images of happy childhood we accepted as de facto standard.

Jessie Willcox Smith was an American artist who signed many successful projects. She was a very successful painter in oils and watercolors, she created cards, calendars, magazine covers, posters, but her legacy lies in illustrations for children.

Many people claim Jessie Willcox Smith is the best illustrator of all times. While we can never agree with such an absolutistic view on something so subjective as art, it's absolutely indisputable she achieved more than most artists ever dreamt.

Miss Smith's art is very popular among collectors today. An original illustration can easily achieve several thousand dollars. But she experienced real success during her lifetime too. Working in one of the rare areas where women were allowed to compete with men, yet still frowned upon, she became one of the most wanted and best-paid illustrators in the world, with monthly paychecks exceeding yearly pays of otherwise still well-payed works by her colleagues.

What do we know about her? Where lies the secret of her success? Why are her works still attractive and radiant as a century ago?

Here are ten interesting facts about Jessie Willcox Smith to start with:

1. She studied to become a kindergarten teacher

Miss Willcox Smith was raised in an affluential family, going to private schools aiming to get the position of a kindergarten teacher. A few articles mention that after a while she realized her back is too weak for non-stop bending to get at the same level as kids. Maybe it's true, maybe not, but really important was an invitation from her cousin who already had some artistic knowledge. They together attended a workshop on drawing where Jessie discovered a new love.

She enrolled in the Philadelphia School of Design for Women (today it's called Moore College of Art and Design and it's the oldest art school in the USA). There she excelled in all areas, particularly in working with clay (!) yet soon noticed the level of available knowledge won't be enough for her aspirations. So the next year she moved to PAFA (Pennsylvania Academy of Fine Arts) where she studied under notorious Thomas Eakins.

They never became friends but he gave her a huge boost on self-confidence when she got the ability to work with models (Eakins liked to use cadavers and was later fired for using a too disclosed model in women's class) and learned the basics of then-revolutionary new photography. Both skills paid extremely well for her later.

The true breakthrough came when she started studying at Drexel Institute for Arts and Sciences under legendary Howard Pyle. There she also meets her lifelong friends Elizabeth Shippen Green and Violet Oakley with whom she later bought a house and shared working place.

Shippen Green, Smith, and Oakley were called Red Rose Girls (after the name of the house: Red Rose Inn). There was a fourth girl in the house as well.

Her name was Henrietta Cozens. She became a well-known horticulturist and often served as a model for all three painters. She also took care of the housekeeping. There are rumors about the intimate friendship between Henrietta and Jessie (none of them never married, got and kids, or any known intimate relationship with men) but we'll never know what was true.

They stayed in Red Rose Inn for fourteen years and after that moved in the neighborhood where they named the place Cogslea after their initials and word lea (old English for meadow). Both houses were homes and working studios for all four and places to hang out or even live for a few years for many friends and relatives of them. There she had sources of inspiration and contemplation, not to mention Sunday tea parties with cakes and muffins, even after Shippen Green's marriage.

4. Magazines made her first and most important income

Right after graduation on PAFA she got a job at the advertisement department of already popular magazine Ladies' Home Journal. Her first assignments were not spectacular yet she relatively quickly gained some reputation and got a chance to participate as one of the illustrators for the book that further strengthen her self-esteem and probably convinced her to acquire even more knowledge - at Howard Pyle at Drexel's.

In Smith's early covers we can clearly recognize the influence of Edward Penfield, admired for his execution, and Mary Cassatt with her superb sense for composition. When she was an established artist and very much-in-demand, Good Housekeeping, a magazine approaching a million copies per month, hired Miss Smith to design its covers. She did that month after month, earning record-breaking salaries, for fifteen years in a row, until 1934, only a year before her death.

With her skills in art and advertisement Jessie Willcox Smith became a perfect choice for some of the most successful advertising products in history. She already created a few calendars with Shippen Green and other artists in her 'college' times. She made some more for magazines.

But the huge hit came with promotional calendars for Swift. The idea was simple: make top-rated artists work available to every household building a reputation for the advertiser at the same time. The calendar could be bought or given in exchange for a certain amount of labels from Swift's products. This calendar with four full-color full-page illustrations from four different fairy tales with pictures on one and text on the other side is a collectible item now.

The chosen fairy tales were:

We have already mentioned the successful project for Swift. Ivory Soap, Kodak, and Quaker's Oatmeals were among her signature works as well.

Many images were use in advertisements at first and in picture books later.

Just like many illustrations were created for magazines and later recycled for books, numerous pictures by Jessie Willcox Smith found their way to the postcard media from other projects. This trend actually continues even today when we can find her creations on new postcards sold by sellers on eBay, Zazzle, and similar online platforms.

Apart from the generic 'Childhood' theme mostly picturing kids at their everyday activities or children with mothers in different situations, there are more specific themes like First Sermon or Christmas.

Jessie Willcox Smith was a trained painter with all the necessary skills to earn a living just from working in oils or aquarelles. While her major achievements come from the field of illustration we should know she was very much in demand for making portraits as well.

Especially in her later years when she worked on so profitable projects she had more control of her time, many portraits for private costumers were done. Through all her career she constantly avoided working with professional models. Instead of that, she preferred finding a kid in the neighborhood and place him or her on the chair, non-stop telling stories to captivate kid's focus and trying to capture the magical moments of childhood's innocence. With huge success, if we may add.

She illustrated about forty books, mostly for children, in her lifetime, with numerous adaptations and reprints making her bibliography quite a complicated task. Among best-known titles we must mention Child's Garden of Verses by Robert Louis Stevenson, Heidi by Johanna Spyri, Little Mother Goose by various authors, Night Before Christmas by Henry Livingston, Water Babies by Charles Kingsley, ...

The first editions of her works, especially when signed can achieve several thousand dollars in auctions.

As every painter Jessie Willcox Smith regularly exhibited. She often collaborated with other artists and won a few awards, like Mary Smith's prize in 1903. A year after her death in 1935 Pennsylvania Academy held a memorial retrospective exhibition of her works.

Her originals can be found in a number of museums and similar institutions in the USA. You can see them in the Delaware Art Museum, Metropolitan Museum of Art, New York Public Library, Philadelphia Museum of Art, US Library of Congress, and other prestigious locations.

Jessie Willcox Smith never had a child yet her portraits of images of childhood still influence our perceptions of life as it should be. From this point of view, only Kate Greenaway had similar impact with her influence of children's fashion.

All used images are in public domain.

You may find them and many more on these addresses:

Do you own any of Miss Willcox Smith's works?

Thanks, Mira, for your comments and inputs. Yes, I intend to write additional post focusing on her books only. I also hope the problem with Amazon will be solved, so people could buy a piece or two as well.

P.S. As a suggestion, maybe it would be a good idea to also include some links to books in your articles.

Hi Tolovaj, what a great post! Your interest in all things fairy tale is invigorating. I find Willcox Smith's works rather intriguing. In some of her images she works with broader strokes and swaths of color than I would have expected. Part of it is probably the aesthetics of the times, a little after the tendrils of Art Nouveau.

Anne Anderson was one of the most popular and prolific illustrators of books ...

Walter Crane: His Art and Life through Illustrations

Walter Crane was an important painter and illustrator who tried to incorporat... 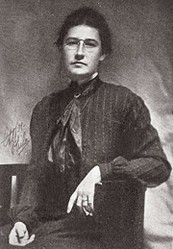 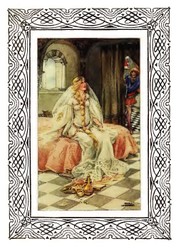 Anne Anderson was one of the most popular and prolific illustrators of books for children between both World Wars. She collaborated with her husband on many projects.
62%  8   5 Tolovaj
Other Painting Topics 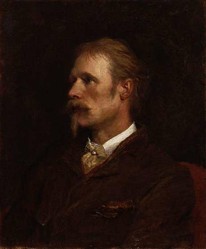 Walter Crane: His Art and Life through Illustrations

Walter Crane was an important painter and illustrator who tried to incorporate art in almost every single item from 'regular' life. Let's check some of his art work!
Loading ...
Error!