Muppets are special types of puppet characters created by Jim Henson. They often look like animals or imaginary beings, with wide mouths and large protruding eyes.

Muppets are more animated than traditional dummies or puppets. Henson and his puppeteers made sure the mouth movement matched the dialogue so it looked like the Muppets were actually speaking. Puppeteers use rods to move the Muppets' arms because they give more control over movement.

Each muppet has human characteristics and its own personality. Some of the more popular Muppets include Kermit the Frog, Miss Piggy, Fozzie Bear, Gonzo the Great, Oscar the Grouch, Bert and Ernie, Cookie Monster, Big Bird, the Swedish Chef, Rowlf the Dog, and Beaker.

Muppets aren't only popular with children. Adults love them, too.

Photo of Muppets Mural by Jeff Christiansen on flickr

Can You Identify Any of These Muppets?

Celebrating its 45th Year on Television

Sesame Street premiered in 1969 as an children's educational show. I wasn't aware of the show until the early 1980s when my son began watching it on television.

He watched the show for several years and I could hear it when I was in the house. I thought the teaching methods were wonderful and the songs were so catchy, I'd even sing along.

Kids have short attention spans and Sesame Street was a perfect show because the scenes were short and the songs and rhymes used to teach were catchy and repetitive.

I especially remember Big Bird, Oscar the Grouch, Bert and Ernie, The Count, Cookie Monster, Grover, Kermit the Frog, Mr. Snuffleupagus, and Elmo. Then there were the human actors like Mr. Hooper, Gordon, Susan, and Bob.

They all fit together into a believable place called Sesame Street. And although there were many books and toys created on the Sesame Street characters, there were no commercials on the show encouraging you to buy them. I appreciated that.

Sesame Street is still on televison; 2014 makes its 45th season. Can you believe it?

You can buy Sesame Street books

The Muppet Show on Television 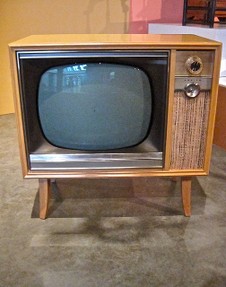 The Muppet Show was sort of a vaudeville song-and-dance variety show with lots of slapstick, music, and comedy. The show lasted for five series from 1976 to 1981 with 120 episodes.

Kermit the Frog was the master of ceremonies and also had to control the other Muppet characters who were always up to mischief.

Each episode featured a different human guest star; no guest star ever appeared twice. As the show became more popular, many celebrities were eager to perform on the show.

Many of the Muppets appeared on each show and others appeared occasionally. Some of the puppeteers were the same ones who worked on Sesame Street.

I always enjoyed the episodes on the Muppet Show as an adult, and my son liked watching it when he was child.

Kermit the Frog - It's Not Easy Being Green

Muppets in the Movies 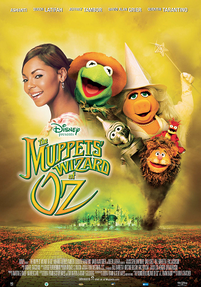 Movie poster from Wikipedia (fair use) The Muppets’ Wizard of Oz is about Dorothy Gale who isn’t able to follow her dream of becoming a singer.

The Muppets and Muppets Most Wanted 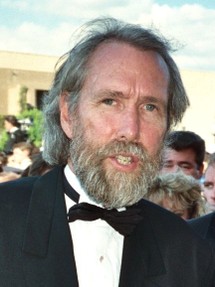 Jim Henson began developing puppets while still in high school. Then he created a short comedy puppet show called Sam and Friends, when he was a college freshman.  After he graduated from college, he produced coffee advertisements and developed experimental films. But wanting to be more creative, he founded Muppets, Inc. in 1958.

He began experimenting with puppetry techniques that had previously been used on television.  He made sure the puppeteers remained off-screen and began making characters from flexible materials, to allow for a wider array of facial expressions. And instead of using strings to manipulate the puppets, he used rods.

Henson became famous in the 1970s when he helped develop characters for the children's TV show, Sesame Street. He was involved with the show for over 20 years.

In 1976, concerned that the company was being typecast as providing only children's entertainment, Henson, Frank Oz, and his team produced The Muppet Show, mainly for adults.  Three years later the Muppets appeared in their first feature film, The Muppet Movie.  It was a success, becoming the 61st highest-grossing film ever made (at that time).

The Rainbow Connection, a song from the movie, hit number 25 on the Billboard Hot 100.

Later in his life, he founded the Jim Henson Foundation to promote puppetry in the U.S., and began creating realistic fantasy films that didn't include the Muppets.  And Jim Henson's Creature Shop built creatures for many other films and series

Jim Henson died of pneumonia in 1990, but his Foundation and Creature Shop continue.   One of his last projects is a show attraction called Muppet Vision 3D, opening in Walt Disney World and Disneyland in 1991, not long after his death.

“When I was young, my ambition was to be one of the people who made a difference in this world. My hope is to leave the world a little better for having been there. ” ~ Jim Henson

The Rainbow Connection - One of Jim Henson's Favorite Songs

The Song Was Written for the Muppet Movie, 1979

These books would make great gifts

Thanks for making it clear how muppets differ from puppets. I love how Jim Henson has given a creative twist to the puppets with each owning a unique character and trait.

I love the mupppets we need more good wholesome TV characters/role models like this for our youth nowadays...

burntchestnut, Jim Henson made a charming contribution to the landscape of the imagination. He achieved his hope of leaving "the world a little better for having been there."
Kermit is my favorite Muppet.

Paint-by-number kits are not as popular as they were in the 1950s, but you ca...

Marbles have been around a long time. Although people don't play with marble... 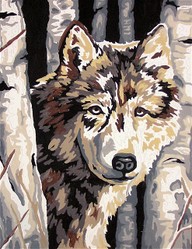 Paint-by-number kits are not as popular as they were in the 1950s, but you can still buy them today. It's a fun art project for kids and adults of all ages.
88%  7   10 AngelaJohnson
Other Games

Marbles have been around a long time. Although people don't play with marbles like they used to, they're still sold today and older marbles are collectible.
Loading ...
Error!