Lana Del Rey has managed quite a cult following with her unique voice, unique music, and powerful lyrics. She's worth listening to.

Lana Del Rey came out of nowhere, and to me it suddenly seemed like she was everywhere. She has managed quite a cult following with her unique voice, unique music, and powerful lyrics. She says she was influenced by the greatest of the greats in their genres, like Elvis, Springsteen, Janis Joplin, Nirvana, Amy Winehouse and especially Nancy Sinatra, and is known as the "torch singer of the internet era." If you haven’t heard her, you need to.

You were sorta punk rock, I grew up on hip hop ...You fit me better than my favorite sweater

Blue Jeans was blasting out of my friend’s radio as we drove from San Francisco to a nearby city just so we could buy burgers from In N Out. I fell in love with the way she painted such an incredibly vivid picture with her words. I had to hear more.

When I very first started listening to Lana Del Rey, I didn’t even realize she was a current pop star. I thought my friend had found some gem from the 60’s or 70’s or something. Those are eras that Lana seems to idolize, and which greatly influence much of her music, so it is no surprise I thought that initially. These days, I've dubbed her The Queen of torch songs.

One of the first things I thought of Lana Del Rey was that she was a bit like a modern day musical version of F. Scott Fitzgerald. Just in how I understand the novelist had this vision of the beauty that parts of 1920’s America had to offer, and he was down right obsessed with the culture of it, the money, youth, fame of it, and his literature explored that in all it’s beauty and darkness. That is exactly what I think Lana Del Rey does with her poetry and music, except instead of the 1920’s, for her it is more like the 60’s, and in a sense she sort of exalts an idealized understanding of the American Dream.

Because of that understanding of who and what her music is, I was not the least bit surprised when she was asked to write a song just for the new Great Gatsby film that released in 2013.

One of the things she sings about is wanting glamor. Diamonds are mentioned many of her songs.  As much as she sings about glamor, opulence, money, fame, she, in her very Lana Del Rey way, also makes fun of it in a way, in a lot of her songs. Most are subtler, such as in the song National Anthem, she sings about a fling she has with a man who is clearly very wealthy, “he says to be cool, but I don’t know how yet.”

Others examples are more blatant. In the song Cola off the album Paradise she sings, “I wear my diamonds on Skid Row.” Skid Row is an area of downtown LA, famous for being where the poorest live, where you’ll find a lot of crime, drugs, and prostitution. The imagery of someone wearing diamonds but living on “Skid Row” is so wrong it’s almost funny, and an image that I think is brilliantly done by Lana, as is the rest of that song. It is one of her more explicit songs though, so you’ll have to look it up if you wanted to listen to it, as I can’t share it here.

Been trying hard not to get into trouble, but I-- I got a war on my mind

As much as I loved Born to Die, and as different from typical pop as she may be, most songs on that album still have that formulaic ring of pop to it. Here was this person, she has this killer voice, she has unending soul and poetry, she has burning passions and she’s pouring it out into me with such force that sometimes I literally can’t do anything but to sit there and just listen to it. And I thought, there’s more to this person, she has a story that goes way, way beyond an album full of brilliant torch songs. There has to be.

That’s when I discovered the album Paradise, an extended play that was released shortly after Born to Die. That was what I’d been waiting for. It opens with the song Ride, and I just thought, “Yes, this is it, this is her!” So I almost immediately watched the music video to Ride, and she shares a heartbreaking but absolutely amazing and beautiful story along with the song. It is worth listening to.

I looked into Paradise and the songs she put on there and learned that’s apparently her old stuff. All I heard was that it meant it was the stuff she wrote while free from the confines of her current record label contract. And as much as I love, and will always love her album Born to Die, I now understand that what I’m listening to on that album is her writing under the strict guidelines of what her record label thinks will make them the most money.

My two favorite songs on Paradise are “Body Electric,” and “Gods and Mosters,” but I do absolutely love the other songs on the album. I die a little when someone tells me they’re a Lana Del Rey fan but they have only listened to Born to Die and don’t like Paradise. It shocks me that I hear that as much as I do.

I am telling you, even if you don’t like it at first, if you like Lana Del Rey, go back and give Paradise a good few listens, because what she has done there is absolutely brilliant.

I sing the Body Electric

Body Electric is so brilliantly done. It is obviously a nod to Whitman's poem titled "I sing the Body Electric." She conveyed the symbolism of fertility and seduction in Whitman's poem perfectly with her performance of this song.

They say I'm too Young to Love You

The moment I heard Lana Del Rey had a new album coming out all I could do was hope that it was more like Paradise than Born to Die. Then I found the track list and I knew it was going to follow Paradise rather than the more upbeat sound of Born to Die, and I could not wait to get my hands on a copy. There were weeks of excitement and anticipations between me and my close friend and fellow lover of Lana Del Rey.

The album, titled Ultraviolence, released on June 13, 2014. I’ve listened to it in bits and pieces since then, and finally had a time off to listen to it in full this morning. It is everything I hoped for and anticipated. It is full of dark, cruel, beautiful, tragic, poetic lyrics, and an amalgamation slow 60’s-like music, with retro hip-hop beats, and a touch of punk rock here and there. It is Lana Del Rey through and through.

Lana Del Rey absolutely KILLED it with her new album, it is everything I hoped for and wanted in her new album. My initial reaction to some of her songs was that it felt like she was singing directly to my soul. The first song I listened to was Brooklyn Baby, and I loved it as soon as I heard the first guitar strums. It's still very classic Lana Del Rey, while being a little different with the guitar.

Kaitlyn- I really love her too! It's kind of funny how she came out of nowhere and just exploded with her popularity xD I guess it had to have been kind of hard to just miss her completely.

Jo- haha, I made you listen to Ride :D That was the day I found out she had a new album on the way and was just very excited about it. Which songs did you listen too?

I don't think I've ever listened to Tori Amos.

She sounds amazing. I know you've pushed some of her songs under my nose before, but this is the first time I've listened to loads in succession. She's good. Her voice reminds me of Tori Amos.

I LOVE Lana Del Rey. If someone hasn't heard of her by now, they must be living under a rock.

Reggae Superstar Bob Marley spent a year in the 1960s working at the Chrysler...

San Francisco Pride: How one city developed such a thriving LGBT communityon 07/15/2013

Is Sodium Lauryl Sulfate in my Shampoo Toxic or Dangerous?on 09/19/2012
Ad 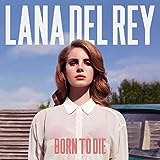 Bob Dylan has inspired countless writers and performers in the world of music and poetry as well as many imitations. He is one of the most influential singer-songwriters ever.
42%  4   4 KathleenDuffy
Music Stars 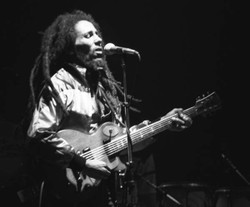 Reggae Superstar Bob Marley spent a year in the 1960s working at the Chrysler factory, Newark, USA. The racism he witnessed helped influence the direction of his music.
Loading ...
Error!