The witch mania that swept 16th & 17th England saw many people hanged. King James Stuart was terrified of witches. His hysteria spread. Lets look at just one region of England.

During the sixteenth and seventeenth century some parts of Lancashire were obsessed with witches and witchcraft. Any misfortune that befell anybody at all was believed to be because of witches' curses.
Sick cattle, sick people, any misfortune was attributed to witches and usually some unpopular, poor or unpleasant person was charged.
I have written to Members of the British Parliament over the years asking for the sentences of these women and men to be overturned but to no avail. Most were women and were poor so governments are uninterested.
The main trials of Lancashire witches were in 1612. King James 1st, James Stuart, son of Mary Queen of Scots, had been king for 9 years. Shakespeare had played on King James fears when he wrote the witches scenes in MacBeth.

These witch trials were generations before the notorious witch trials in Salem, America . Many of the Salem verdicts and executions were overturned within twenty years. The Lancashire witch trial verdicts have never been overturned.

All of the accused lived in the countryside near Pendle Hill In Lancashire, a far flung area of England which was renowned for keeping to Roman Catholicism after Henry 8h had abolished it in England and instated himself as Head of the Church of England.

James 1st, 6th of Scotland, passed several anti-witchcraft laws even when his English advisers suggested to him that it was only common and ignorant people who believed in witchcraft. His fears continued. He also hated Roman Catholics.

Some people who were accused were village healers, herbalists. Some were poor people who claimed to be witches in order to have a hold over people and some power. Some were totally unconnected to either of these groups. They had merely annoyed someone who held a grudge.

Simply having an accusation made against someone was sufficient for them to be arrested and then most sent for trial.

The charges against the people above included witchcraft, murder and child murder. Child murder would include any child who had died of an infant fever, common at the time. Some of the accused were also linked falsely to the failed Gunpowder Plot of Guy Fawkes in 1605.

Many accusations against the above came from just two feuding families. The Whittles and the Southerns. They were all on trial.

The Salmesbury witch trails were at the same time as the Pendle Witch Trials. The accused were charged wtih murder, witchcraft and cannibalism.  The charges were dismissed as even the judges thought the charges were far fetched.

This  is believed to be the traditional dish of the Lancashire witches and eaten at the Malkin feasts although my own feelings are that they would have been too poor to afford this.

It is a layered pie with a shortcrust base infused with thyme .

Put a suet pastry crust on top. Bake on high for 20 minutes or until golden brown.

The Wonderfull Discoverie of Witches in the Covntie of Lancaster

The Wonderfull Discoverie of Witches in the Covntie of Lancaster was an account although not wholly accurate of  what was said of the trails .

I shan't call them "witches" as such. The charges were often false. They were poor and many practising herbal medicine and of no malice.

A combination of anti-Catholic propaganda, King James Stuart's obsessive fear of witches and often sheer malice were responsible for the executions of many people in England. For sheer numbers, the Lancashire Witches are amongst the most well-known.

I will never get their sentences overturned as many Salem accused and executed were; but I shan't stop trying.

The shortcrust pastry here in the UK would be ;
8 ounces of plain flour
3 ounces of shortening/ lard
1 ounce of butter
finely chopped fresh thyme
a small amount of water is added slowly to bind it together .

mix the Dry ingredients together, then slowly add very cold water to draw it together. Chill in the fridge before using the pastry.
This is a very nice pastry for savoury, not sweet, pies.

A suet pastry crust would be put on the top of a one-crust pie, usually meat.
It would be
8 ounces of flour
4 ounces of dried suet
water to bind it together.
Chill in the fridge before using the pastry.

A local library distributed seed packets, of which one is leeks, which I'm planting. So maybe down the road, if I like malkin pies, I may be using my very own home-grown leeks!

But before then, how would I make a "shortcrust base infused with thyme" and a "suet pastry crust on top"?

I just have a strong belief in justice and fairness. I don't think it is ever too late to undo an injustice.

Veronica, Thank you for your concern so many centuries after the tragedy. Are there any descendants in the direct or collateral lines? What would happen with successful overturning of the cruel sentences?

It is a pernicious myth that Henry turned England Protestant, for not only did he execute Protestants as well as Catholics, but there were serious pro-Catholic risings in the country. Henry was a schismatic Catholic. Protestantism got a grip during the reign of Henry's son,Edward the Sixth, who was manipulated by his guardians, the Seymour family, into enacting much stronger Protestant measures. But even then a Catholic tradition remained.

I don't think that the substitution theory is viable,for loss of children at birth was normal then in a time of high childhood mortality. It is noteworthy that her female side was shown in that she allowed certain favoured courtiers to fondle her breasts, but they were allowed to do nothing more,indicating that she was hiding something.

No, they needed a red headed child to substitute for the dead princess and only a male child was available. She wasn't born male as Henry would have been delighted and not had Anne Boleyn executed on false charges.

This needs a Wizzley article I think maybe.

Had she been male she would have had fewer problems, for Henry would have had the son that he wanted and so she would have been declared male. That she was female seems to be accepted, but as you say,she covered her Adam's apple, needed to shave and refused full relationships with males, indicates that sex as a woman was not possible for her . Her being intersex makes full sense. Such conditions do occur, so the question of her being intersex does arise. If a swap had happened,would it not have been easier to swap a female for a female rather than a male for a female? The question of her being intersex is therefore very relevant.

The story of Elizabeth 1st being a male child swapped in infancy for a deceased Princess Elizabeth Tudor has stayed for centuries. There are several reasons why this I likely to be so.
" She " was bald., wore high collars to protect her Adam's apple, shaved everyday , refused to marry man despite it being essential for her to have a child to secure the Tudor succession.

The question of intersex doesn't arise.

Henry the Eighth was a religious failure. Not many in England gave him genuine support, for he made his case by murder, which is always unconvincing, and Catholic sentiments have lingered long in the land, which is why the slowly decaying Church of England ebbs inexorably back to a more Catholic way. England is not truly Protestant country, but debased and betrayed Catholic one.

If you intend to travel to the glorious, beautiful, North of England then you... 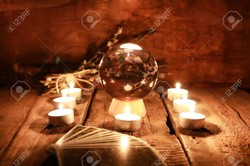 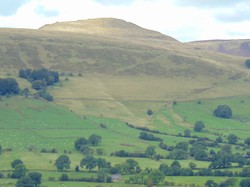 If you intend to travel to the glorious, beautiful, North of England then you may need to know some dialect expressions before you go. You may get confused otherwise.
100%  128   17 Veronica
Regional Foods