Learning math is possible, but there are a few things that you should know before beginning. These are simple, but very important.

Learning math is far from impossible. Once you begin to have success, the rest is easy. And, at the root of the success is simply having a belief that learning math is possible. Of course you must first have a basis for that belief.

The Question “When Will I Use This?”

When will I use this?  This is a legitimate question.  In today’s world we have calculators to do computations.  And calculators do not make careless errors.  So, even teachers can fall into the trap of thinking there is no reason to learn math.

I teach college students, and when the math gets to such things as algebra and trigonometry the question is often asked.  The answer is simple, but getting the students to believe the answer is not so simple.  Math develops a thought skill that permeates most fields of study.

Let us look at an example.  Math develops a logical approach to solving problems.  So, a historian studying a time period for a certain country comes up with an edict issued by a king.  Rote learning would stop with the fact the edict was issued, but at the higher level required of historian there must be an understanding.  Examining a chain of events, and what that king expected to achieve are a greater focus than the document itself.  This level of understanding requires logic.  This same skill can be developed in solving an algebra problem, but the connection is not apparent on the surface.  So, that math course can be useful years later by an historian.

A calculator cannot develop a thought process.  But, I have had a student tell me that she always was told to “pull out the calculator” when it was time for math throughout elementary and secondary school.  The attitude of her past teachers is unsettling, and a disservice to the students.

Knowing there is a use, even a less than obvious use, makes the desire to know math greater.

Finding Confidence and Help with Math

For a more complete presentation of many aspects of succeeding in math a book is a good place to look.  Below is the one I have written.

Do Not Use Methods That work in Other Subjects

Lower grades are often a time for rote learning.  Unfortunately, as students get into higher grades the transition to understanding is no longer demanded by some, and I emphasize some, teachers.  Math always demands understanding.  Memorizing is inadequate.  Using a technique that does not work is counter to acquiring a belief that success is possible.  Accepting the fact that learning math is different, and not trying to learn by methods that work in other subjects, is important.  Learning math is possible, but it is different.

Many people, and unfortunately some teachers, have had negative experiences with math.  They probably used the wrong study techniques, or succumbed to the false belief that math is unimportant.  Tune those people out.

How Can I Learn Math?

Math requires thinking logically.  Understand that if two things are equal, whatever you do to one must be done to the other to keep the equality.  Learn what you can do, a few easily mastered facts.  Then apply a thought process that goes, if I am here and want to get there what do I do?  It may be several steps, but they are often all easy to grasp.

Practice is good.  It allows you to gain that insight.  But, never practice unless you can check the answer.  Reinforcing an erroneous technique can actually do harm.  Practice a problem type until you are ready to move on.

Fortunately, there are books written of gaining success in learning math.

Problems will blend together if you try memorizing, but the basic understanding of the steps used is universal.

Many Books Are Available

Some Are Good, Some Are Not

I have assigned reading one of the topic of overcoming math anxiety when I was assigned a developmental math class.  In order to facilitate this I had the college's library order several books on the subject.  Quite a few of those books were valuable, but some took the approach that the author also had a problem with math, and only offered a justification, inly in the author;s mind, for having a difficulty in math.  A good book must identify the problems, and offer a way to work around them.

Some people can learn from a traditional approach, but some may need a different approach.  Young children might need visualization.  Seeing images might be the right approach for them.  still others Might need to handle something.  Math manipulatives can be invaluable.  Te main idea is to instill confidence early, and success is the best way to do so.  so, provide young children with the approach that works for them.

Learning math is possible, but do not become calculator dependent.  Remember that there is a reason for learning math no matter what your field, it is the thought skill that is important more than ever seeing a certain type of problem in the future.  Do not allow others to poison your mind.  A positive attitude is important.  And accept that math is different, and requires a different learning process than most other subjects.

Once success is achieved, the positive attitude will take you to higher levels.

The introduction image is because it is my book.  Actually, in this case I authored the book shown.

when someone tells me they are good with numbers, so they want to go into math, my advice is go into something that uses math. Higher math is about proving the theorems. The geometry is a good indicator if one will become a mathematician. It is different.

When I was in high school, I loved algebra, but couldn't get the hang of geometry. That was the only class I ever received a C in. I received A's and B's for all my other classes.

One math professor at a school I previously taught for would respond to questions on whether he gave partial credit with "If you were about to be operated on, would you be fine with a doctor who never got anything entirely right, but graduated by partial credit?"

blackspanielgallery, Thank you for the backstories, practicalities and products. The copy machine acted up the other day and gave out no change to one patron or the combined change of the unrecompensed patron with the next copy user's change. A millennial checked what his change would be from a patron whose change included his and that of the two previous copy machine users. It involved less than a dollar! I knew what the amounts were but didn't say anything because the calculator got it right and it only would make the three young'uns feel "less than" and it wasn't a classroom.

Dustytoes, you are right about the new approach. I have seen some, albeit just a little, of Common Core math. Students now guess at answers and get a feel for things. It seems finding exact solutions is becoming less important.
I find guessing, unless you are like Star Trek's Mr. Spock, very scary.

Frank, a helpful technique is always good, but pushing but pushing buttons does not engage cognitive skills, and that is what is currently going on in some schools. I see the products of those schools.
When I was in early grades we were not allowed to use our fingers.

I have always enjoyed math, but had some trouble with equations at first. I never progressed past advanced algebra but took some in college - and NEVER used a calculator except for square roots and big numbers to save time when figuring a problem. I always wrote the problem out - we had to. Every child should learn to do math without a calculator. It should be used sparingly once they understand math. However, I believe kids are now taught some "new math" and I can only wonder how screwy that must be!
My daughter used to cry in school whenever it was time for math, she hated it so much!

I used the following technique to show how tables could be used to aid multiplication and division.

For example, take 5x2=10. Draw a triangle and write 10 in the top, with 5 and 2 in the bottom corners. On the inside place a X between 5 and 2 and then place = signs in the other sides, still inside the triangle. Moving round the table you get 5x2 =10 or 2x5 =10. On the outside place division signs and put an =sign between 2 and 5. The child can easily learn to multiply and divide using the time tables. I used this technique successfully when tutoring younger children.

I once tutored a girl in the tenth grade who could not divide by 10, nor by 2. Her physics grades were low, so she contacted a tutoring service. I watched her do 90/(2X5) and she did it 90/2/5, which was wrong. I showed her how to use parentheses, and her grades went up about 40 points on the next test and passed the course. She told me there were eleven other girls from her elementary school who also were struggling in math in an expensive Catholic high school. Obviously her elementary teachers not only overused the calculator, but used it improperly. In the United States our educational programs are lagging behind, partially because of such things.

Calculator dependence! Once I was told to cover a maths class for an absent teacher.All the cupboards were locked, so no calculators were available. An eleven year old girl told me that she could not solve a problem without a calculator. The problem: 48 divided by 4. I told her to solve it, but she said that she was unable. I had to talk her through the problem.But I concluded by saying that she had to learn to be independent of the calculator.

Helping with math is something often needed, whether it is helping with homew... 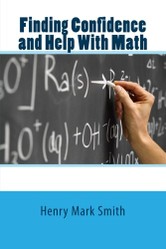 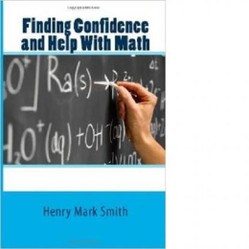 Online classes were not good for education, especially arithmetic classes. Now it is time to help students get caught up.
36%  5   3 blackspanielgallery
Help with Math 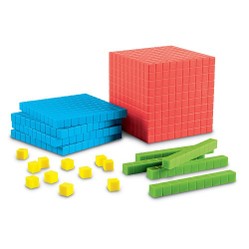 Helping with math is something often needed, whether it is helping with homework, helping with tutoring, or helping teach a homeschool student. There are ways to do this well.
Loading ...
Error!