Liseberg Theme Park: The Fun Side of Sweden

Pepper your trip to Sweden with a trip to one of the world’s top ten theme parks, as voted by Forbes Magazine.

If you’re planning a holiday in Sweden this year, you’re probably looking forward to discovering beautiful architecture and stunning scenery as well as enjoying the famous café culture which its cities are known for. Absorbing so much culture can be tiring work, so why not take a little time to chill out and enjoy the fun side of Sweden at Liseberg Theme Park? 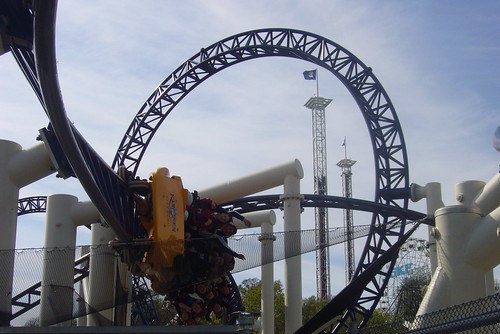 Liseberg is one of Scandinavia’s most popular amusement parks, and was voted as one of the top ten amusement parks in the world by Forbes Magazine in 2005. Each year over three million visitors cross the entrance gates, to enjoy a thrill seeking day on rollercoasters and water rides during the summer and mulled wine and markets during the winter.

The most famous ride in Liseberg is Balder, a wooden coaster which reaches speeds of up to 90 kph. Balder holds the honour of being nominated as the Best Wooden Tracked Rollercoaster twice since its opening and, despite only been built only ten years ago, the awards are sure to keep pouring in.

Excitement over the new ride, Projekt Helix, is almost palpable in the park. If you’re visiting Liseberg this year you’ll be a little too early, as the six looped coaster isn’t set to open until 2014. By then you’ll probably be looking for an excuse to return to however, so it’s not all bad news!

Aside from rollercoasters, there are plenty of attractions to keep fun-loving holidaymakers occupied. For a real ghoulish giggle, visit the Gasten Ghost Hotel. This excellent spin on the haunted house idea features real actors in a maze which is sure to have you jumping out of your skin. Or if you’d rather keep horror to a minimum, the house of mirrors, which was opened back in the 1960s, is an ideal alternative.

If you don't want to stay at the theme park itself, there are several options within easy reach, from the upmarket Radisson Blu Gothenburg hotel to the Le Mat B&B. Just a short stroll from all the action, you’ll be able to enjoy the famous rollercoasters from opening time until the park closes: as well as the sights and sounds of Gothenburg itself.

Although it’s a theme park, Liseberg has plenty to offer the whole family. If you’re not interested in rollercoasters and adrenaline fuelled attractions, you might enjoy a day wandering through the Lisebergs Lustgarten: a gorgeous botanical garden landscaped with waterfalls, artwork, and rare plants.

Fans of music history will enjoy posing in front of the Liseberg Main Stage, where acts as diverse as Led Zeppelin, The Rolling Stones, Bob Marley and Abba have performed. Or you can get a great view of the park from the top of the 60m Ferris wheel, which was opened last year.

Under Construction: Coming Soon in a Theme Park Close to You

A number of new attractions have been scheduled for construction at some of t...

"The Enchanted Forest" Of Oregon

Nestled in a thick forest in a small community south of Salem, Oregon lies a ... 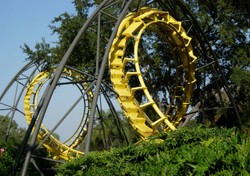 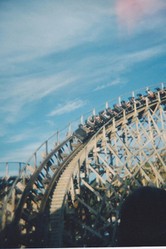 Under Construction: Coming Soon in a Theme Park Close to You

A number of new attractions have been scheduled for construction at some of the world’s top theme parks. Let’s check on four of the most anticipated ones.
72%  8   7 AnomalousArtist
Theme Parks 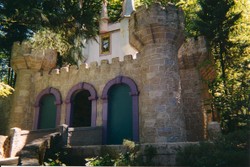 "The Enchanted Forest" Of Oregon

Nestled in a thick forest in a small community south of Salem, Oregon lies a small, quiet and infamous land of magic and mystery: The Enchanted Forest!
Loading ...
Error!