The LEGO Lord of the Rings Uruk-Hai Army set was released in 2012 as one of the first seven in the new, and much anticipated, Lord of the Rings theme. This set comes with four really cool Uruk-Hai mini figures and two fighters from Rohan including the character Eomer.

On this page I will feature the six LEGO mini figures that come with this set and also talk about the good and bad points of the defender's wall and the Uruk-Hai siege weapon that are also included.

I hope that you quickly become fans of Lord of the Rings LEGO after reading this page.

Fans of the Battle of Helm's deep scene in the movie "The Two Towers" are going to love this Uruk-Hai army set which comes with four superb Uruk-Hai mini figures. With two Rohan soldiers and a cool horse with movable back legs to complete the mini figures and some nice battle components - ballista and defensive wall - this is essentially a large battle pack for those creating a LEGO Battle of Helm's Deep.

Buy LEGO The Lord of the Rings Hobbit Uruk-Hai Army 9471 on Amazon.com

This is an excellent little set in the Lord of the Rings theme and anyone who wants to create an Uruk-Hai army should get at least one of these. In fact this set is designed so that the wall fits into the Battle of Helm's Deep LEGO set or can attach to another identical piece, meaning that long defensive walls and large Uruk-Hai armies can be constructed with a few of these sets together. 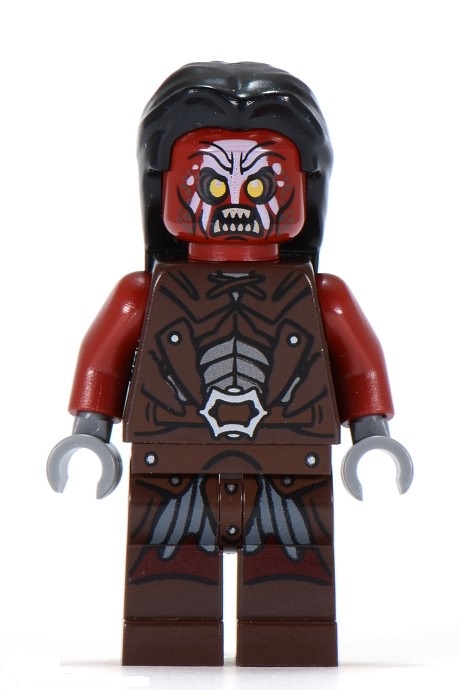 • Grotesque Uruk-Hai face marked with the white hand of Saruman.

• I cannot think of anything. 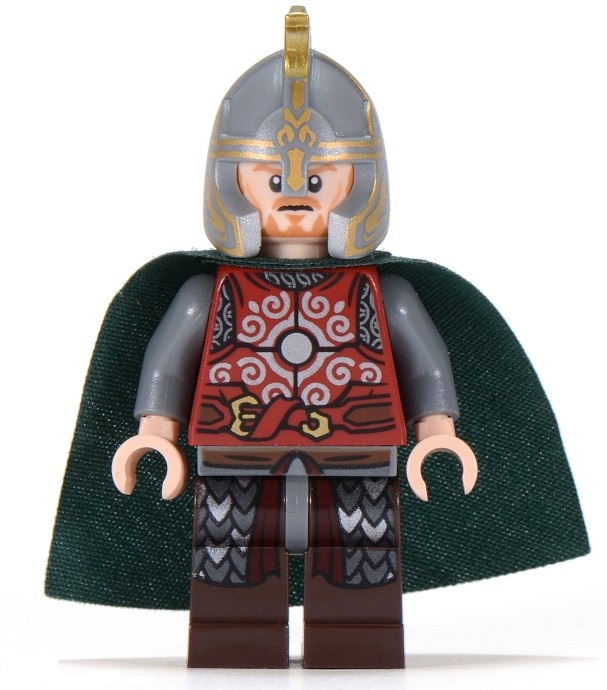 • Cool head with printing on both sides for different expressions.

• Front and back body printing to make Eomer unique.

• Armed with Rohan sword and shield.

• Has green cape for added effect.

• Nothing. The Eomer mini figure is extremely well designed. 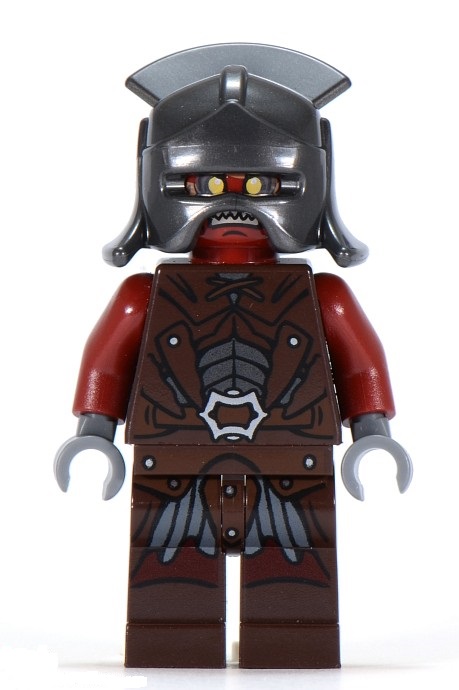 • Armed with Uruk-Hai sword and shield. 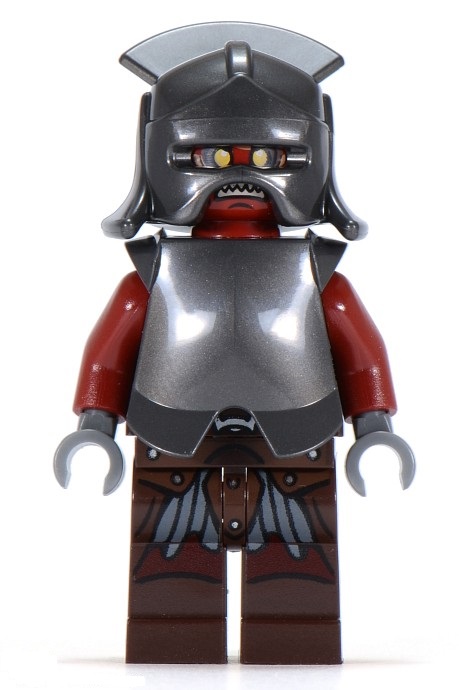 • You get two of these really fierce and well-armored Uruk-Hai mini figures.

• Detailed body and leg printing as well as grotesque face, the same as the other Uruk-Hai mini figures. 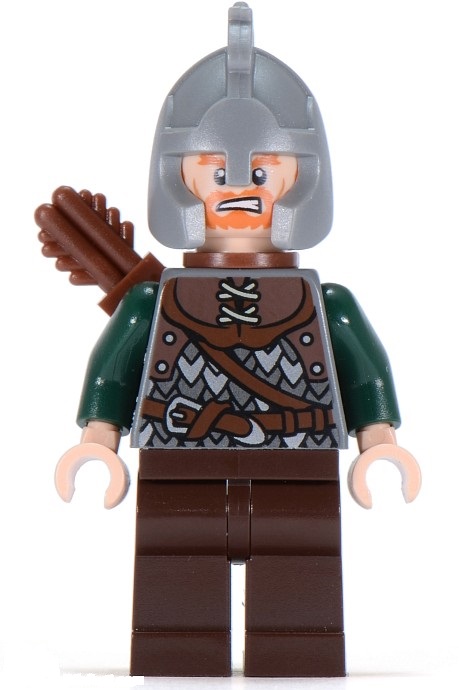 • Comes equipped with bow and quiver full of arrows.

• You only get 1 Rohan soldier. I think more than 1 is required to defend this piece of wall.

Do You Need More Uruk-Hai?

In this video clip included below you can see the Uruk-Hai army set constructed and close up views of all the mini figures and parts of this Lord of the Rings LEGO set.

The hideous Uruk-Hai army closes in on Rohan armed to the teeth with swords and halberds as well as a ballista and baying for blood. The soldiers of Rohan, including Eomer, must fight these minions of Saruman on horse and from the defensive wall in protection of their land, their people and their lives. 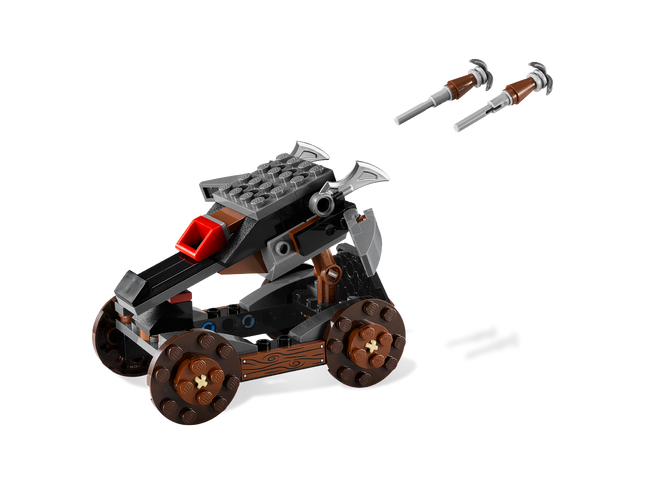 The siege ballista that the Uruk-Hai mini figures are armed with is a really cool piece of apparatus designed for storming a castle.

The design of the ballista looks great with its brown, black and grey color scheme and the blades at the front make it look really mean.

The best feature of this ballista is that it fires two hook missiles using a flick-firing mechanism to help storm the castle. However, customers will have to provide their own thread to attach to the hooks so that once fixed to the wall the Uruk-Hai can either climb up the thread or try and pull pieces of the wall down.

The only thing that would have been a nice addition is a ladder for the Uruk-Hai to have a second way of gaining access to the top of the wall. 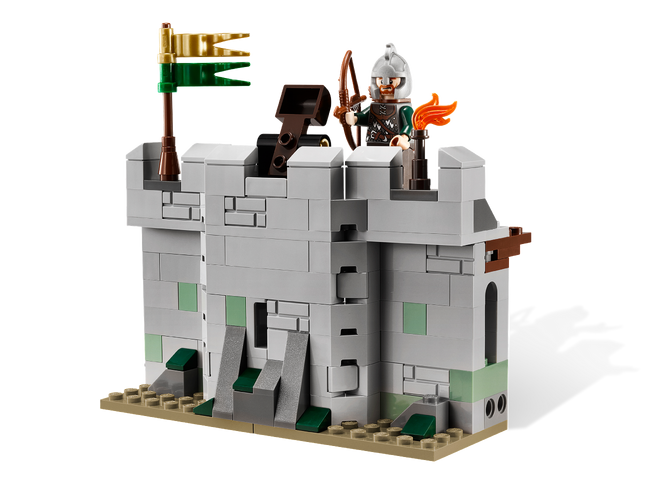 This is a small section of the Deeping Wall of Helm's Deep. On its own it can form a small outpost and is an attractive design with a variety of brick types in the wall, making it look weathered.

Some nice features of this piece of wall are the staircase at the back, the banners, the fire torch and the small catapult which fires small bricks at the Uruk-Hai.

The great thing about this section of wall is that it is designed to fit together with the wall in the Battle of Helm's Deep LEGO set or with other examples of the same piece to make this a really nice set to buy multiples of.

Do you think the Uruk-Hai army Lord of the Rings LEGO set looks cool?

Please Leave A Comment On The LEGO Uruk-Hai Army

Lord of the Rings LEGO - Battle of Helm's Deep

This Attack on Weathertop Lord of the Rings LEGO set features a Weathertop st... 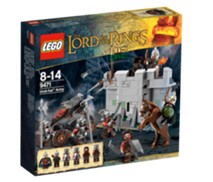 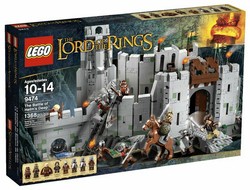 Lord of the Rings LEGO - Battle of Helm's Deep 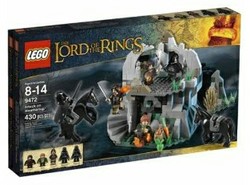