A chance one-day tour got me invited to meet a Maasai family and see their homestead. This included a few lessons in Maasai culture and a chance to watch a dance rehearsal.

The Maasai are a unique tribe, making efforts to retain their traditions and aspects of their culture while taking advantage of educational opportunities of modern society. They are also working together with the Kenya national parks commission to find a balance between the Maasai need for pasture lands and the needs to preserve the ecology and wildlife.

Chance Encounter with a Maasai Family

Hearing the word, 'impossible', only makes me more determined.

After working for two weeks in northern Kenya and two days in Nairobi, I had a few days left before my flight during which I could be a tourist.  Having begun to learn about the Turkana tribe in the north aroused my curiousity for learning about other African tribes. I hired a driver recommended by a friend who had spent time living and working in Kenya.

Paul asked me what I wanted to see that day. "I want to visit a tribal village", I replied. "Ah, you want to see 'manyatas' (traditional huts)", he asked, "I don't think that is possible".  Since the word 'impossible' has meaning for me only if someone asks me to jump 10 meters into the air, I ignored his response and we set out in the direction of the Rift Valley.

Stopping where the view is magnificent, Paul asked the merchant who tried to sell me wood carvings where we would be able to see manyatas.  The merchant pointed down toward the rift valley.  Getting back into the car, Paul said he knew where we had to turn, but the manyatas are far from the road and we will probably not see any along the way. They are Maasai manyatas, he informed me.

Paul did not yet know that I did not intend merely to see the manyatas from the road - I wanted to talk to people and learn something about their traditional way of life and culture.

Not long after we had turned left as the merchant had suggested, Paul saw two men standing at the side of the road. He pulled up to them and asked them in Swahili where we would be able to see manyatas. One of the men got into the back of the car and we set off down the road.

I asked the young man if he spoke English and he replied in perfect English that he does as he is a high school graduate and about to enter university in Nairobi to study business administration. James said he would take us to see his neighbour's homestead. His father's home is too far away and impossible to reach by car.

When we turned off the main road and drove into a field, it seemed as if it would be impossible to reach his friends as well. The path through the low buses was pitted deeply and narrow, not much room for maneuvering the car. Paul was enjoying the challenge thoroughly.

Read about a Maasai Warrior Educated in the USA and Europe

We first came across a small homestead. There was an enclosure for goats. It was empty because they were out in pasture for the day. Those that were too young to spend the day in pasture were enclosed in a small pen. Apparently there is no danger of them being stolen as it is the mature livestock that bandits prefer.

Next to the enclosure are three small tent-like structures, two of which are shown here. One is for the guards to take turns sleeping in. A guard must be awake throughout the night to protect the animals from theft. Another tent protects the kitchen from the sun and the third functions as a storage space for kitchen utensils and supplies.

James told us that women are not allowed to see the animals. If a woman sees a goat before it is killed, no man can eat it. The men do the slaughtering and meat preparation. Enough meat is then given to the women who prepare meals for themselves and the children. All men (including boys who have been initiated) prepare their own meals and eat separately from the women. In other words, whole families do not eat together, according to our young Maasai friend.

Maasai men also have to eat food prepared only by other Maasai men. We asked James how he will study in Nairobi, given that he will have to live there. He explained how he had to give his father one of his cows and then his father gave him permission to eat meat prepared by others outside the tribe.

Friendly People Who Happily Showed Us How They Live

Children greet their elders by lowering their heads as they approach. The older person puts his or her hand on their head as a sign of acceptance of the greeting. When this child first approached me in this manner,  of course I did not understand why he bowed his head and I offered a handshake as I have seen African children happily do in other places. After having been taught the Maasai greeting of respect, I was happy to practice.

This form of greeting is also used when people of lower status approach those of higher status.

Each Maasai man can marry up to four women. The elder brother in the family we visited has three wives and 15 children. To Paul's question regarding how one man managed three wives, we were told that each wife gets a portion of each night.

Each wife has her own house. The husband has his own bedroom in each house separate from his wife's room.

Entrance to the Maasai Manyata

Where Meals are Cooked and Eaten by Women and Children

When you first enter the doorway of the manyata you see a storage room for coal. You pass through a small opening and reach the main part of the manyata. In front of you is the kitchen and dining room space (about 2 square meters), off to the left is the wife's bedroom and to the left is a bed for the children. To the right of that is a separate and larger space for the husband.

The inside of the manyata looks a lot bigger than it does from the outside.

It is dark inside. You can see a candle in the kitchen space and there are a few small holes to let in light, but without the flash you cannot really see anything. When I came out and showed the women the photos I had taken, they seemed delighted.

Where the Wife Sleeps

It turned out that James has won several prizes for traditional dancing at annual dance festivals. He is teaching school children in his village and preparing them for the next dance festival. We had the unique privilege of watching a rehearsal. Here is the video that I took.

They will participate in an African traditional dance festival.

Have you had similar travelling adventures? Want to come along next time I go to Africa?

Thank-you so much, Elias. Yeh, that's me - curious and eager to learn. Help when I can. Nice to meet you here. Hey - just realized - you're Greek! That makes us neighbours.

Excellent post with wonderful photos. I'm very happy reading stuff like this; it proves to me that there are people out there that are curious and eager to learn (and help)! Congratulations

@katiem2 and @sheilamarie - it is one of the things I best enjoy - meeting people from other cultures and sharing an adventure or two with them. And then next best thing I enjoy is sharing those adventures here.

How fortunate you are to have shared these people's lives! We enrich each other so much when we share our cultures.

How cool, so glad you made it known you fully intended to emerge yourself in their culture otherwise you would never have met Paul, James and enjoyed the amazing dance Jack was so talented at. What interesting pictures to go with the retelling of your adventures into the Maasai culture. Very nice thanks for sharing.

Come see how beads are made by hand from purification of the clay to stringin... 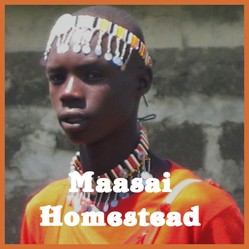 Juba is definitely off the beaten path. Be among the very first tourists in this newest nation and meet the fascinating South Sudanese in a most unique tourist experience.
93%  10   9 Sheri_Oz
Beading 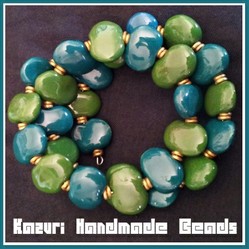 Come see how beads are made by hand from purification of the clay to stringing the beads into beautiful pieces of jewelry.
Loading ...
Error!