The high finance film Margin Call with Simon Baker is first, in 2011, before All Is Lost and A Most Violent Year, in JC Chandor's triple drama movie crown.

Before All Is Lost with Robert Redford and A Most Violent Year with Jessica Chastain, the high finance film Margin Call with Simon Baker acquaints audiences of 2011 onward with the first in director/producer/writer JC Chandor’s triple drama movie crown. It begins with human resources staffers Heather Burke (Ashley Williams) and Lauren Bratberg (Susan Blackwell) carrying out in one building what their firm is having done on all their business premises worldwide:
• firing 80% of employees per floor; and
• retaining 4 of every 7 workers per floor.

Most of "Margin Call" was filmed on the 42nd floor of One Penn Plaza in space vacated by a trading firm.

57-floor skyscraper at 250 West 34th Street in Manhattan was designed by skyscraper architectural firm Kahn & Jacobs; completed in 1972, One Penn Plaza soars to a height of 751 feet (229 meters), including roof.

Despite opposing the firm’s disdain for counterparty and trader integrity and in the midst of spending $1,000 daily to keep his liver cancer-stricken dog alive, 34-year tenured floor head Sam Rogers (Kevin Spacey) forces himself to problem-solve. He gets the impending socio-economic catastrophe to the senior executive attentions of:

Forty-three-year-old division head Jared Cohen (Simon Baker) has chief executive officer John Tuld (Jeremy Irons) -- annually salaried at $86,000,000 -- helicopter in to discuss action options. He accurately is described as looking like a fifteen-year-old and tenuring as the firm’s golden wonder boy of astute decisiveness. He judges as toxic to operational sustainability holding onto fixed-income, mortgage-backed securities whose worthlessness must pass -- through the company’s informed, remaining traders -- to traditional but unsuspecting counterparties.

Jared and John know that dumping will succeed if:

So Margin Call leads audiences through 109 culturally enriching, educationally entertaining, geo-historically enthralling minutes regarding the global financial crisis for banking, employment, housing, and stocks of 2007 – 2008, thanks to:

Most of "Margin Call" was filmed on the 42nd floor of One Penn Plaza in space vacated by a trading firm.
57-floor skyscraper at 250 West 34th Street in Manhattan was designed by skyscraper architectural firm Kahn & Jacobs; completed in 1972, One Penn Plaza soars to a height of 751 feet (229 meters), including roof.
looking south at One Penn Plaza in the afternoon: David Shankbone, CC BY SA 3.0, via Wikimedia Commons @ https://commons.wikimedia.org/wiki/File:One_Penn_Plaza_by_David_Shankbone.jpg

When an entry-level analyst unlocks information that could prove his firm's downfall, his co-workers are forced to choose between money and morality in this high-stakes thriller.

Set in the high-stakes world of Wall Street, Margin Call is an entangling thriller involving key players at an investment firm during the earliest hours of the 2008 financial crisis.

candy47, Everyone involved with the production does such energizingly convincing, excellent jobs. It's one of the three drama movies by J.C. Chandor that I regularly pull back off the shelf and pop into the DVD player.

sandyspider, Yes, Margin Call is a must-see film that I'm so glad to have since there's a lot of realistic acting and real-world situations to watch and re-watch. Mira mentions Jeremy Irons as possibly being the best of an all-around excellent cast, and I tend to agree with her.

Margin Call is something we all need to see.I have not yet and after reading this review it is a must on my list.

Mira, It's a film that I pull off the shelf and watch a couple of times each year. It has such insights into business personalities and economic trends.
Me too, I agree that the mood, the pace, the performances -- especially Jeremy Irons -- and the psychologies -- particularly the mature reactions of Demi Moore's character as opposed to the freaking-out of the young bar-hopper -- are all top-notch. In terms of the business, I wonder if part of the vagueness stems from the fact that JC Chandor and his family have financial careers in their backgrounds and so he needed not to get too specific since exactness could identify a contact with whom the family socialize or a source for the film's information.
Did you hear the grave-digging sounds persisting after the film ends? It seems fitting since Kevin Spacey's character just wants to retire at this point and mourn his dog and since the business got away -- this time -- with breaking into the danger zone outside the safety net where books get balanced, losses get covered, and profits get made.
Please let me know what you think of the other two films.

I watched this movie last night. Thank you for the review. Without your comments I wouldn't have noticed it in the TV program. I look forward to seeing the other two films.

I liked it. I didn't like the fact that they were so vague about their business, but they had the mood right (I think). Also the pace. And of course I liked the acting. I kept thinking how these actors played those people in a way that made you believe they were high-paid businessmen in a situation of crisis. I appreciated the fact that only the younger cadets freaked out, while someone like the character of Demi Moore, who showed much concern about her position, was in the end simply waiting for her severance package. Of all of them, I think I liked Jeremy Irons's acting the best.

Mira, Please let me know what you think of Margin Call. All Is Lost, Margin Call, and now A Most Violent Year are all films that I have for multiple, repeat viewing enjoyment.
Triple Frontier should be quite a film, just based on the plot's setting in an area as troubled as that between Bolivia and Brazil. Another film to look for this year or next is The Lost City of Z -- produced by Brad Pitt -- about the Bolivian and Brazilian investigations conducted by Percy Fawcett before disappearing in the Amazon.

Will look out for it, and am also planning on ordering The Margin Call.

Mira, There's talk that JC Chandor -- whose family background is investment banking and whose professional career was oriented toward commercials before the switch to feature films -- will direct Triple Frontier, about intrigue and mystery at the chaotic border meetings of Argentina, Brazil, and Paraguay. If that's so, then -- based upon his previous record of 3 straight winners out of 3 -- this may give him a fourth win in terms of acclaim, impact, and revenue.

I caught some talk last night on CNN about margin financing in China. I should really watch this movie :) By the way, I watched the original The Day the Earth Stood Still, at your recommendation, and really enjoyed it.

A Most Violent Year: Review of the Third Film in JC Chandor's ...

A Most Violent Year follows a couple through the best and worst, most dangero...

The 100th episode of the police procedural TV series The Mentalist is a prequ... 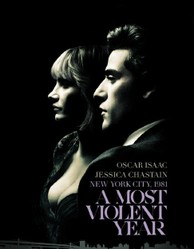 A Most Violent Year: Review of the Third Film in JC Chandor's Triple Drama Movie Crown

A Most Violent Year follows a couple through the best and worst, most dangerous and exciting moments of their city’s and company’s super-troubled times.
42%  0   6 DerdriuMarriner
Cable TV 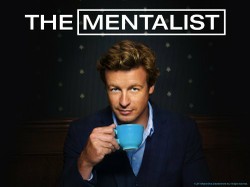 The 100th episode of the police procedural TV series The Mentalist is a prequel that shares Patrick Jane's first post-Red John contacts with the California Bureau of Investigation.
Loading ...
Error!