This page was written to illustrate that what the mind can conceive the body can achieve. It is only by enlisting the support of the subconscious that we achieve our goals.

A great start in life.

My son Jake came into the kitchen after going for a run yesterday and told me he found it very tough. I would normally join him but I was feeling ill and was not up to it that day.

We live in the Isle of Man and as soon as the weather starts getting better we come out of hibernation and like clockwork every spring we have always trained together as a family. Each of my four children started running at a very early age so by the age of 12 each had no problems going out with me on a 3 or 4 mile run.

They do still run but just for enjoyment and only now compete when asked to by the school. Running has given them a great start in life and they have each experienced the feeling of fitness that running gave them. Running has taught them a lot more than just physical fitness and I believe it has trained them to be mentally resilient and single mindedly dedicated to whatever they set their minds to doing.

Before the track season started I would bring them all out to the sports field behind the local Queen Elizabeth II High School and we would practice there regularly. We would alternate sessions one day endurance and another day speed. My wife is not a runner so she would hold the stop watch, take the times and shout words of encouragement. We would train about three days a week and every Thursday the local sports club, Western Athletic, would host races.

Whole families would come out every Thursday evening from Peel and the surrounding area from 6 to 8pm to support their children and the rivalry was fierce but always friendly. It was funny to see parents completely losing the plot screaming their children on but I think the loudest may have been my wife who started to become such an embarrassment the children asked her finally to tone it down. She did try and eventually they just didn't mind.

I felt so proud to see my children go out there every Thursday when so many children just weren't bothered and had opted for the sport of Computer Games and Couch Lounging in front of TV. As they got older fewer and fewer of their friends participated until eventually they too stopped competing. They got involved in the local drama group, The Inspiration Theatre Company, Isle of Man, and now go to rehearsals instead, every Thursday.

When Jake came into the kitchen yesterday to tell me how hard he had found the run images of him flashed through my mind of my amazing warrior king who was once the champion of the island. When we went for walks with the dogs along the headlands my children loved to hear me recount the details of races they had run and I gave them names like “The Battle for Glenlough”. I would say things like, yes, that lad did beat you Jake but you made him bleed to do it. My youngest daughter Ruth who loved the movie about Steve Prefontaine used to always quote Pre by saying “ I don't want to win unless I know I've done my best, and the only way I know how to do that is to run out front, flat out until I have nothing left. Winning any other way is chicken-shit.”

Our thoughts Affect how we feel

Jake had not trained in at least 9 months and he is a very big man now, over 6ft tall towering over me and weighing in at 180Lbs . He had gotten into bad eating habits and staying awake late playing on his X-Box and watching movies so he was bound to find his first few sessions painful.

I have always taught my children that all training first starts in the mind. Some people put the horse before the cart and imagine it is the body that must be concentrated on first. This is where they go wrong! The mind commands and the body obeys.

I was concerned by the way he described his run and so I asked him to elaborate. He told me his legs felt heavy and that made him feel big and heavy and it was getting him down. I asked him how heavy did he think his legs would weigh if he put them on a scales compared to any other part of his body. I asked him about how heavy other parts of his body felt as he ran and got him thinking about what his mind was creating. I eventually got him to realise that his mind had created imaginary weights that were as real as any weights and they were now stuck to his legs.

Enlisting the support of the Subconscious

I told him to go to his room and practice the Self- Hypnosis I had taught them all. I told him to get himself into that relaxed state and and ask God to direct him on how to remove these weights his subconscious mind had attached to his legs.

Jake went for another run this morning and when he returned he looked happy. I asked him how he had got on with his run and he said fine. I then asked if he felt any heaviness in the legs and he said no. During his self hypnosis he had asked God to show him how to remove these imaginary weights that his subconscious mind had attached to his legs. He told me that when he had asked he pictured being shown a scissors which he then used to snip those weights off which were tied around his legs. After doing that he felt a weight off his legs and off his mind.

All Life's Battles Are Won Or Lost In The Mind

The Mind Commands and the Body Obeys

Every race is won or lost in the mind. If you learn how to use your mind then you become master in your own house of mind. If you don't then it is the dog that ends up taking the master for the walk!

Introduction To Self Hypnosis

Simply playing the audio every day for a week is normally sufficient for the client to become proficient in achieving the levels of relaxation necessary to start therapy.

If you wish to learn how to achieve the state of hypnosis by yourself then this audio would suit you.
If you do use the audio please make sure to leave a comment to say how effective it was for you.
Thank you.

6 Minutes Compilation of Some of the Greatest Races Ever

Champions of the Human Mind

Links to Related Articles by MindMatters

How to Hypnotize Yourself with Your Eyes Open

How true! You have reminded us of some very useful strategies to meet life's challenges.

The title to one of your segments, "All Life's Battles Are Won Or Lost In The Mind", says it all. I whole-heartedly agree with that!

An Eye for Colour

An eye for colour is the secret weapon of artists, painters, graphic designer...

The Mechanics of Thinking: "How to think, by asking Why."

Introspective vs. Extrospective thinking is essential to move beyond problem ... 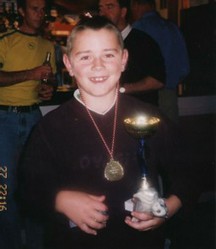 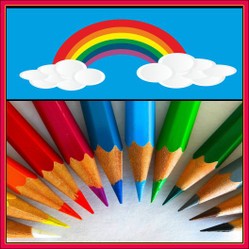 An Eye for Colour

An eye for colour is the secret weapon of artists, painters, graphic designers, interior decorators, fashionistas and all craftsman engaged in art.
24%  1   3 eumatthe
Visualize 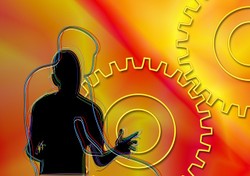 The Mechanics of Thinking: "How to think, by asking Why."

Introspective vs. Extrospective thinking is essential to move beyond problem solving, and align ones thoughts and actions.
Loading ...
Error!