Monte Cassino: the battle at a monastery

This week marks the 75th anniversary of a bloody, but oft-forgotten battle in World War Two.

I once passed Monte Cassino, the monastery on top of a mountain, on my way to visit Rome. I was aware that it was the scene of a bloody siege at which many men were killed or injured. The victory was important in breaking the German defences against the Allied advance. But a battlefield is a grim and unhappy place. This article is dedicated to the memory of the participants on both sides, ordinary people caught up in a horrible situation not of their making.I write with the words "never again" ringing in my mind.

It is one day in a siege that lasted 123 days, and the young British trooper was heavily fatigued. He had been seven days snatching what little sleep he could, fitful dozes to the accompaniment of the whines and detonations of shells; and now he was on sentry duty in a deserted room in Monte Cassino railway station trying to spot enemy movements. He had fought his way up through Sicily and southern Italy, seeing death and leaving friends and comrades under Italian soil, and now the advance was stalled as the Allies came up against the massed defences of the Gustav line, intended to stall the Allied advance.

A devout Catholic he looked sadly at the historic monastery on the hill above him, and lamented that a place of prayer could be so badly used. He also was saddened by the way in which the Italian spring was being sullied when it should be time for human enjoyment.His sentry duty finished, he handed over to the next sentry, one of his comrades, and went for a rest. He was lucky, for ten minutes later a shell landed in the room,killing the man. The young trooper often wondered why he had been spared while other men died.

But one incident had a lasting effect. Early in the siege the Allies became convinced that the Germans were sheltering in the monastery rather than just camped and dug in around the wall, so General Alexander took  the hardest decision of his life:to call in the bombers, so in the early light of a February morning in 1944 the United States Air Force launched its awesome power. Hundreds of tons of high explosive hit the  monastery, which fortunately had been emptied of monks, but sadly not of refugees, pounding it to rubble and killing two hundred innocents. The bombing made the situation worse, as the surviving Germans were able to fortify the rubble and did so with Germanic efficiency.

Twenty five years ago I sat with the now no longer young ex-trooper and watched the news bulletin reporting on the fiftieth anniversary of the battle. By then in his early seventies he said but little.Then as the bombing was shown he got up from his seat and left the room, unable to cope with the memories. He later told me, "I was half a mile from that and you could feel the ground shaking under the explosions."

Readers may wonder how I know the trooper. His name was Cyril Beswick, and he was my father.

The History of the Monastery

In 529 AD St Benedict of Nursia came to  settle on the site, founded a monastery and there wrote the rule of St Benedict, which became the basis of Western monasticism. There the Benedictine monks established what may have been Europe's first hospital. But the monastery did not last long after Benedict's death,for it was sacked by invading Lombards, a German tribe, and abandoned for a century. .

The new abbey on the site lasted until the ninth century when it was burned down by invading Saracens, members of an expansionist Muslim tribe who managed to hold Sicily and parts of southern  Italy.The abbey was then rebuilt under Abbot Desiderius, and despite damage in an earthquake in 1349 managed to survive until the twentieth century. During this time it was pillaged by Napoleon's troops,but the structure of the building was left intact. In the time of Italian unification  when the monasteries  were suppressed it became the property of the Italian state, was classed as a national monument but the monks left in charge. [Source, Catholic Herald, Allan Mallinson, May 17th 2019.]

The German occupation was extremely disciplined and civilised. Field Martial Kesselring had left Monte Cassino out of the Gustav line fortifications as it was a cultural  treasure,  and through the Red Cross informed the allies of his decision,  but there were German positions on the hill around the monastery. In November 1943 Lieutenant-Colonel von Schlegel, a Catholic, and medical officer Maximilian Becker, a Protestant,  foresaw danger and with the consent of General Von Senger made arrangements to move cultural artefacts, many of which belonged to the monastery and others to a museum. These  cultural items were stored at the Vatican. Von Senger personally provided a German army staff car to take away the abbot, who had remained to supervise the removal, and took him to his chosen place of safety, another monastery in a safer area.

The Germans eventually,fearing that they were in danger of being surrounded, retreated across the hills to the Hitler Line, leaving mainly troops too badly  wounded to move and a skeleton unit to cover the retreat. On the early morning of the 18th May 1944 a Polish patrol took the monastery with light casualties, and hoisted the Polish flag, the White Eagle of Poland. The monastery remained ruined until after the war.

The dead  and wounded numbered 55000 Allied troops and 20000 Germans. The battle was a costly victory.

After the war Abbot Diamare's successor Ildephonse vowed to rebuild the monastery with his own bare hands if necessary, but Pope Pius the Twelfth broadcast a call for help, and in 1949 the Italian state took over responsibility. This was only fair, as the state was the owner, so was the responsible party. Such a great public work provided much needed jobs in the crippled Italian economy. The monastery that you see in the picture is the rebuilt one.

The  rebuilding produced a fortuitous discovery, for builders discovered the long lost tombs of St Benedict and his sister, Saint Scholastica,  founder of the order of Benedictine nuns in conjunction with her brother. Italian Catholicism revels in ornate churches and shrines, and the two saints' place of repose is typically Italian.  Set in a prominent position in the monastery church the beautiful tomb is a shrine and place of pilgrimage.

Yet the monastery became a site of reconciliation when in May 2019 British and German delegations visited the battle site to remember the dead. All men in their nineties, they met as friends with animosity put behind them. The encounter took place in a spirit of mutual respect. This is  what a monastery should be about, bringing the peace and love of God  into the world.

Thank you, Frank, for your explanation. Thank you for your note on the word trooper as well. Speaking of which, you mentioned how your father didn't want to remember the war. Same with one of my grandfathers, who was old enough to fight in WWII. He said he dreamed about battlefields and shells exploding quite often, and he wasn't even a trooper or in the infantry. He was some kind of ajutant.

I am in full agreement with you about the importance of the EU and the wrongness of Brexit. I have written before that Brexit is a right wing attempt to get rid of the workers' rights promoted by the EU. Right wingers have misled the element in the British populace who think that we are still powerful, and they have sold monstrous lies to the British working class, blaming the EU for the problems that were caused by our own government.

Why no second referendum? Easy, the hard right wing suspect that they would lose it, and the ruling party in the UK is dominated by them.

By the way, note that I described my father as a trooper. Trooper is a term for an ordinary soldier in one of the old cavalry regiments, though he was in an armoured car .

This is a very moving piece! Europe has gone through so much through the centuries, which is all the more reason to celebrate the European Union today. It's a large body and the challenges are many, but it has accomplished so much since its inception. I am so sorry about Brexit, but heartened to see that there are so many who'd want a second referendum. I can't understand why they are not doing this second referendum.

Andrew [my son] told me that it was the anniversary, and so in memory of Dad and all who were present at the battle I knew that something had to be written. I have reported all that he said about the battle and so have no more to tell.

You were not present in the room when Dad had to walk out [only Dad, Barney and I were there] otherwise I would have mentioned you.

Ouch, ouch ouch ….. as soon as I saw the words Monte Cassino in the list of new titles my mind went to my / our Dad. I didn't know you'd written it at first.

I read this whilst feeling his pain but I am glad that in putting it on Wizzley, his experience will not be forgotten.

Cultural artefacts were returned to their owners.
I do not know the fate of the rubble.

frankbeswick, Thank you for your experiences and your father's reminiscences as well as the back- and front-stories and product lines. Are the cultural artifacts still at the Vatican? What happened to the physical evidence of war, to the rubble? Was it gathered together for memorial incorporation or storage somewhere, was it integrated within the post-war reconstruction or was it some other fate, such as -- perish the thought -- landfilled somewhere?

Yes,indeed. There were many experiences from his time in North Africa, Italy and in post-war Greece, few pleasant,most horrible.

A story takes special meaning when it gets personal. Recounting your father's experiences must have been rewarding for you. 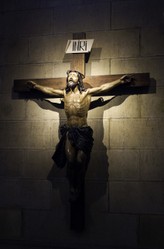 A Visit to the Giant's Causeway20 days ago